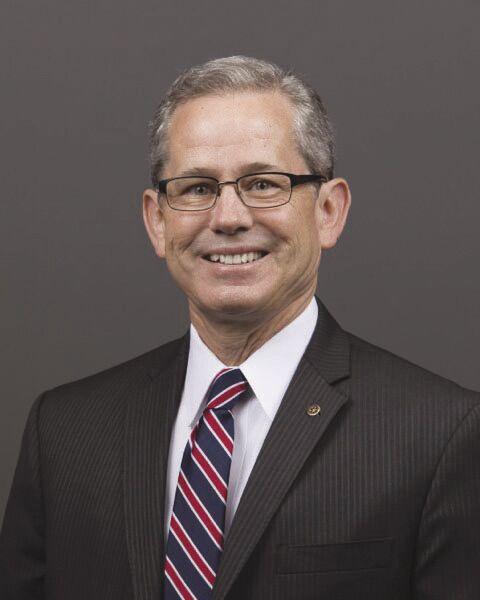 By Bonnie Arnold at the Hill Country Community Journal, October, 30, 2020

Kerrville City Council held a special session Oct. 21 to discuss a subdivision development agreement with Lennar Homes of Texas Land and Construction, Ltd., to build “affordable homes” on city-owned property located in the 3200 block of Loop 534.

Council first met in closed session with City Manager Mark McDaniel and others, to discuss the proposed agreement with Lennar for single-family homes to be built across the new portion of Olympic Drive from the new Hal Peterson Middle School and across Loop 534 from Tivy High School.

The agenda said Lennar Homes seeks to partner with the city for development of a new residential subdivision on 33.81 city-owned acres for workforce or moderate-income housing, initially net-priced between $185,000 and $227,000. This price range is up to 80 percent of “area median family income” as determined by the Texas Department of Housing and Community Affairs. According to Lennar, the subdivision would include about 125 lots, each an average of 45 feet wide.

McDaniel’s recommended action at the end of the one-hour meeting, including open session, was to authorize him to execute a residential subdivision development agreement with Lennar Homes, founded in 1954 and based in San Antonio, to develop this housing, in an agreement substantially the same as presented.

Council spent about 15 minutes in closed session. When the open meeting ended about 45 minutes later, and after a handful of citizen speakers with mixed comments, council voted 5-0 to approve McDaniel’s request to proceed with an agreement.

In the agenda, Lennar provided single-page illustrations and floor plans for six home models, ranging from 1,034 to 1,874 square feet, with two to four bedrooms, two-car garages, and the largest one, a two-story home.

No one from Lennar spoke in person in open session.

McDaniel discussed the design and development agreement with illustrating slides, saying this proposal is anchored in the Housing Chapter, Kerrville 2050 Plan. He said the city-wide plan includes potential funding for financial incentives or infrastructure funding; and Lennar’s homes illustrated at this meeting were priced at $200,000 and below.

He said a strategic housing plan completed in 2019 defined a city policy for financially assisting developers with public infrastructure costs, in return for housing developments priced at this level. They can use land owned by public agencies for this. The city came up with the $227,000 maximum price.

Previous efforts date back to 2016, he said, but no awards were made due to incentive levels requested, or developers’ abilities to build the homes in a reasonable period of time. This property is valued by the city at $1,690,000, plus $5 million for infrastructure. McDaniel said price adjustments are allowed as the TDCHA definition of “area median family income” changes, or if materials costs increase under agreement guidelines. If those costs increase more than 2.9 percent, Lennar would have to get council permission to increase home prices.

His approximate timeline was an agreement Oct. 21, “due diligence” into November; annexation, zoning and platting, four to six months; “closing” 15 days after agreement with the developer is approved; and then commencing home construction within 18 months. The agreement is expected to include constructing a minimum of 10 percent of the homes within 30 months; and 10 percent more homes each year after.

Council asked a few questions of McDaniel, with Mayor Bill Blackburn asking why the price point of each home can’t be lower, where some research says “workforce pricing” should be. McDaniel said it’s just the cost of construction. He said they set a policy with EIC that if a developer keeps the price at 80 percent of AMFI, fine; if they can’t meet that benchmark, there’s no incentive to builder. He called Lennar a “production builder” with larger sizes and numbers of vendors, who can do this at a cheaper cost.

Asked if the builder can return with requests for more money for changed items, McDaniel said it would have to be mutually agreeable and council would have to approve it.

Asked if Lennar would hire some local workers, McDaniel said that’s unknown, but because of transportation costs he expects they would. “This is a test of the market for this kind of housing.”

Five citizens registered to speak to council, four in person.

Read by a city staffer, the first one, a local banker, generally questioned “a desperation move by city officials to check a box on the 2050 Plan,” and “a rushed decision,” while estimated costs can’t be maintained long-term. He said a deal with Lennar “writes out” the local builders who would like a chance at this. He did add those builders are constructing homes selling for $125,000-350,000. Lennar’s prices put a cap on home prices locally the next 5-7 years, he said.

“You’re telling the locals they don’t matter. You can’t sugar-coat it. It is what it is.”

He said he recommends a deal like this, but for a local developer, and warned if they proceed, local builders may find another home. He said council was “playing an unfair game.”

Councilwoman Kim Clarkson responded, she wished a local builder would do this; that they let it out for bids three times and got no responses. She said the home price differences noted mean a different market and different buyers.

KEDC Executive Director Gil Salinas said his office and Kerrville have Killdeer Mountain Manufacturing asking about housing now, for workers to CEOs; and other companies will be asking, too, including Kerrville State Hospital, All-Plastics, James Avery, Prime Metal Buildings, Peterson Health and Fox Tank plus new ones related to KMM’s avionics jobs.

Barbara Dewell said she saw no previous notice of this decision, and doubted citizens had opportunities to talk with council except at this meeting, where it was an action item. She asked them to delay their decision, to get more information. She said she was concerned about the current proposal, first because she saw a KCAD valuation for a 6-acre portion of this on the Loop at a much higher value; and future growth from there, east, makes this price “giving it away.” She visited like Lennar homes in San Antonio, she said, and selling prices were lower. The city is “allowing Lennar too much money especially if they are giving them the land for free. This is not ready to go forward,” she said.

John Harrison asked council to approve this, knowing they will see it again from a financial viewpoint. He said they had the choice of selling the property and banking the money for interest it could earn, or investing it in housing where it will return $500 million in taxes to the city and other entities.

Bruce Stracke said this project makes a lot of sense, is well put-together, and the math works. The city could sell the property at its appraised value, but wouldn’t know who would be using it. In the Lennar project, he said, the residential use drives the price. “The magic with these guys is they will build houses and sell them. This is the thing we should do.”

He said this price point for homes is not here, and it’s needed badly. The highest and best use is residential, not commercial. Lots of local builders are good, but aren’t “production builders” like Lennar, who has the money and is willing to take the risk. Stracke called Lennar a “ready, willing and able” buyer; and said this project fulfills the 2050 Plan.

After the motion to approve was offered, Blackburn said about 66 percent of Kerrville workers in the city live outside the city; and it’s not right. This housing encourages young folks to stay in town, he said.

Public Fridges Popping Up In Food Insecure NeighborhoodsHow Will Ex-Californians Affect the Election in Texas?