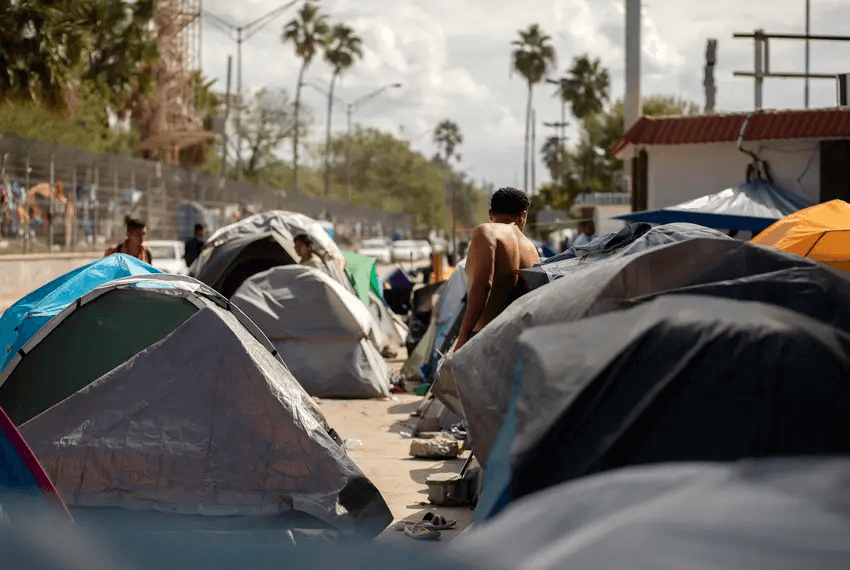 By Julián Aguilar at the Texas Tribune, October 19,2020

The U.S. Supreme Court announced Monday it will hear cases challenging the Trump administration’s use of Pentagon funding to pay for a border wall and its policy that has kept tens of thousands of asylum seekers waiting in Mexico while their cases are pending.

In the border wall funding case, the high court will consider a challenge to the Trump administration’s use of about $2.5 billion earmarked to pay members of the U.S. military to instead fund construction of part of his long-promised wall on the southern border. That case, Sierra Club v. Trump, was brought by the ACLU on behalf of the Sierra Club and the Southern Border Communities Coalition.

Earlier this month, the 9th U.S. Circuit Court of Appeals ruled that the administration could not use $3.6 billion in military construction money to build parts of the wall, including projects in the El Paso and Laredo areas. Gloria Smith, managing attorney at the Sierra Club, said the Supreme Court will hear the larger case that challenges the use of both types of Pentagon funding.

“Stopping this wasteful and irreversible damage is long overdue, and we look forward to making our case before the Supreme Court,” she said in a statement.

The other case focuses on the Migrant Protection Protocols, also called “remain in Mexico,” which require most asylum seekers to wait in Mexico until their immigration court hearings in the United States.

Implemented as a way to deter migrants from seeking asylum, the policy has sent about 60,000 asylum seekers, most of them from Central America and Cuba, across the southern border. The program launched in El Paso in March 2019 before expanding to the Laredo and Rio Grande Valley areas of Texas.

The program was widely criticized by immigration attorneys and advocates, who said it endangered thousands of vulnerable asylum seekers by sending them to Mexican border states that have seen sustained violence.A May 2020 report by Human Rights First documented more than 1,100 reports of rape, extortion, kidnapping and other crimes by migrants after the policy took effect.

Attorneys have also argued that the program makes proper representation nearly impossible because they can’t easily locate or communicate with clients who are staying in migrant shelters or have no place to live.

After a lawsuit was filed by the American Civil Liberties Union, the Center for Gender & Refugee Studies and the Southern Poverty Law Center, the program has been blocked by lower courts, only to be allowed tocontinue by those same courts.

“Asylum seekers face grave danger every day this illegal and depraved policy is in effect,” Judy Rabinovitz, the ACLU’s lead attorney in the case, said in a statement. “The courts have repeatedly ruled against it, and the Supreme Court should as well.”

Rabinovitz said it’s not clear when the court will consider the case, but the timing could hinge on the presidential election next month.

“There are reasons to go at least slower to see who wins the election because [Democratic nominee Joe] Biden has put it on the top of his list to rescind the policy,” she said. “If that’s the case, it means [the lawsuit] will likely become moot.”