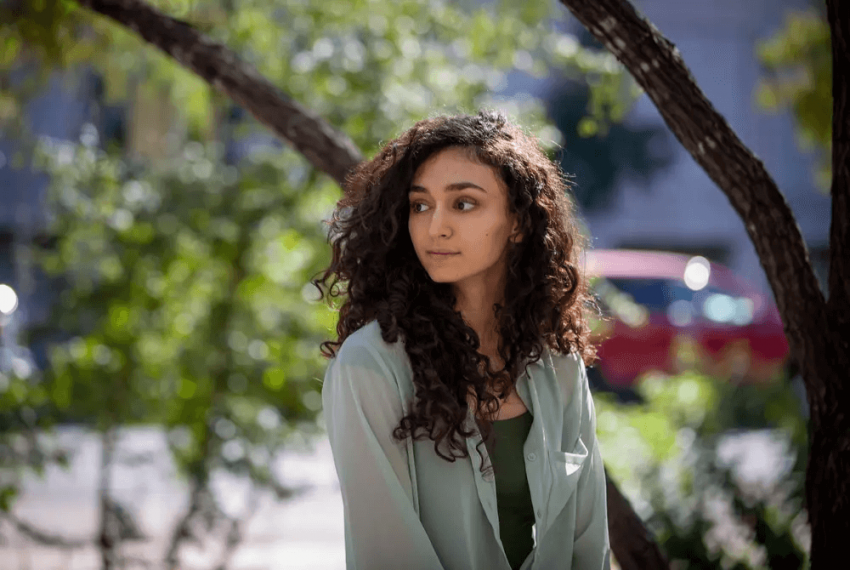 The U.S. census count ended abruptly last week after several deadline changes amid a legal fight with President Donald Trump’s administration. But the length of time people had to respond makes little difference to Arab Texans, who say they will once again be dramatically undercounted and suffer another 10 years of underrepresentation.

That’s because they’re told to identify as white on the all-important national count.

The census does not include an option for people to identify as Middle Eastern or North African Americans. Advocates say that subjects Arab Americans to a lack of political representation. They also say it’s more difficult to receive grant funding for health and social services that are funded with at least $675 billion in federal money distributed annually to communities with the help of census data.

Janet Abou-Elias, vice president of the University of Texas at Austin Arab Student Association, said that, among other things, having to identify as white on the census is limiting.

“It really kind of makes our community invisible,” she said.

According to Yalla Count Me In, a joint project of the Arab American Institute Foundation and the American-Arab Anti-Discrimination Committee, the number of Texans who claim an Arab ancestry more than doubled since the census first measured ethnic origins in 1980, and they are among the fastest-growing Arab populations in the country. The Census Bureau estimates the statewide population is close to 196,337.

However, the Arab American Institute estimates that number to be higher. While the Census Bureau has counted Arab Americans through an ancestry question on the long-form census and American Community Survey, a smaller demographic survey conducted by the bureau, the question identifies only a portion of the Arab population. The institute partly attributes an undercount to the placement and limitations of the ancestry question.

Maureen Wassef, a health science studies senior at Baylor University, said Middle Easterners and North Africans having to label themselves as white essentially denies them the ability to recognize their life experiences and doesn’t garner the representation or federal benefits that other racial and ethnic groups receive.

“It makes me really upset,” Wassef said. “Our culture and our looks don’t really align with the specific category they put us in.”

Shariq Abdul Ghani, director of the Minaret Foundation in Houston, said the exclusion of a Middle Eastern or North African category on the census can send a message that an entire group of peoples’ identities don’t matter.

“I believe there will be a subconscious feeling of ‘Are we still the other? Are we not a part and parcel of the fabric of our country, what makes this country so great?’” Ghani said. “While it may seem small to complain or to be annoyed by a checkbox, those checkboxes are essentially saying, ‘These are who are important to us, and this is what we see as important.’”

“I want to be the first of many”

The U.S. census is relied on during redistricting, a process in which government agencies use the new population counts, including race and ethnicity data, to draw new political boundaries. That includes deciding how to draw legislative and congressional districts and apportion seats in the U.S. House of Representatives.

Without an accurate count of their population, Arab Americans aren’t factored in during this part of the political process.

That may be why, despite having the third-largest Arab American population in the country, Texas has historically elected few Arab American lawmakers. One of the few examples is Abraham “Chick” Kazen Jr., who was appointed to represent a district including Laredo in the Texas House in 1947 and was later elected to the U.S. House. Kazen died in 1987.

There is currently no one who identifies as Arab American serving in the Texas Legislature or representing the state in Congress, according to a Texas Tribune analysis. Lulu Seikaly, who is running to be the first Arab American congresswoman from Texas, said that by not including a MENA category on the census, the constitutional duty to have an accurate count is not being met. Raised in North Texas, Seikaly is a first-generation American whose parents fled from a civil war in Lebanon.

“I’m used to not seeing myself reflected in our political process, but that’s changing,” Seikaly said in an email to the Tribune. “I don’t just want to be the first. I want to be the first of many, opening the door to other Arab women to run for office here.”

Seiklay is running against U.S. Rep. Van Taylor, R-Plano, who won his seat that covers suburbs north of Dallas in 2018 with 54.3% of the vote.

“When representatives reflect their communities, we can better come together and tackle major issues like health care and make the changes our communities want,” Seikaly said.

But the Trump administration did not support the bureau”s recommendation or an Obama-era proposal to change the federal standards on race and ethnicity data. And in 2018, the bureau announced it would not include a MENA category.

“We do feel that more research and testing is needed before we can proceed to implement or propose to implement a separate Middle Eastern or North African category,” Karen Battle, the Census Bureau chief of population, said in 2018.

Advocates for the option blamed Trump, who targeted Middle Eastern and North African countries in a travel ban enacted almost immediately after he took office. The president’s executive order banning travel from Iraq, Syria, Iran, Sudan, Libya, Somalia and Yemen for 90 days led to the detainment of several immigrant travelers at Texas airports.

Zahra Ali, a member of the New York-based Arab-American Family Support Center’s resource development team, said the travel ban, combined with other moves, has made some Arab Americans and other immigrant communities suspicious of the census and voting. That includes a proposed citizenship question for the census, which the Supreme Court blocked in 2019, and what’s called the public charge rule, which aims to disqualify immigrants from receiving green cards or permanent residency if they use public benefits or if the government considers them likely to rely on them.

“Many of our community members have told us they fear the census will be used to target immigrants and could result in deportation and family separation,” Ali said.

If Arab Americans had been granted their own category, they could have gained the “language minority group” status under the Voting Rights Act. Local and state governments rely on census data to ensure districts with higher numbers of non-fluent English speakers are provided with bilingual poll workers and translation services. According to the Pew Research Center, more than 1 in 3 Arab Americans speak English less than “very well.”

Without essential language assistance through the state or federal government, civic groups have had to step in to provide Arabic-speaking voters with translation services. Ketam Hamdan, director of development for the the An-Nisa Hope Center in Houston, said it offers classes in Arabic on how to vote and who’s on the ballot for those who only speak their native language.

As a volunteer English-as-a-second-language instructor at the Fort Bend Literacy Council and an Arabic Sunday school teacher, Dalia Abou-Zeid said she sees some indifference within the Arab American community when it comes to voting.

“When they don’t understand the language or don’t feel represented, I feel a lot of them may be very indifferent with regard to politics,” Abou-Zeid said. “So that just puts us in a cycle of people who don’t vote because they don’t see that they’re represented.”

Some Arab Americans also worry about the services their children may miss out on as a result of not being counted in the U.S. census.

“They won’t get the help they need,” said Abou-Zeid, who is also co-chair of the Minaret Foundation’s Muslim Women’s Forum. “The school districts won’t be able to provide, for example, teachers or [English and language arts] instructors or anybody who can fit their needs. They fall through the cracks.”

For some federal grant programs, funds are dispersed to particular agencies to allocate on a competitive basis. Without specific population numbers from the Census Bureau, Arab communities in Texas may find it difficult to justify their need to these departments.

“Our community is extremely underserved regarding social services,” Khalaf said. “When a social service organization applies for a grant to provide social services for the Arab community in a specific town, if they don’t have that number of how many Arab Americans are usually there, it’s very difficult for them to quantify what the need is.”

Ali, with the Arab-American Family Support Center, said the disparities among the Arabic American community it serves — including food, housing and job insecurity, as well as language inaccessibility — have been exasperated by the COVID-19 pandemic.

“External data is useful so that we understand how specific events, like COVID-19, or how specific things affect communities broadly,” Ali said.

Abou-Elias, the UT-Austin student, said knowing there are so many Arab Texans that aren’t being counted or recognized is disappointing and unsettling.

“It’s impactful in the sense that you feel like you’re not being represented,” Abou-Elias said. “There’s a clash between your identity and what you have to identify as, and also you’re not receiving the institutional benefits that should be allotted for the communities.”