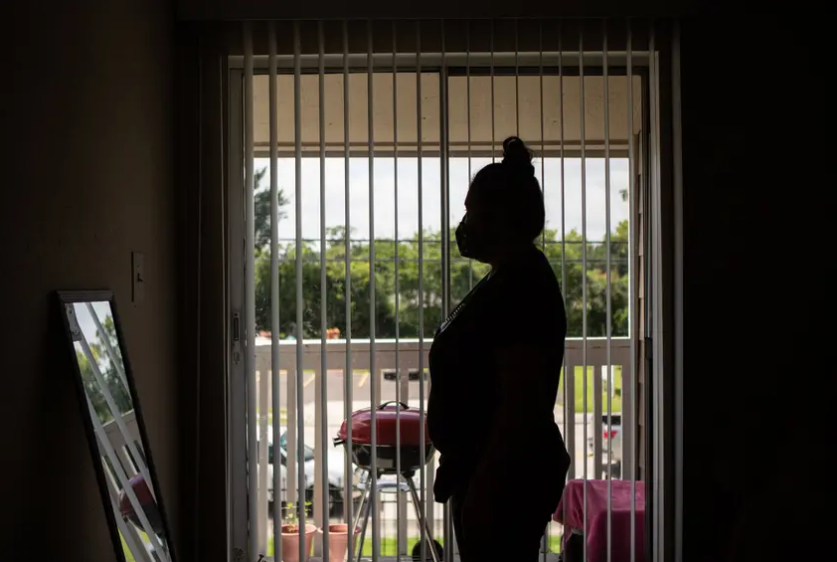 Planned Parenthood employees are scrambling to help find new doctors for thousands of low-income patients after Texas officials and a court order booted the women’s health provider from Medicaid, the federal-state health insurance program for the poor and disabled.

Experts say there’s a scarcity of places low-income patients can receive non-abortion services like cancer screenings, in part because Texas already has a shortage of doctors who accept Medicaid due to the state’s low payment rates. The coronavirus pandemic has also upended some health providers’ operations and left others with long waiting lists, meaning new patients could face a lengthy delay before they can come in for an appointment. The state’s health commission gave Planned Parenthood’s Medicaid patients until Feb. 3 to find new doctors.

“I just checked with the largest OB-GYN private clinic … the wait time [to get an appointment] is no longer three months — it’s six months,” said Lisa, 38, an affected patient who said she has no idea where she’ll go to get medical care.

Lisa is one of more than 8,000 Medicaid patients, many of them women of color, who were seen at Planned Parenthood clinics across Texas in 2019. The organization’s website says those patients will soon not be able to use their coverage at Planned Parenthood due to “political decisions” from the governor and courts. The clinics offer preventive and reproductive health care — including annual checkups, treatment for sexually transmitted infections, and long-active contraceptives, like intrauterine devices that are more effective than birth control pills but require specialized training to insert. They also give primary care, like treatment for chronic conditions like diabetes, and for depression and anxiety.

A mother of two, Lisa needs to be regularly screened for HPV, or the human papillomavirus, a sexually transmitted disease that can lead to cervical cancer. She is being identified by her first name because she said she is a domestic violence survivor and fears for her safety.

She first learned she had HPV after being screened at a private clinic, and then came to Planned Parenthood so she wouldn’t have to wait “months and months” for treatment.

The type of the virus she said she has is “very aggressive. It can spread… If we’re not able to access immediate health care, I mean, we’re just waiting around for something bad to happen,” she said.

In 2018, she fled her abusive marriage and went to Planned Parenthood Gulf Coast to be tested for sexually transmitted infections and to get referrals for pelvic therapy and reconstruction after rape, she and a spokesperson for the health provider said.

She’s since received annual exams and cancer screenings at different Planned Parenthood locations in Texas, and said it was the only place where she could get same-day appointments while on Medicaid.

Dr. Bhavik Kumar, a spokesperson and medical director for primary and trans care at Planned Parenthood Gulf Coast, said employees were in the “early stages” of telling their Medicaid patients about the loss in coverage earlier this month; they have since sent out letters and electronic messages to let them know. He is worried some of his patients will not be able to get prompt appointments for time-sensitive health needs, like birth control, and expected some might forgo health care altogether if they face too many difficulties finding another affordable doctor.

Only 41% of physicians — 30% of obstetrician-gynecologists — were accepting all new Medicaid patients, according to a 2016 survey from the Texas Medical Association, and another 21% were taking some. Many cited “inadequate” payment through Medicaid and Medicare as a reason for not hiring new doctors.

Dr. John Thoppil, president of the Texas Association of Obstetricians and Gynecologists, said the reimbursement rates for Medicaid in Texas are low compared to other states — and can be four to six times less than that offered by private insurers.

“Not only [is Medicaid] a very cumbersome program from a regulation standpoint, it is a sometimes [medically] challenging patient base that requires more resources and time that you are fighting for a very, very low reimbursement,” Thoppil said. “Many of us especially in private practice would love to do it. Just financially it is difficult to afford to run the business. You’re often losing money.”

Far fewer people are eligible for Medicaid in Texas than in other states. Adults must be disabled or parents and, even then, a single person with two kids cannot make more than $230 a month to qualify. That’s about $2,760 a year, a fraction of the federal poverty level.

Because most people have to be so “destitute” to qualify for Medicaid in Texas, Thoppil said he is just as concerned about access to the state’s Healthy Texas Women program for low- and middle-income residents. A large number of providers listed as participating in the program online, may not be taking new patients, he said.

Dr. Emily Briggs, a family physician in New Braunfels, takes Medicaid patients even though it hurts her practice’s bottom line and requires more administrative work for her employees. She’s motivated by a “calling — rather than anything that is financially sound,” she said.

Because there aren’t enough providers who take Medicaid, those who do “end up getting inundated with patients” who say they have nowhere else in town to turn. But she “can only take care of so many people” creating a “false” sense that nearby residents might have good access to affordable health care, said Briggs, a former chair of the Texas Medical Association’s committee on reproductive, women’s and perinatal health.

Advocates are skeptical other health care providers will be able to take on thousands of new patients during a pandemic that has already driven up demand for affordable health care.

Federally funded Title X clinics, that provide reproductive health care to low-income people, have been “underfunded for years and, without additional resources, are not in a position to suddenly absorb thousands of clients,” said Kami Geoffray, CEO of Every Body Texas. The organization supports Title X clinics in Texas and distributes the federal funding to them.

Stacey Pogue, a women’s health policy expert at the left-leaning think tank Every Texan, said providers who accept Medicaid might not be taking new patients — and, if they are, they might not offer certain kinds of contraceptives, which must be promptly provided to continuously prevent pregnancy. Others might not be close enough to drive to.

“It’s a hassle for anybody to have to switch doctors, but when you’re talking about a very low income population and care that is so personal,” Pogue said,“it might be really hard to replace Doctor A with Doctor B.”

A spokesperson for the state’s Health and Human Services Commission referenced a recent letter the agency sent to Planned Parenthood when asked where else the Medicaid patients could receive health care. The letter, dated Jan. 4, offered the health provider a 30-day grace period to help its patients find new doctors, but said a 2020 court order stopped Planned Parenthood from participating in the state’s Medicaid program going forward.

The court decision stemmed from a secretly recorded and highly edited video — released by anti-abortion advocates in 2015 — that suggested abortion providers at Planned Parenthood sold fetal tissue for profit. Investigations of the video were unable to verify its claims, but its release sparked outrage from the state’s Republican leadership who sought to sever the organization’s Medicaid funding.

A lower court blocked the state from cutting off Medicaid funding to Planned Parenthood in 2017, but the conservative 5th U.S. Circuit Court of Appeals in November sided with Texas officials.

Republican state Attorney General Ken Paxton, whose office waged the court battle, has said the conduct in the videos was “morally bankrupt and unlawful” and painted Planned Parenthood as an unqualified provider.

Gov. Greg Abbott, who pushed to expel Planned Parenthood from Medicaid, did not respond to a request for comment.

Planned Parenthood has donated fetal tissue for research, which is legal.

Advocates fear the court decision could hinder women’s and men’s ability toaccess preventive and sexual health services. They cite studies that tracked what happened after Texas lawmakers pushed Planned Parenthood out of its Medicaid-funded women’s health program in 2011 — prompting the Obama Administration to withhold federal support because the restriction was “not permitted under federal law.” The Legislature also slashed the state’s family planning budget that year.

In the years that followed, patients who had depended on Planned Parenthood faced difficulties finding a new health care provider, according to researchers with the Texas Policy Evaluation Project. Those who did sometimes had to schedule several visits before they could get birth control. Others found the contraceptives they preferred — be it shots that last for three months or matchstick-sized implants in the arm — were not offered by their new doctor.

“What we saw at that time is that patients living in counties where there were Planned Parenthood Affiliates — there was a decrease in people being able to get the long acting reversible contraceptives, being able to get on-time injections” to prevent pregnancy, said Kari White, lead investigator of the Texas Policy Evaluation Project, which was formed to research the changes after 2011. There was an increase in Medicaid-births among people who had been relying on contraceptive shots, White said.

The state has rebuilt its women’s health program, though gaps remain, and the Trump Administration last year signed off on restoring its federal funding.

For now, Lisa, the Medicaid patient and a mother of two, is unsure where she’ll turn to for health care. She grew up in a conservative family and received little sexual education before college, when she came to Planned Parenthood for the first time to get birth control, she said.