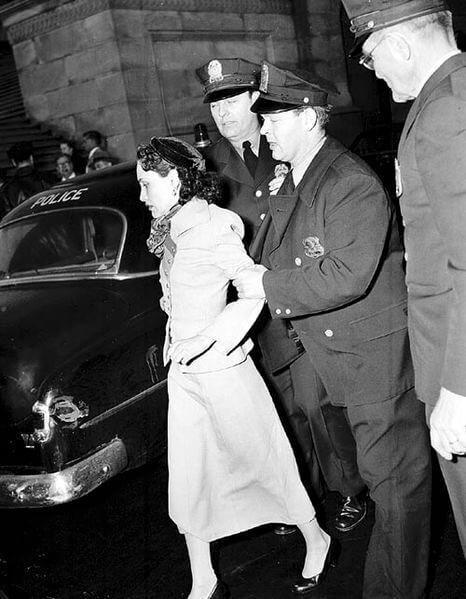 The Jan. 6 siege was a rare moment when violent actors made their way into the U.S. Capitol. But it wasn’t the only time in modern American history that has happened.

On March 1, 1954, four armed members of the Puerto Rican Nationalist Party, led by Lolita Lebrón, stormed the Capitol. Five people were injured; no one died. Their goal? Freedom for Puerto Rico.

University of Kentucky history professor Karieann Soto Vega told Texas Standard that Lebrón was the only woman in the group, and she was prepared to die for its cause.

“Lebrón had a note in the purse that she had where she stated that she was there to die for the freedom of her country,” Soto Vega said. “So it was definitely something that they knew would end badly for them. And it was very much a cry for attention … for international attention to the colonial situation in Puerto Rico.”

Soto Vega says unlike other members of the group, Lebrón shot her gun at the ceiling, not at any members of Congress,

By the time Lebrón’s group attacked the Capitol, the Puerto Rican Nationalist movement had already been active for about 20 years. It wasn’t just a militant group, but it did confront U.S. police in Puerto Rico, and two members attempted to assassinate President Harry Truman in 1950.

Lebrón did not die in the 1954 attack. Instead, she was sentenced to 50 years in prison, where Soto Vega says she was abused through shock treatment and other means. Her sentence was eventually commuted by President Jimmy Carter in 1979.

Looking back at the 1954 event, Soto Vega says it makes her think about the divergent treatment received racial justice protesters, and violent actors at the U.S. Capitol. Black Lives Matter protesters fighting racial injustice and police brutality were met with heavy response by law enforcement over the summer, she says, while the pro-Trump mob on Jan. 6 was able to easily overcome Capitol Police.

“I would even call it a bit of coddling that the perpetrators are receiving,” she said. “It’s impossible to [ignore] the difference between the way that whiteness is being treated and how people of color or even left-wing activists are immediately feeling the wrath of that kind of censorship that we’ve noticed in the past four years.”

Law enforcement, District of Columbia officials and news outlets are trying to piece together the security and intelligence failures that led to the Capitol riot.

In Puerto Rico, the revolutionary spirit of Lebrón is still very much alive. In 2019, several politicians and activists calling themselves “Las Lolitas” organized events in remembrance of Lebrón.

“She represents the revolutionary spirit of Puerto Rican people who want to thrive … who don’t want to have a condition of austerity, of precarity, and who have the utmost conviction that through independence they will be able to be free,” Soto Vega said.

Meanwhile, the island is divided about what independence looks like. Just over half of Puerto Ricans voted in favor of U.S. statehood last year. It’s up to Congress to decide if that will happen.