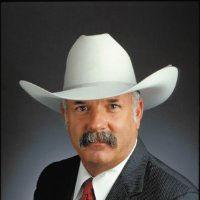 McIlvain has served as the KCVB’s chief executive officer since October 2012.

McIlvain presented a letter to the KCVB Board of Directors at their October Board Meeting announcing his intention to retire, however, he wanted to provide notice well in advance to ensure a cohesive leadership transition as he completes a 47-year career as a Destination Marketer/Manager.

McIlvain began his career as a student at New Mexico State University, where he developed the Las Cruces Convention & Visitors Bureau for a senior marketing project in 1974. He worked in the hotel industry and the automobile industry prior to that.

During his career, he worked for the Odessa Chamber of Commerce as Marketing Vice President; developed the City of Farmers Branch Marketing Department, responsible for tourism and economic development activities in taht North Dallas suburb; and the Fort Worth Convention & Visitors Bureau as Director of Tourism..

In 1992, he left the public sector when he and his wife, Ronda, developed Idle time Tours Inc., a Texas wholesale tour company that developed and operated Texas tour programs and iteneraries for tour operators and their clients worldwide.

He and Ronda also developed Texas Destinations, a destination marketing organization that promoted and marketed many cities in Texas as well as the State of Texas to the group travel market.

The McIlvains also purchased a research company that conducted travel research for cities throughout Texas. In 2005, McIlvain returned to the public sector, working for the City of Granbury as their CVB Director, where he oversaw the construction of that City’s Conference Center, which once completed, he managed for three years, managed the Historic Granbury Opry House Theater and the City’s trolley system.

He was hired as the Kerrville CVB director in October 2012, taking over a well-established operation developed by longtime CVB Director Sudie Burditt.

During his tenure, the Kerrville Convention & Visitors Bureau staff has rebranded the community twice, most recently as “The Capital of the Texas HIll Country,” developed and updated all collateral material, added social media and television advertising to the marketing mix, implemented the digital sign located in the Visitor Center Parking lot, promoting area events and activities; and, Kerrville experienced an increase in hotel occupancy each year during his tenure. Hotel occupancy in 2020 is still undetermined due to the COVID-19 coronavirus impact.

Throughout his career, McIlvain has served in various leadership positions, including serving on the board of directors of every statewide travel industry organization in Texas and has served as the chairman of all, expected the Texas Travel Industry Association’s Ground Transportation Council. He has served on the board of Directors of the Texas Association of Convention & Visitor Bureaus twice, including president of that organization in 2011.

He also served eight years on the Board of Directors of the National Tour Association, a travel industry association compiled of approximately 4,000 members in the United States and numerous international countries, and served as president of that organization in 2003.

He has been an instructor for the Texas Hotel Lodging Association’s Hospitality Program at University of Houston’s Conrad N. Hilton College of Hotel and Restaurant Management, and served on the Best Western Hotel Chain’s Tourism Advisory Board.

In 2010, McIlvain received the Gene Phillips Hospitality Award, presented by the Texas Department of Transportation, one of two of the highest recognitions of the travel industry in the State of Texas.

“My tenure in Kerrville has been most gratifying. Current and past Board members, that I report to, are well respected, highly qualified, experienced community and industry leaders, that have allowed me to produce products and programs that have moved our organization and the community forward,” McIlvain said. “I value the great relationship I have with the CVB’s dedicated volunteers, who possess years of Kerrville and Texas Hill Country experience; and, I ve been fortunate to work with an exceptional staff, whose dedication, expertise and talent is cited throughout the community and the Texas travel industry.”

I have had a very rewarding career. I’ve benefited from each destination I’ve served, worked with top industry professionals in Texas, nationally and internationally and experienced the excitement of industry growth and transition. I’m fortunate to end my career in Kerrville.”

In retirement, McIlvain said he and Ronda plan occasional travel … for enjoyment and not work related, spend time on their Johnson County farm and continue to restore, drive and enjoy antique and classic cars and trucks.

“We’ll continue to reside in Kerrville spending time with our many friends and continue to enjoy the exceptional ‘Quality of Life’ that I’ve promoted for the past eight-plus years,” McIlvain said.

Kerrville CVB Vice President and COO Julie Davis, was promoted to the President/CEO position, effective Jan. 15, by the Kerrville Convention & Visitors Bureau Board of Directors during their November board meeting. “Promoting Davis, who has been with the Kerrville CVB since 2002, will provide an effortless leadership transition,” Lisa Winters, KCVB Board Chair, said.