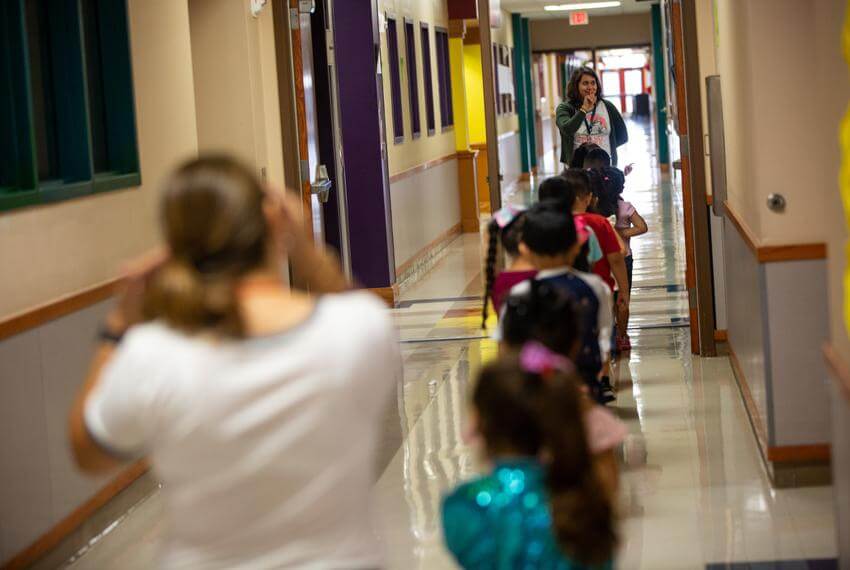 By Aliyya Swaby at the Texas Tribune, November 6, 2020

Texas has failed to prove it did enough to overhaul a system that illegally left thousands of public school students who have disabilities without needed special education services, according to a letter federal officials sent the state last month.

A 2018 federal investigation found the state had been effectively denying students with disabilities the tools and services they need in order to learn, in violation of federal law.

After visiting 12 Texas public schools in May 2019, the U.S. Department of Education did not find sufficient evidence Texas had done what was necessary to reach all the students who were previously denied special education services. Texas also didn’t show proof it had provided school districts with clear guidance on their responsibilities under federal law, leaving school officials with “continued confusion” about how to interpret it.

Federal officials “cannot determine, in the absence of additional and up-to-date information, whether these actions have been sufficient to fully address the noncompliance identified” in the initial federal investigation, the letter reads. The Texas Education Agency has 90 days to respond from the date of the letter, Oct. 19.

The federal letter is in response to one TEA sent Oct. 5 asking for feedback from the monitoring visit more than a year earlier. “Because TEA has completed all of the required corrective actions and has not received additional feedback from [federal officials] to the contrary, the agency respectfully requests the closeout of the corrective action and that Texas be returned to a status of ‘compliant,'” the agency wrote in that letter.

In a statement to The Texas Tribune, the TEA said it is in the process of responding to the most recent federal letter and is “confident in the progress we’ve made on behalf of our state’s students served by special education.” The agency said it has been working with the federal government to implement its special education overhaul, and the letter came as a “culmination of our collaboration … to demonstrate how our agency has effectively implemented the activities of our Corrective Action Response.”

The TEA also said it is “continuously working with [school districts] to close the gap between unidentified need and ensuring our students have all the supports they require” and that its actions have gone “significantly beyond what was required.”

The state’s actions on this issue hold high importance for the more than half a million Texas students who receive special education services through public schools — and those who have been left out.

Under federal law, school districts are required to evaluate students thought to need extra help and work with parents or guardians to draw up annual plans to address those needs. For some students, that may be extra time to take a test, while others may need full-time aides or a team of specialists to help them speak or walk.

As early as March 2019 and until this October, the state education agencyhas repeatedly said it has fully addressed problems identified in the 2018 investigation.

But the federal government found otherwise on its monitoring visits. Although the TEA funded additional staff positions, offered grants to schools and bolstered state-level specialists, educators and parents interviewed by the federal investigators still said school districts were not following the law and were wrongly denying students extra help. Some told the federal government they questioned the TEA’s ability to properly enforce special education law.

Some of the changes TEA made have not done enough to improve school leaders’ actions, the letter says. For example, Texas revised its handbook on how schools should serve kids with dyslexia, the most common learning disability. The previous policy on dyslexia was ambiguous and may have directed some eligible students away from special education, the federal investigation found in 2018.

Despite the revision, many schools confused by the handbook are still consistently declaring students with dyslexia automatically ineligible for special education. One educator wrongly told federal officials that students with dyslexia did not struggle with reading comprehension or fluency, so they did not need additional services. “School staff referenced the Dyslexia Handbook as support for their current practices or, in some cases, a source of ambiguous guidance,” the letter reads.

And the TEA has not done enough to explain to parents their rights under federal law. Some of the information the TEA has included in state handbooks and parental guides is inaccurate or unclear and must be revised to be consistent with federal law.

The federal visit was conducted before the COVID-19 pandemic shut down in-person education for millions of Texas public school students, leaving students with special needs even more vulnerable.

Many parents said they already see their children, who have an array of behavioral, emotional and physical challenges, falling behind and losing important skills. They have been on their own to seek out services such as speech and physical therapy, while school districts struggled to adapt individualized learning plans to virtual education.

The TEA released suggested guidelines for schools to consider students with disabilities in their virtual learning plans, including access to technology such as audiobooks and screen readers. In the meantime, some parents have already left for private options, for which the state has provided some money.