Ingram mayor may resign by Monday 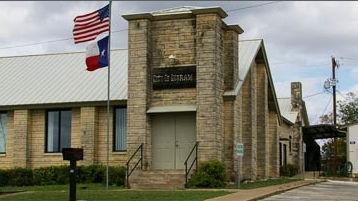 By Sean Batura at the Kerrville Daily Times, December 3, 2020

Although staff at Ingram City Hall had nothing in-hand as of Thursday afternoon, there are signs Mayor Brandon Rowan may submit a letter of resignation by Monday.

According to the Dec. 7 agenda for a special meeting of the Ingram City Council, councilmembers will discuss Rowan’s letter of resignation. An agenda item reads, “Discussion and action on acceptance of Mayor Brandon Rowan’s resignation letter,” and it appears that Rowan himself requested the agenda item.

The council also plans to discuss the police chief position, according on the council’s Dec. 7 agenda.

These resignations came after last week’s swearing-in of David Britton and Rocky Hawkins, who have joined forces with Councilmember Claud Jordan on the Ingram City Council as a faction newly in power at City Hall. These three men have at one time or another been litigants sued and prosecuted by the city, sometimes with the involvement of Griffin and Bosma.

Griffin, for example, attempted to have Jordan prosecuted three times, to no avail, at both district attorney’s offices and the state attorney general’s office. The city alleges Jordan is illegally refusing to pay a system access and tap fee for a property he claims should never have been connected and already was covered by federal grant monies.

Bosma is a defendant in a countersuit alleging politically motivated prosecutions and lawsuits over wastewater ordinances that require property owners to connect to available wastewater infrastructure and a minimum of $5,000 in fees for connecting nonresidential properties. The attorney for Britton, Hawkins, and Jordan, and other Ingram property owners in the same case, alleges the city illegally allowed certain property owners to connect for free, or to forego connecting, while unconstitutionally prosecuting Britton, Hawkins, Jordan and others. The city has denied these allegations and a hearing is slated for this month in 198th District Court.

Wastewater permit nixed in a nearby townWith Selling Handmade Goods In-Person Difficult, Some Artists And Business People Turn To Etsy