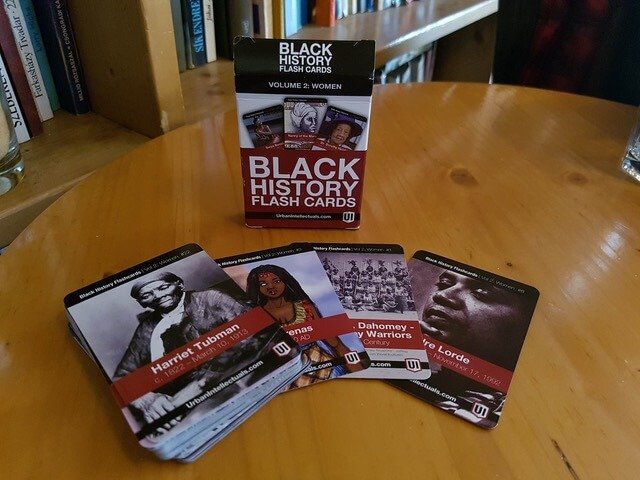 Freddie Taylor wants to encourage more intellectualism. He also says we still have a lot to learn about the global history of black people.

As Taylor learned more about that history, he shared that information with others. He eventually founded Urban Intellectuals so he could share with even more people. The company creates educational products “designed to write the global black community back into the pages of world history, and into the minds of the community,” he says.

Taylor was an athlete when he was younger, but he says he’s always thought of himself as an intellectual, too. And he wanted to share the knowledge he’d gained during his college years.

“The idea actually came around when I was introduced to Black Wall Street for the first time,” Taylor says. “It was [in] a history of economics course, which was like the greatest course I’ve ever taken in my life. “

He says that in pre-internet days, the history he was learning wasn’t easy for most to learn, so he created what he called “black history profiles,” selling them around his college campus, and charged only what it cost him to make copies.

Today, Taylor sells a series of black history flashcards, along with other products.

“There are actually seven different versions of our cards,” he says.

Each focuses on an aspect of black history, like women, science and engineering and Afro-Latin history.

Taylor says he’s motivated by trying “to stop depending on other people to write us into the pages.”

“Why don’t we just write our own stuff?” he says.

Now that the internet does exist, Taylor’s company has evolved, too.

“Our hashtag is #BlackHistoryEverySingleDay,” he says.

Trio nabbed in multi-county counterfeit operationOil and gas cleanups throughout Texas are on Biden’s agenda.