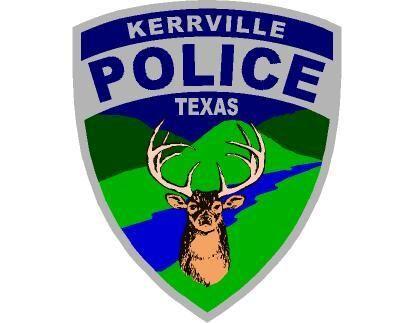 Kerrville Police Department (KPD) officers were able to stop a counterfeit operation that spanned three counties and ultimately was able to take two suspects into custody, while charges are being filed against a third suspect.

KPD Public Information Officer Jonathan Lamb the case began with a call on Jan. 27 at approximately 5:37 PM, when officers responded to a local business located in the 1800 block of Sidney Baker.

“The complainant reported that two people had come into the store, made a purchase using money that was found to be counterfeit and, then, walked across the street to Motel 6, located at 1810 Sidney Baker St.,” Lamb said.

According to Lamb, officers proceeded to the motel and were able to locate the suspects in two different rooms.

During the course of identifying the occupants of the room, Lamb said it was discovered that both Cantu and Leija had active warrants for their arrests issued out of Bexar County.

Cantu was wanted on charges of Forgery, Possession of a Controlled Substance and Theft of Property, Lamb said. Two warrants for Theft were outstanding for Cantu, he added.

“Investigators with KPD’s Criminal Investigations Unit, along with investigators with the Kerr County Sheriff’s Office, responded to assist with the investigation,” Lamb said. “A search of one of the rooms led to the discovery of various pieces of equipment and supplies used for manufacturing counterfeit bills. Further investigation revealed Cantu, Leija and Clark had been manufacturing counterfeit bills and were passing those bills throughout San Antonio, Boerne and then Kerrville.”

Lamb said investigators were able to determine that as much as $20,000 worth of counterfeit currency had been produced and passed through to various merchants over the course of several months.

“Due to the amount of counterfeit money being produced, the United States Secret Service San Antonio Field Office was contacted and a Special Agent has been assigned to assist with the case.

Although the case is still under investigation for potential federal offenses,  KPD officers met with a local justice of the peace to obtain arrest warrants, which were issued on Feb. 2. Clark arrested and charged with Forgery and Engaging in Organized Crime and is being held on bonds totaling $105,000. Arrest warrants were also issued for Leija for Forgery and Engaging in Organized Crime with bonds totaling $80,000. Due to medical reasons, charges for Cantu will be filed at large, Lamb said.

Nearly a year into the pandemic, grocery workers in Texas are more fatigued than everEducation Company, Urban Intellectuals, Shares Black History Every Day