Analysis: President Trump’s attempt to rock the vote sends a shudder through the political world 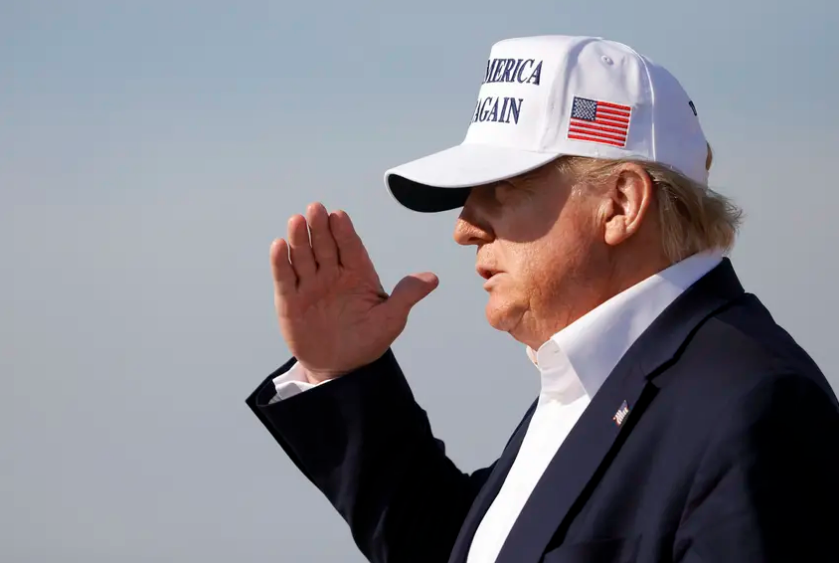 President Donald Trump is in a tight spot, behind in national polls and barely ahead in Texas, where no Democrat has won a presidential race since 1976. When he said the other day that “nobody likes me,” nobody disagreed with him.

His situation sets the environment for Republicans and Democrats up and down the November ballot in Texas. If the Republican president does well, that’s probably to the benefit of other Republicans on the ballot, even if the state doesn’t have straight-ticket voting anymore. If he does poorly, it could spell a good day for the Democrats. And in an election where a half dozen seats in Congress and the Republican majority in the Texas House are at stake, the top candidate’s performance is critical.

On Thursday morning, the president retreated to his safe space — Twitter — where he ruminated on the impending election that could make him the first one-term president in almost three decades.

That sent a shudder through the political world. Democrats predictably started hacking away — or continued hacking away — at Trump. But Republicans, who’ve been very cautious about creating any distance between themselves and a president with strong support from their party’s voters, made room for themselves this time.

You can’t delay an election with a tweet, and you can’t delay one from the White House, either. That’s not what this is about. Trump is feeding doubts about the reliability and trustworthiness of U.S. elections, leaning on urban legends about the frequency of voter fraud — yes, it exists, and no, it’s not pervasive. Those doubts support the notion that any election that doesn’t reelect the incumbent is illegitimate.

But doubts like that don’t start and stop with the presidential race. Everybody on the ballot — winners and losers — agrees to accept the results when they enter the contest.

Trump isn’t proposing to get rid of mail ballots. He casts them himself. He’s making a false distinction between absentee ballots, which are cast in the mail, and universal voting by mail, which is a version of the same process, with different rules about who is eligible.

But this is clearly a threat to the system we use to choose the people who represent us. Want to knock over a building? Destroy the foundation. Want to tear down a democracy? Destroy confidence in free elections.

It’s disquieting when the kooky stuff in politics comes straight from the top.

There are always people like U.S. Rep. Louie Gohmert, R-Tyler, who thrive on flagrant nonsense and outlandish skylarking; he’s the congressman who speculated that wearing a mask is what infected him with COVID-19. But he’s also just one of 535 members of Congress, and hardly the only one saying strange things all the time.

But the system almost always sorts seeds from stems on the way to the top. The 2016 election, starting in the Republican primary, didn’t do that. One refrain from that contest — that here, finally, was a candidate who wasn’t afraid to burn it all down — was dead on.

The voters who wanted to kick the establishment aren’t upset about the president’s tweeting.

The voters who thought any Republican at all would be better than Hillary Clinton kicked their problems down the road and now confront the consequence.

If Trump were to lose the general election while successfully planting widespread doubts about the results, he’d be leaving the country in shambles for his successor — and for anyone elected to Congress or a state legislature in what could then be framed as a shady election that put illegitimate officials in place.

If he’s not winning, nobody’s winning. He’s willing to risk the whole establishment of government to prove it.

That’s not a new story in history, but it’s new to us.

Texas schools are being compelled to reopen classrooms on the state's timetable, like it or notAustin protesters clash with police in the wake of Garrett Foster's death
Comments: 1