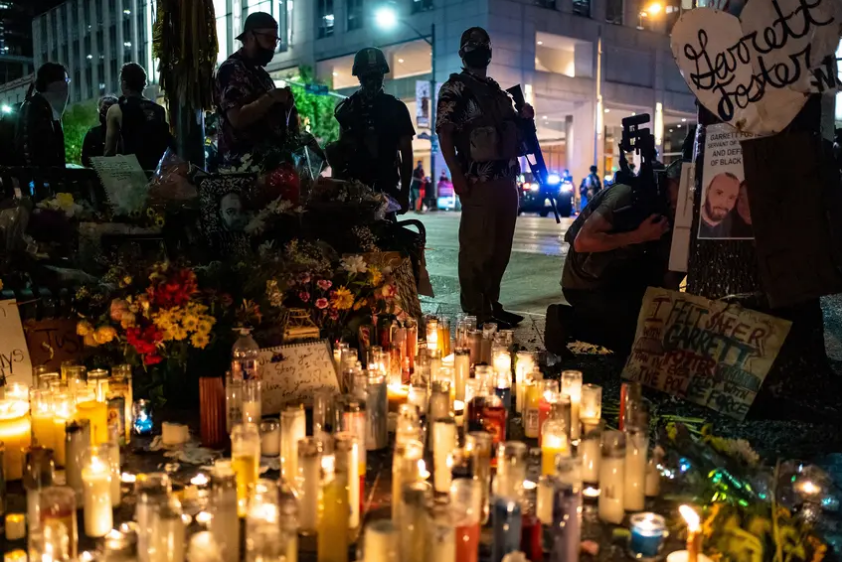 All photos display in this article are by Jordan Vonderhaar.

Throughout the summer, cities in Texas and around the country have seen protests and demonstrations against police brutality. On Saturday, protesters and law enforcement clashed in Austin, a week after protester Garrett Foster, who was openly carrying an AK-47 rifle — which is legal in Texas — was shot and killed by Daniel Perry, a U.S. Army sergeant, when he approached his car. Perry drove away, then called the police. Perry was released without being charged. Since then, questions have been raised about who was the aggressor.

Foster’s death fueled tensions Saturday night in the downtown streets of the state capital as demonstrators again gathered and local and state police turned out in massive force. Tribune photographer Jordan Vonderhaar was there to document the protest. Here’s what he saw.

Analysis: President Trump's attempt to rock the vote sends a shudder through the political worldMan awaiting trial in Kerrville says he was possessed when he killed Kutzer, Ingram