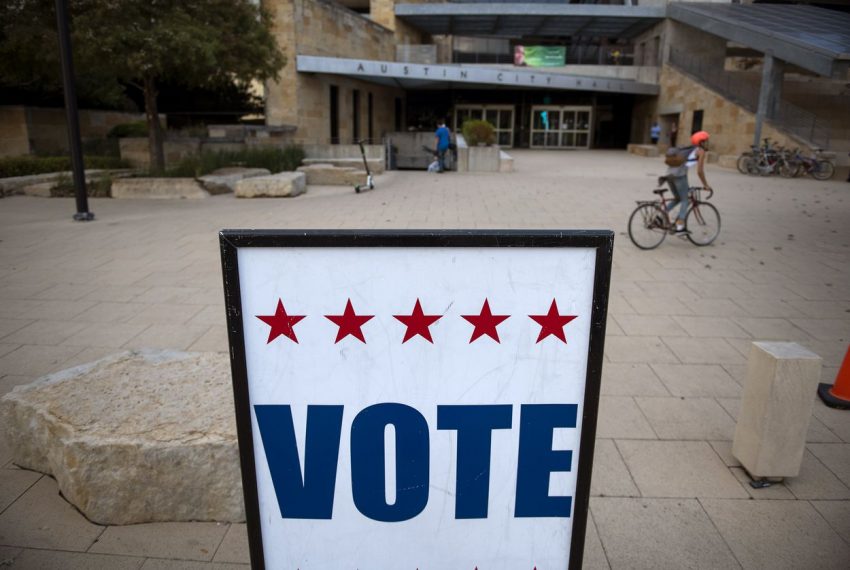 Uvalde County voters looking over the Nov. 3 ballot will see some changes, with the Republican Party having nominated a candidate for the local Precinct 1 constable position and the Supreme Court of Texas restoring three Green Party candidates to the ballot as of Tuesday.

Jose E. “Eddie” Obregon, 73, was the sole Republican candidate registered in the March 3 primary election for the office of Uvalde County Constable for Precinct 1 when he died on Feb. 19 after a heart attack.

After the primary election, the Republican party chose to nominate a new candidate for the Nov. 3 General Election, according to Uvalde County elections administrator Melissa Jones Bradham.

“The replacement nominee’s name is Martin Morales. The Republican Party Executive Committee voted to approve his nomination,” Bradham said, noting she was notified on Aug. 17 of the new candidate.

Morales will challenge Democratic incumbent Johnny J. Field for the constable position in the November election.

The Uvalde County Elections office posted a notification on social media on Wednesday stating, due to the courts ruling regarding adding the candidates, “All counties in Texas will have to reprogram their election. This has caused a delay in the mailing out of absentee ballots. Please bear with us as we adhere to this ruling and attempt to get ballots by mail out in a timely fashion.”

Absentee ballots were due to be mailed starting yesterday for overseas and military voters, and according to the Texas Secretary of State’s office, that deadline must still be met.

“The Supreme Court’s ruling and ballot change will not be an acceptable excuse for missing the 45-day deadline,” said Keith Ingram, chief elections officer for the secretary of state, in a bulletin to all county elections officials.

Any voters that have already been sent mail ballots must be sent new ones that include the three Green Party candidates, and the office of Secretary of State Ruth R. Hugh stated they will offer emergency assistance to local election officials in preparing ballots to be mailed by that deadline.

The three candidates include David B. Collins, who is running for a Texas seat in the U.S. Senate against Republican incumbent John Cornyn and Democrat challenger MJ Hegar.

The third Green Party candidate is Tommy Wakely, who is running for the position of U.S. Rep. for Congressional District 21 against Republican incumbent Chip Roy and Democrat challenger Wendy Davis.

A law which requires that third-party candidates pay filing fees went into effect last September and it has been the subject of numerous legal challenges. Last month a lower court ruled in favor of the Democratic plaintiffs requesting that the three Green Party candidates be removed from the ballot for not paying the fees; the Tuesday decision overrides that ruling.

The Green Party focuses on issues such as climate change and social justice, and some Democrats believe it leads to voter draw from their party base, similar to how Libertarian candidates are often believed to draw votes from the Republican party.

Anyone needing to register to vote in Uvalde County may contact Bradham, who has an office located on the third floor of the Uvalde County Courthouse.

Online voter registration is available at the Texas Secretary of State-run website, www.votetexas.gov/register/index.html.

Voter registration status may also be verified on the website, and elections which will appear on the ballot may be viewed.

For those voting via absentee ballot, the Uvalde County elections administrator must receive completed and signed ballots by Nov. 3, election day. If ballots are postmarked by that day, they may be counted if the arrive before 5 p.m. the following day.

The state of Texas allows voters to cast ballots by mail if they are over the age of 65; out of the county during the election period; are confined in jail but otherwise eligible; or if voters cite a disability, which the state defines as a physical condition or illness that makes a trip to the polls a risky endeavor.

Completed ballots from military or overseas voters are accepted when mailed by election day and received by Nov. 9.

Frederickburg's Chapter of Native Plant Society will have a Fall saleNew TikTok HQ could land in Texas, but questions remain