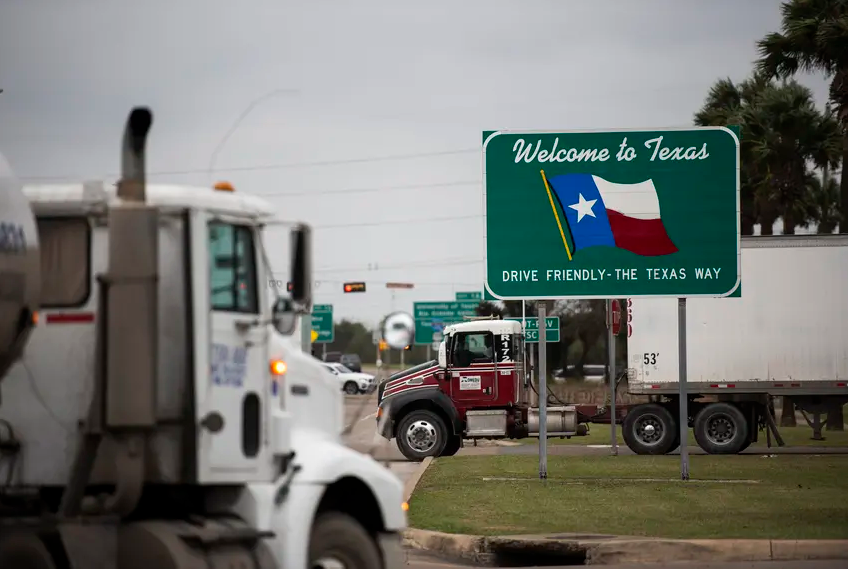 When the port of Laredo passed Los Angeles to become the busiest trade hub in the country in February, optimism was high in Texas.

An ongoing U.S. trade war with China meant a drop in traffic at West Coast trade hubs while Texas’ land ports with Mexico were on the verge of benefiting from the United States-Mexico-Canada Agreement, a 21st century upgrade to the 1994 North American Free Trade Agreement. The new agreement between the U.S., Mexico and Canada was touted by President Trump and some Democrats as a landmark deal that would ensure America stayed on top of the global economy.

But several months into a COVID-19 pandemic that continues to ravage the global economy, analysts say there isn’t anything in the USMCA that’s going to make an immediate difference and help offset the massive economic losses caused by the pandemic.

“When you look at this particular [free trade agreement], it’s the first one to my knowledge that didn’t really do anything to liberalize trade,” said Ken Roberts, president and founder of WorldCity, a Florida-based company that tracks trade through more than 240 countries. “It was a tweak of an old agreement.”

One key provision of the deal requires that a member country manufacture 75% of a vehicle’s parts in order for the vehicle to be exempt from tariffs when it moves between the countries.The old agreement mandated 62.5%. The agreement also requires that at least 40% of every vehicle must be produced in factories where workers are paid at least $16 per hour.

The agreement, which will be reviewed every six years, went into effect on July 1. But the pandemic is clouding the ability to forecast its immediate impacts on Texas’ trade industry, said Sergio Contreras, the president and CEO of the Rio Grande Valley Partnership, a group that aims to promote prosperity in the Rio Grande Valley – which has seen one of the state’s worst COVID-19 outbreaks this summer.

“The uncertainty behind the rising cases of COVID along both sides of the border makes it a challenge to forecast additional investment, or even manufacturing firms to be at full capacity or even reopen,” he said. “So, that time frame at this point in time is slowed down.”

Mexico has been Texas’ largest trading partner for decades and is currently the country’s second largest. The relationship provides about 1 million jobs to Texans, according to Gov. Greg Abbott’s office.

Through June of this year, about $243 billion in trade passed between the United States and Mexico, according to WorldCity. The majority passed through the Laredo and El Paso customs districts, which handled $87.9 billion and $19.6 billion in trade, respectively. The ports of Pharr, Eagle Pass, Brownsville, and Houston were also in the top 10.

But current forecasts show more than a 50% decline for those ports because of pandemic-induced disruptions.

Salvador Contreras, a professor of border economics at the University of Texas Rio Grande Valley, said that data from May brought bad news for Texas and the rest of the country. El Paso saw imports drop by 96% from the previous May and exports drop 80%, he said, while Laredo saw declines of 53% for imports and 61% for exports. The Valley had the smallest losses but still saw both categories fall by more than one-third.

Through June, the top U.S. imports from Mexico were computers, passenger vehicles and commercial vehicles, while the top exports were gasoline and other fuels, computer chips and motor vehicle parts. But Roberts said demand has fallen along with a nosediving economy. U.S. vehicle imports, he said, have sunk to an 18-year low.

Experts say that because of the uncertainty the pandemic has created in every industry, any hopes that the USMCA will help kick-start a trade rebound in the near futureare probably premature.

“There’s a lot of speculation on what the impact will be, but there are so many variables at play right now that I really don’t think that it’s clear what that impact will be until you know the variables,” said Keith Patridge, president and CEO of the McAllen Economic Development Corp.

Some trade advocates point to some new projects, including the construction of cold storage warehouses along the border and the issuance of a permit for a new cross-border rail line through Laredo, as signs that the agreement is having an impact already.

And Jon Barela, the CEO of the Borderplex Alliance, which promotes commerce in the tri-state area of El Paso, Ciudad Juárez, and New Mexico, said the automotive provisions in the USMCA will bear fruit once a vaccine or other viable treatment for COVID-19 is approved and widely available.

“If you are an automaker, you’re watching very intently the vaccines that are being produced … as you are going to see a very solid rebound in auto sales,” he said. “In the short term, we know there are a lot of families that are hurt. But I keep saying I am an optimist in the longer term.”

Man accused of throwing a child out of a moving vehicle arrestedBig 12 OKs football season, paving way for UT-Austin, Texas Tech, TCU, and Baylor to play