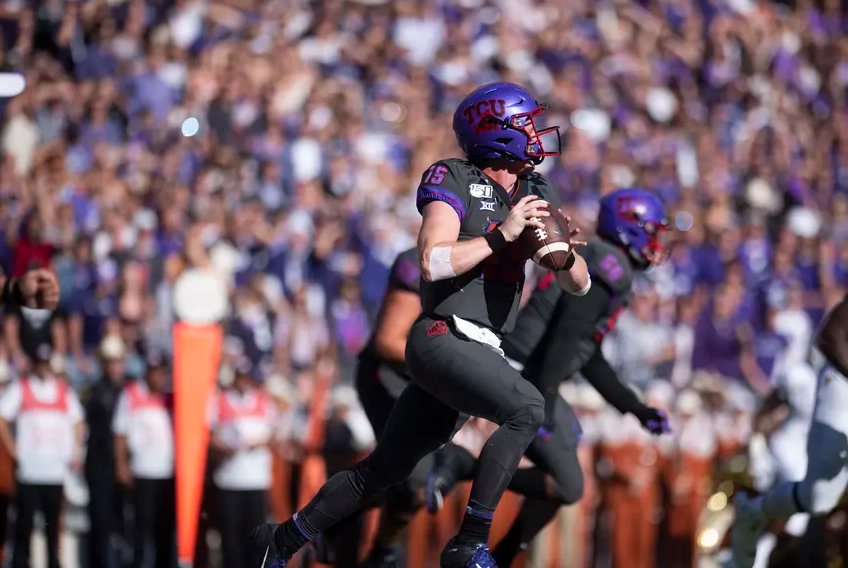 “Ultimately, our student-athletes have indicated their desire to compete in the sports they love this season and it is up to all of us to deliver a safe, medically sound, and structured academic and athletic environment for accomplishing that outcome,” said Big 12 Commissioner Bob Bowlsby in a statement. The season will kick off Sept. 26, with the conference championship pegged for Dec. 12.

Baylor University, Texas Christian University, Texas Tech University and the University of Texas at Austin are Big 12 members. The conference presidents’ decision to allow football during the coronavirus pandemic was made official Wednesday morning, a day after the Big Ten and the Pac-12 announced their seasons would be postponed until the spring semester.

Texas A&M University is part of the Southeastern Conference, which has also signaled its intent to allow teams to play this fall.

“We will continue to further refine our policies and protocols for a safe return to sports as we monitor developments around COVID-19 in a continued effort to support, educate and care for our student-athletes every day,” said SEC commissioner Greg Sankey in a statement Tuesday.

The decisions come even as Texas remains a hot spot and the state’s COVID-19 hospitalizations and deaths remain high. Students are preparing to return to campuses in less than a month, though many have expressed nervousness about the prospect of in-person instruction. Texas universities have been moving large portions of their course loads online to space students out on campus to prevent spread of the coronavirus.

After months of wrangling, Power Five conference officials are firming up decisions as the start of the fall semester looms. Both the Big Ten and Pac-12 cited major concerns for the health and safety of student athletes, questioning if they would be able to compete safely due to the coronavirus. Those cancellations led to speculation earlier this week that the other major football conferences would follow suit.

“The mental and physical health and welfare of our student-athletes has been at the center of every decision we have made regarding the ability to proceed forward,” said Big Ten Commissioner Kevin Warren in a Tuesday statement. “As time progressed and after hours of discussion with our Big Ten Task Force for Emerging Infectious Diseases and the Big Ten Sports Medicine Committee, it became abundantly clear that there was too much uncertainty regarding potential medical risks to allow our student-athletes to compete this fall.”

Sports fans and athletes alike have erupted over rumors that college football could be doomed this fall. But top college athletics officials have repeatedly expressed concern over the ability to play safely, with the NCAA last week saying it had “serious concerns about the continuing high levels of COVID-19 infection in many parts of the nation.” Many student athletes and coaches across the country — including at UT-Austin — have already tested positive for COVID-19 after returning earlier this summer for training.

In Texas, where football drives revenue in many towns, coaches and athletes have protested cancellation. Student athletes took to Twitter with the hashtag #WeWantToPlay, arguing that stringent medical protocols were sufficient to protect players this season.

“We trust our medical staff here at Baylor University, and we believe they are going to put us in the best position possible to be safe,” Baylor University quarterback Charlie Brewer said in a tweet.

“We want to play football in the fall,” Texas A&M System Chancellor John Sharp told The Texas Tribune on Monday.

State politicians have also weighed in. Gov. Greg Abbott in a Tuesday interview said while he supported what the student athletes wanted to do.

“I would defer first to the choice and decisions those athletes want to make,” he said. “And then second, if they choose to continue to play the season, make sure the universities are working with them on protocols to ensure their health and safety during the course of a season.”

Abbott has permitted up to 50% capacity in college football stadiums and Texas university leaders have supported teams’ desire to play if public health conditions allow.