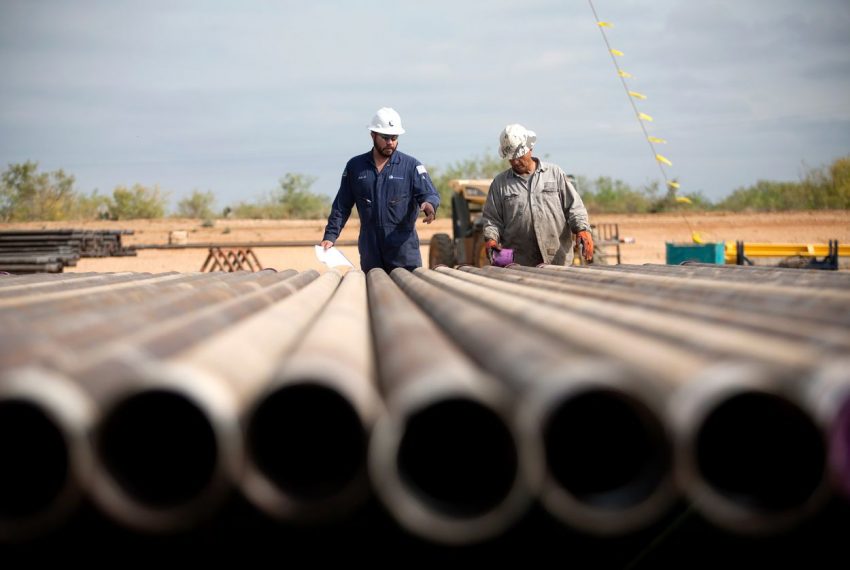 Texas added 19,600 non-farm jobs in May, according to seasonally adjusted data. Image credit: Tamir Kalifa for The Texas Tribune

By Troy Closson, The Texas Tribune.

Texas’ unemployment rate continues to drop to record lows, with the state’s rate for May hitting a seasonally adjusted 3.5%, the Texas Workforce Commission announced Friday. That’s the lowest level since the federal government began collecting the data series used to calculate the rate in 1976.

Over the month, the state added 19,600 non-farm jobs, according to seasonally adjusted data. Jobs categorized as professional and business services topped all other categories, adding 8,100 positions. Education and health services saw the second-highest rise, adding 4,500 jobs in May.

Texas unemployment rate hits record low
The seasonally adjusted unemployment rate for people over age 16 in Texas hit its lowest rate since the U.S. Bureau of Labor Statistics started calculating the data in 1976.

Among more than two dozen metropolitan statistical areas in Texas, the Midland metro area recorded May’s lowest non-seasonally adjusted unemployment rate at 1.7%, according to the Workforce Commission, while the McAllen-Edinburg-Mission metro area had the highest rate at 5%.

Mike Davis, an economist at Southern Methodist University, said the record low unemployment rate isn’t necessarily surprising considering “how fast the Texas economy has been growing.” Though the Cox School of Business lecturer said he stays away from predictions or forecasts, he said the overall outlook for the state looks positive.

“There’s nothing on the horizon that gives me any reason to think that it would change,” Davis said.

Disclosure: Southern Methodist University has been a financial supporter of The Texas Tribune, a nonprofit, nonpartisan news organization that is funded in part by donations from members, foundations and corporate sponsors. Financial supporters play no role in the Tribune’s journalism. Find a complete list of them here.