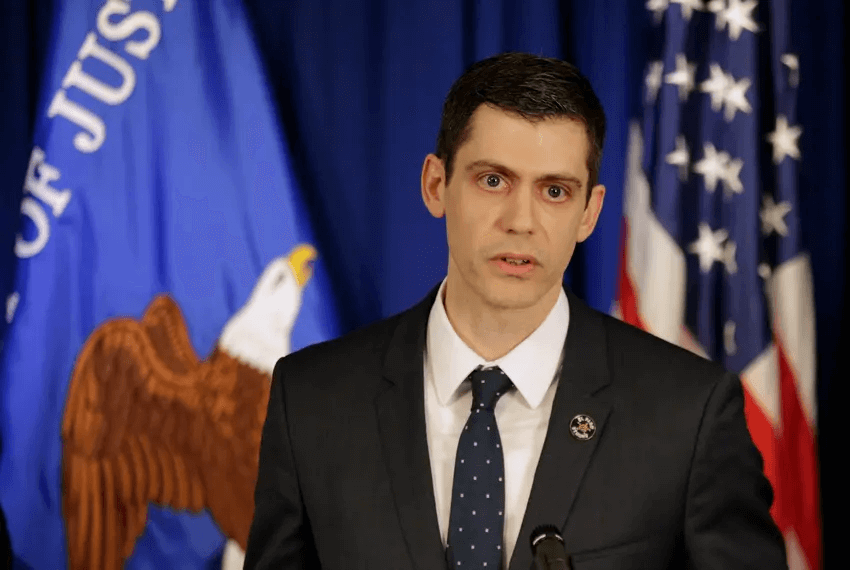 By Stacy Fernández at the Texas Tribune, October 5, 2020

U.S. Attorney John Bash, who serves the Western District of Texas, will resign at the end of the week to take a position in the private sector, according to a Monday statement from the Department of Justice.

Bash was appointed to the position by President Donald Trump at the end of 2017. Bash previously worked in the department as an assistant to the solicitor general and served as associate counsel to the president.

“I tendered formal letters of resignation to both the President and the Attorney General this morning,” Bash wrote in a statement.

Shortly after news of his departure, Barr named Gregg Sofer as Bash’s successor. Sofer was a counselor to Barr and worked in the Western District of Texas office for 12 years. He was also a trial attorney in the National Security Division at Main Justice and worked in the Manhattan District Attorney’s Office.

Bash’s resignation comes as his office is prosecuting the alleged gunman in the 2019 shooting in El Paso that killed 23 people and injured dozens more. Patrick Crusius, the alleged gunman, is charged federally with more than 20 counts of hate crimes resulting in death and more than 40 charges of firing a weapon in relation to the hate crimes, according to an indictment.

The El Paso County district attorney’s office is also pursuing charges against Crusius, and it’s unclear which prosecution will proceed first. Bash declined to comment on the timeline on his office’s efforts in August, when El Pasoans marked the one-year anniversary of the shooting.

“I pray for the continued healing of those who survived. My office will not relent in our pursuit of justice for the victims and our community,” he said in an email over the summer.

“I hope that I have discharged my authority wisely and have improved the safety and security of my fellow Texans,” Bash said of his departure. “I leave the Department with a profound respect for its people, its traditions, and its importance to our constitutional democracy.”

The Western District of Texas office is one of the largest in the country and “regularly prosecutes more criminal cases than any other district,” according to the Department of Justice statement.