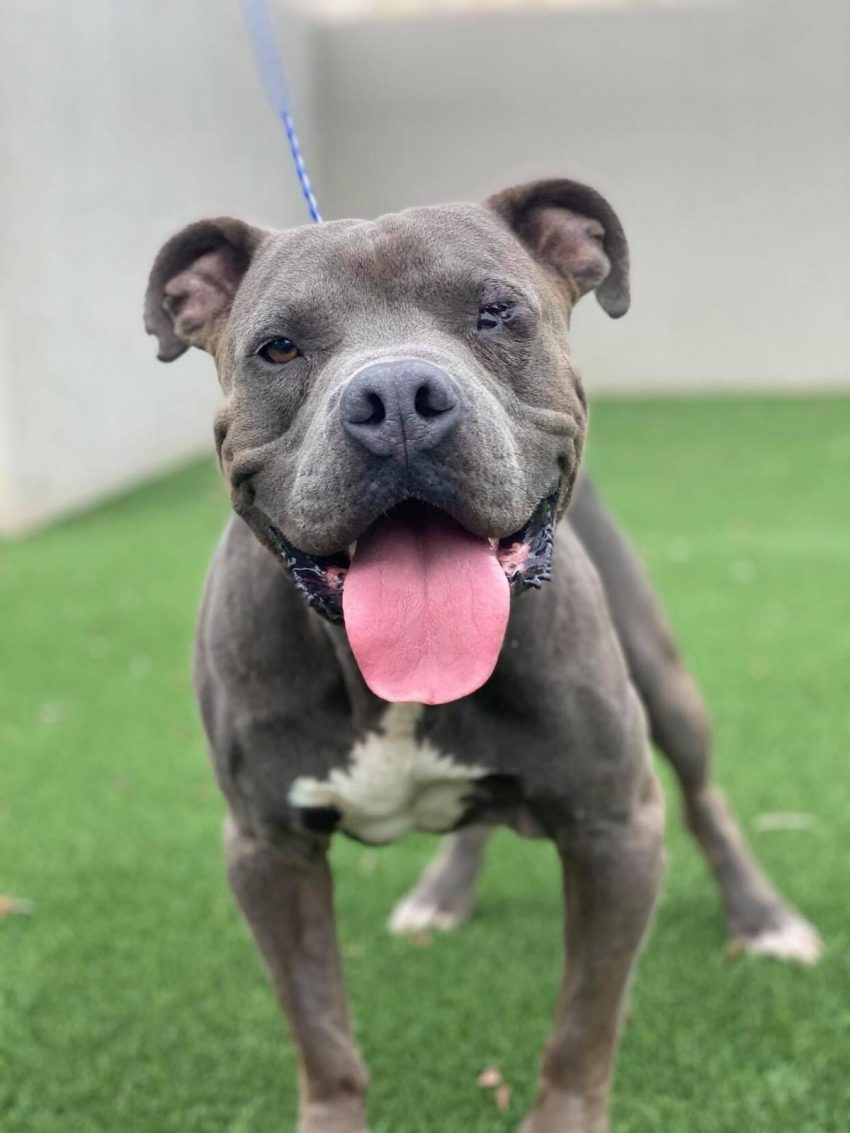 Fredericksburg Police are investigating a burglary at the Hill Country SPCA that resulted in an abused pitbull being taken from the facility.

Last month, Kerr County Animal Control Services picked up a blue pitbull, who had been tied up to a power pole on Main Street in Kerrville. The dog, which was named Tank by volunteers, had his left eye injured, which required it to be surgically removed. After being held for a few days in Kerrville, Tank was taken to Fredericksburg as a potential adoptee at the SPCA there.

However, police say that someone broke into the shelter in the evening of Aug. 26 or the early morning of Aug. 27 and took the dog. Police said Tank had recently been neutered and was still receiving medication to recover from the procedure.

Those who have seen Tank should call Fredericksburg detective Erich Hinterlach at (830) 997-7585.