NRA says it’s moving to Texas. Bankruptcy experts say it may be more of a legal move than a physical one. 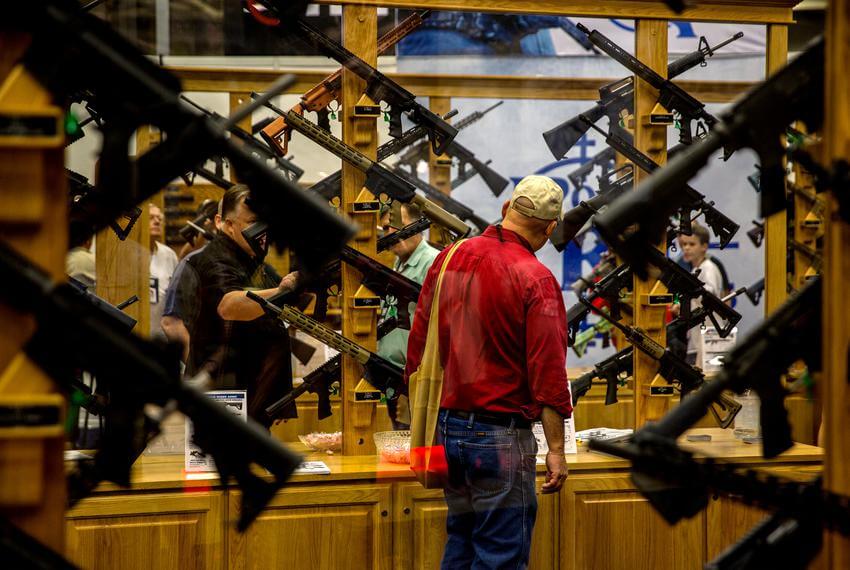 The National Rifle Association filed Chapter 11 bankruptcy Friday and said it would eventually reincorporate in Texas — a move experts say is a legal maneuver to escape an aggressive lawsuit being pursued by the New York attorney general.

Officials in Texas — which is known as both a gun-friendly and debtor-friendly state — welcomed the NRA’s announcement Friday, embracing the NRA’s stance that it is fleeing a “toxic political environment” in New York.

In August, New York’s attorney general filed a lawsuit against the organization alleging decades of fraudulent use of the NRA’s funds by its executives. New York Attorney General Letitia James accused NRA leaders of knowingly signing off on fraudulent statements.

Texas Gov. Greg Abbott, in a tweet, celebrated the announcement:

But bankruptcy experts said the NRA’s filing is less of a physical relocation and more of a legal play to avoid a potentially disastrous case in New York.

The move to Texas, legal experts said, will likely be on paper.

“They probably figured they’d have a more friendly judge in Texas,” said Josh Wolfshohl, a bankruptcy attorney at Porter Hedges LLP in Houston.

“They’re trying to do a preemptive strike” against New York, said Sidney Scheinberg, a bankruptcy attorney at Godwin Bowman PC in Dallas. “It’s a clever maneuver. Whether it’s going to work, I don’t know.”

Filing for Chapter 11 bankruptcy pauses pending litigation, and the New York attorney general’s case will now be battled in a Dallas bankruptcy court instead of a civil court in New York.

“I suspect the NRA’s plan is to consolidate pending litigation in the bankruptcy court,” said Kevin Lippman, a bankruptcy attorney at the Texas-based Munsch Hardt Kopf & Harr PC law firm. But, he said, New York could challenge the move and try to bring the case back.

Texas also has one of the most generous homestead exemptions in the country. NRA executives who might receive judgments against them stemming from the New York suit could feasibly move to Texas, “buy a very nice home, and no one could ever take it away from them,” Scheinberg said.

The NRA said it would seek to reincorporate in Texas, pending court approval. While it was chartered in New York, the organization’s headquarters and much of its operations are in Fairfax, Virginia.

“There will be no immediate changes to the NRA’s operations or workforce,” the NRA said in a statement.

Nevertheless, Texas politicians jumped on the move as proof that Texas is attracting new businesses and organizations due to its business-friendly regulatory environment.

“Welcome to Texas,” state Sen. Dawn Buckingham, R-Lakeway, wrote in a tweet tagging the NRA. “Unlike New York, we protect and uphold our citizens’ right to bear arms.”

“This is a wonderful place for [the NRA] both financially and for our community,” said Andi Turner, legislative director for the Texas State Rifle Association.

The NRA emphasized in its statements Friday that it was not in financial trouble and focused on political reasons for leaving New York.

The NRA listed between $100 million and $500 million in liabilities, the same range it reported for its assets, in its filing. The organization claimed in its press statements it is in its “strongest financial condition” in years.

“The NRA is not insolvent,” the group said in a statement. “This action is necessitated primarily by one thing: the unhinged and political attack against the NRA by the New York Attorney General.”

But while experts said organizations file for Chapter 11 bankruptcy for a variety of reasons, typically there is some sort of financial cause — otherwise, the courts may toss out the case.

“Very rarely do [organizations] file when they’re not in financial trouble,” said Josh Wolfshohl, a bankruptcy attorney at Porter Hedges LLP in Houston. “Partly because of the stigma, and also, it’s expensive.”

Beyond the costly litigation, filing for bankruptcy can also put funding for nonprofits like the NRA in jeopardy, because donors might become concerned that the organization will use their money to pay claims instead of, for example, using it to protect gun owners’ rights.

“I don’t think it was their first choice to file bankruptcy, because typically it will impact their fundraising,” Lippman said.

Texas bankruptcy attorneys theorized that perhaps the NRA decided it needed to file bankruptcy to move the New York lawsuit and decided Texas would be the friendliest place to do it.

“The government is welcoming them here, while the New York attorney general is doing everything in her power to put them out of business,” Scheinberg said. And while the political tide may be shifting in the state, he said, “This is still Texas.”