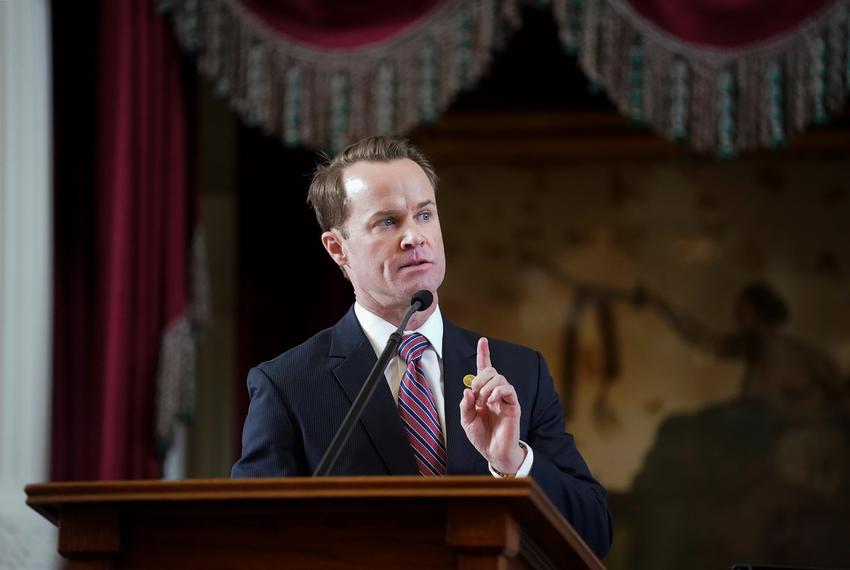 The new Texas House speaker, Dade Phelan, raised $4.4 million as he ascended to the job late last year, according to his team.

The Beaumont Republican entered 2021 with $4.8 million cash on hand.

Phelan’s team said the numbers represent a “record for money raised and maintained by an incoming” speaker.

Phelan raked in the $4.4 million over a roughly month-and-a-half period — between Oct. 25 and Dec. 12, the last day lawmakers can accept contributions due to a fundraising moratorium around the legislative session that started Tuesday. Phelan announced on Nov. 4 he had the votes to become speaker, and he officially secured the job Tuesday with a nearly unanimous vote on the House floor.

Phelan’s predecessor behind the gavel, Dennis Bonnen, raised almost $4 million as the presumptive speaker over a roughly month-long period in late 2018. Bonnen, an Angleton Republican, started 2019 with $4.6 million in the bank.

Phelan’s team announced his fundraising haul hours before an end-of-day deadline Friday to report his most recent campaign finances to the Texas Ethics Commission. His latest filing, made available Saturday morning, showed that his top donors included Border Health PAC, which gave $100,000. The PAC works to bring attention to the medical community along the Texas-Mexico border, and it is helmed by Alonzo Cantu, the McAllen construction magnate best known for giving generously to Democrats but also some Republicans.

Phelan also received nine $50,000 contributions. They came from leading Texas political donors such as H-E-B CEO Charles Butt and El Paso developer Woody Hunt, as well as the PACs associated with groups like the Texas Association of Realtors and Texas Association of Builders.

Almost all the big checks arrived on Dec. 12, the final day Phelan could accept them before the fundraising blackout around the legislative session.

The late rush of campaign contributions also included $25,000 from GOP megadonor Sheldon Adelson, who died Monday. Adelson was founder and CEO of Las Vegas Sands, the casino empire that is making a high-powered push to legalize gambling in Texas this session.

NRA says it’s moving to Texas. Bankruptcy experts say it may be more of a legal move than a physical one.Uvalde Council butts heads with hotel rep over subdivision request