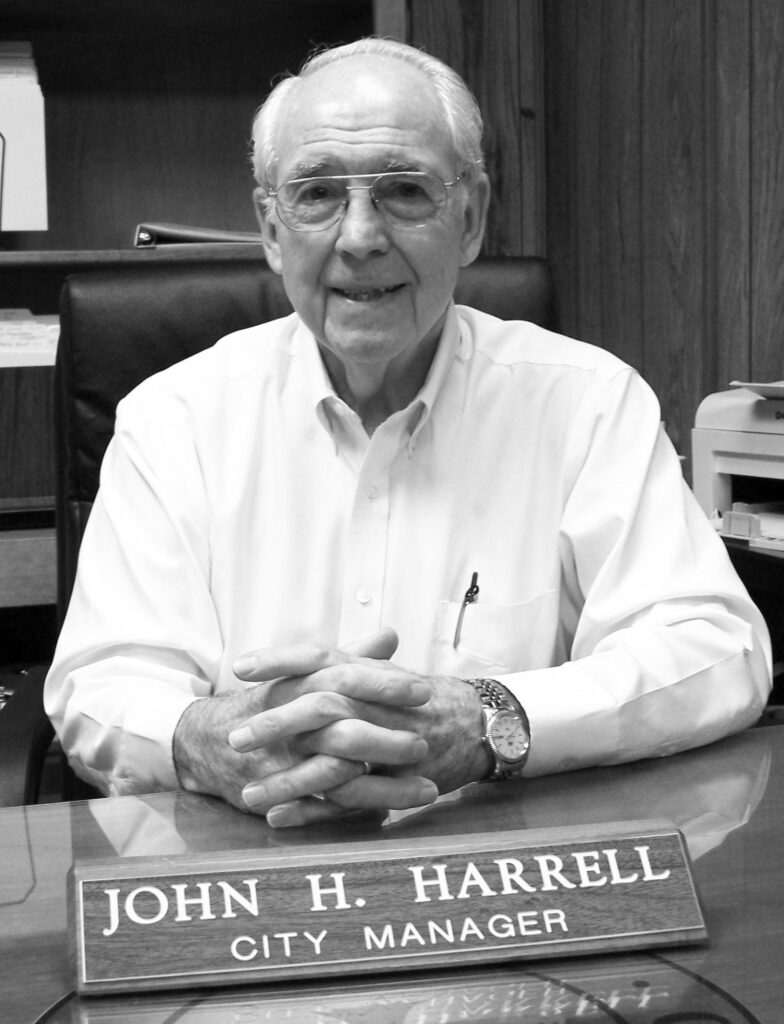 His real name is John H. Harrell but for all practical purposes the former school district superintendent who died Tuesday at the age of 85 could be known simply as “Mr. Uvalde.”

“Mr. Harrell was and has been one of Uvalde’s best assets from the time he was superintendent of our schools to his time as city manager,” said Uvalde Mayor Don McLaughlin Jr. “John had a servant’s heart and worked tirelessly for the good of Uvalde, whether it be economic development or fighting for Uvalde’s water.

“John was a good family man, who believed in family values, and a good Christian man. He was an inspiration to the many peoples’ lives he touched, mine being only one of them. He will be greatly missed by our community.”

Two-term Uvalde CityCouncil member and mayor, Uvalde Consolidated Independent School District superintendent and Uvalde city manager, Harrell was born in Houston in 1935, and moved to Uvalde with his family as a child. He graduated from Uvalde High School in 1953, attended Schreiner Institute in Kerrville for two years, then transferred to the University of Texas at Austin, where he earned a bachelor’s degree in physical education.

After graduation, Harrell and his wife, Phyllis, set up housekeeping in San Antonio, where he taught school and coached for three years at Alamo Heights High School. The recent college graduate also found time to attend Trinity University, earning a master’s degree in public school administration.

Drawn back to Uvalde in 1960, Harrell took a teaching job at UHS and within three years became assistant principal. Next stop was the central school office as director of finance and federal programs, followed by a position as assistant superintendent.

In 1978, Harrell stepped away from public education to open his own real estate business. In a move that would repeat itself throughout his long career, Harrell wore another hat, which was as administrative assistant at Gensco Pipe and Supply. It was there that he worked for Pete Knowles and Howard Langford, both former Uvalde mayors. With their encouragement, he won a seat on the city council in 1979, which he held for two terms, followed by four years as mayor.

Retirement never suited Harrell for long, and in 2000 he took a position as consultant and finance director with the La Pryor Independent School District. Two years later, the indomitable public servant executed yet another feat of adaptability when he accepted the job as city manager. And why not. He had proven his mastery of people and administration. All he had to do was to change the vocabulary.

In 2010, upon yet another apparent Harrell retirement (he would serve as interim UCISD superintendent for six months from 2012 to 2013), Leader-News publisher Craig Garnett wrote:

“In the 16 years that we covered the school and the city with John at the helm, I cannot think of a single time that he failed to provide us with the information we requested or attempted in any way to manipulate the news that resulted.

“He was direct and yet diplomatic, skills that are an absolute must in two such high-profile positions. Most of us cannot imagine the day-to-day stress associated with brokering conflicts involving children or their parents or Uvalde residents unhappy over some facet of city service,” Garnett wrote.

As if Harrell weren’t busy enough in his professional career, he found time to serve the community in a myriad of ways. He was an officer in the Uvalde Rotary Club, served on the Uvalde County Hospital Authority board of directors, Uvalde County Appraisal District board and participated in efforts to keep Uvalde’s water rights intact through the Keep Our Water Association. He endorsed McLaughlin for mayor and gave kudos to elected officials like Tracy King and Pete Gallego who fought to protect our water. The community acknowledged Harrell’s long years of service by naming him Uvaldean of the Year in 1992.

In later life, Harrell was a regular visitor to this newspaper, where he shared ideas, compliments and letters to the editor, ever championing the community that ran deep within his soul.

In 2014, the school district renamed the high school auditorium the John H. Harrell Auditorium. It will forever remind us of a man who never turned down an opportunity to help build a better Uvalde.

207th Anniversary of the Battle of MedinaLydia Lopez