207th Anniversary of the Battle of Medina 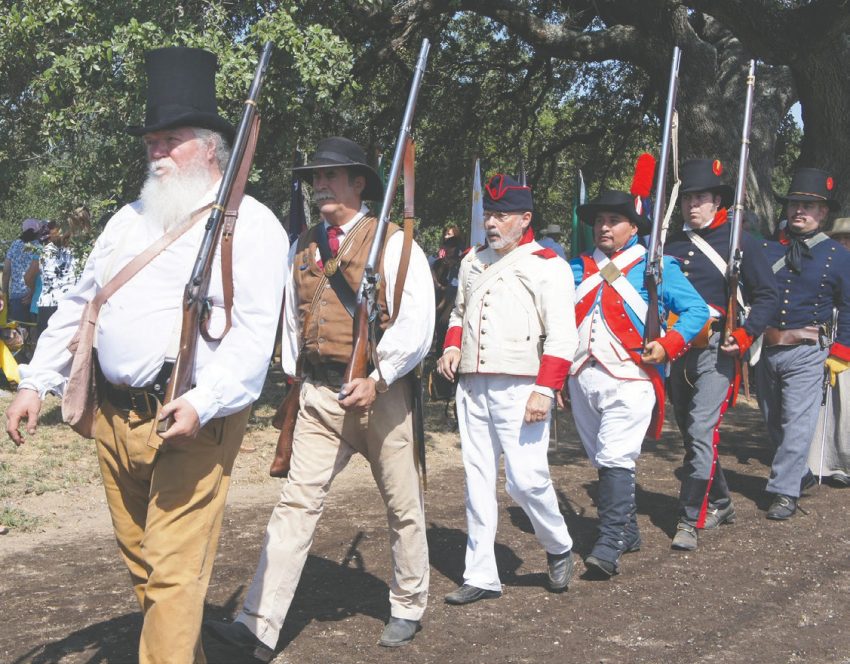 On this day, Aug. 18, in the year 1813, 207 years ago, in a matter of just a few hours, Texas lost over one-half of its adult male population and about one-third of its total population in the disastrous Battle of Medina, a veritable “Gettysburg of Texas.”

The fateful Battle of Medina was a Texas counterpart of the Mexican Revolution against Spain, which started with “El Grito de Dolores” by Padre Miguel Hidalgo y Costilla on September 16, 1810, and quietly ended on Aug. 24, 1821.

Fought on Aug. 18, 1813, somewhere in a sandy oak forest region of southern Bexar County and northern Atascosa County, the Battle of Medina was the deadliest, bloodiest battle ever fought on Texas soil.

Occurring during a very confused and turbulent period of world history, the disastrous Battle of Medina affected the destinies of five nations of the world: Spain, Mexico, the United States of America, France, and England. Mexico and much of Latin America were in revolt against Spain, whose king from 1807 till 1814 was Joseph Bonaparte, the brother of Napoleon, who was on a rampage in Europe, and the United States of America was at war with England, later to be called the War of 1812.

Above, the historical marker at the Battle of Medina site, located on the corner of Bruce Road and Applewhite Road. MARTIN GONZALES | COURTESY PHOTO

In this cauldron of world events, Bernardo Gutiérrez de Lara, a visionary rancher and merchant of Revilla, Nuevo Santander and Augustus Magee, a former West Point graduate, aided and abetted by the United States, organized an expedition to wrest the Province of Texas from Spain. Flying the Green Flag, their Republican Army of the North crossed from the Neutral Ground in Louisiana into Texas on Aug. 7, 1812, and soon captured Nacogdoches and Trinidad de Salcedo before heading toward and capturing Presidio La Bahía, where during the winter of 1812-1813, Spanish Royalist forces under Texas Governor Manuel de Salcedo and Nuevo León Governor Simón de Herrera besieged the Republicans for nearly four months, one of the longest sieges—if not the longest—in American military history. Royalists lifted the siege, and the Republicans marched toward San Antonio and defeated the Spanish Royalists on March 29, 1813, in the Battle of Rosillo. The Republicans took control of San Antonio on April 1, 1813, and on April 4, 1813, two Spanish governors, Manuel de Salcedo and Simón de Herrera, were brutally executed. On April 6 a Declaration of Independence established the first republican government of the State of Texas, with a President-Protector, a Junta (council) and a Constitution. After the victorious Battle of Alazán on the outskirts of Béxar on June 20, 1813, the Republicans reigned supreme in Texas.

With one bold stroke, however, Spain struck back. On Aug. 18, 1813, the 1,830-member Spanish Royalist Army under General Joaquín de Arredondo decimated the 1,400-member Republican Army of the North under the command of General José Álvarez de Toledo in “la batalla del encinal de Medina.” Less than 100 of the Republicans are known to have escaped.

So far, six of the Republicans are known to have been veterans of the American Revolution, some were sons of American Revolutionaries, some were later participants in the War of 1812 and some were participants of the Second Texas Revolution of 1835- 1836. The bones of about 800 Republicans killed in the Battle of Medina were left to bleach on the sand for nine years before they were gathered in 1822 and buried under an oak tree somewhere in the “encinal.”

Once found and archaeologically confirmed, the Medina battle site, the oak tree burial site of some 800 Republican warriors, and the burial site of 55 Royalist soldiers killed in the battle would be worthy of designation as National Historic Sites.