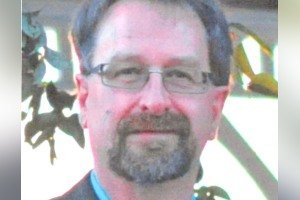 Johnny Ray Malke passed away peacefully on Tuesday, Aug. 11, 2020, at his ranch at Reagan Wells, Texas, after a courageous fight with lymphoma. He was born on Dec. 7, 1956, in Nacogdoches, Texas, and grew up in Nederland, Texas with his uncle, Monroe Edgar Malke and wife, Maria Faye Malke, who were parents to him. A life-long friend whom he first met in junior high introduced him to the Methodist Church, where he became a member and sang in the choir.

Johnny graduated from Nederland High School in 1975, and was proud to have attended Texas A&M University for two years, though graduation was side-tracked by love and life.

While attending college, Johnny worked part-time at Brazos County Abstract, which led to a well-respected and life-long career in the land title insurance business, most recently at Kerrville Title Company, where he worked until he was no longer able.

Johnny met Laura Monroe Malke in College Station, where she worked for a competing title company. They moved to Uvalde after marrying in 1978, but soon decided that her family’s ranch at Reagan Wells would be the right spot to settle and raise a family. That family was Johnny’s main joy in life, and will be his lasting legacy.

Johnny supported the children in all their activities as they grew, and they in turn introduced him to new ones as adults. He enthusiastically coached Little League in Uvalde for several years while the children were participating. Jeana was his right hand girl on the ranch and his primary caregiver when he became ill. Cody introduced him to duck hunting and he loved their hunting and fishing trips together. He especially adored time with granddaughter, Emma. Johnny also enjoyed history, westerns, and a good game of 42.