Hurricane Laura in Texas: Evacuation orders lifted in some parts of Texas, Abbott to survey damage 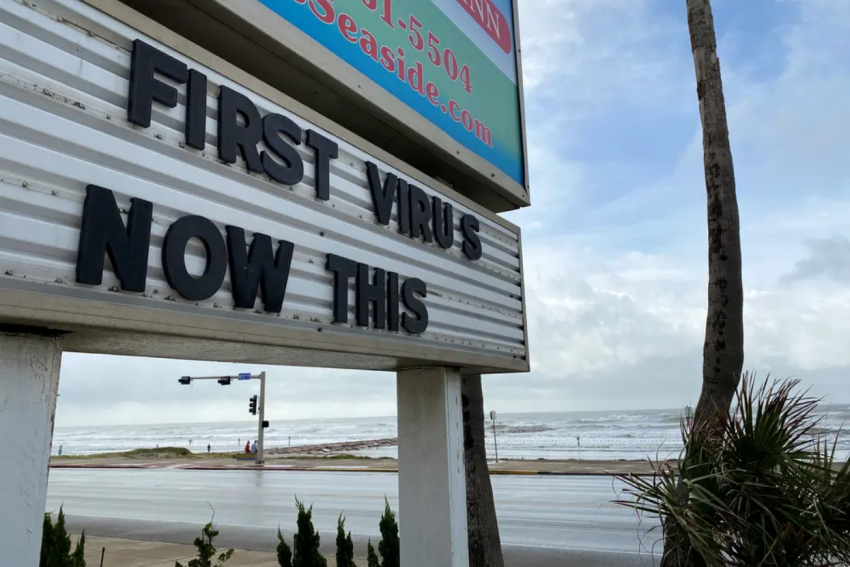 Evacuation orders in some parts of Texas will be lifted Thursday morning after officials there said residents can expect to make their way back home sooner than expected.

Jefferson County’s evacuation order will expire at 10 a.m. Jefferson County Judge Jeff Branick said Wednesday he hoped residents would be able to return after a couple of days, the Beaumont Enterprise reported. But the timeline decreased after Hurricane Laura veered away from the area. There were no reports of major emergencies in Jefferson, Orange and Hardin counties, the newspaper added, although tens of thousands of residents are out of power.

Galveston County officials also announced that residents are welcome to return after the area saw only minimal damage from the storm. “We’re open for business,” Mayor pro tem Craig Brown said, according to the Galveston County Daily News.

Gov. Greg Abbott will head to East Texas Thursday to meet with local leaders and survey the damage from Hurricane Laura, an office spokesman tweeted this morning. U.S. Sen. John Cornyn says he will join him.

[7:12 a.m.] After battering the Gulf Coast shortly after midnight Thursday, Hurricane Laura has been downgraded to a Category 2 storm as it moves northeast through the Texas-Louisiana border.

About 70,000 Texans are out of power in the East Texas counties of Jefferson, Orange and Hardin counties, local media reported.

Despite the downgrade, officials are expecting a storm surge to possibly reach more than 30 miles inland to I-10 between Beaumont and Lake Charles, according to CNN. The storm is expected to remain a hurricane as it moves through Louisiana. — Julián Aguilar

Texas avoids direct hit, but scope of damage remains to be seen

[1:31 a.m.] Hurricane Laura made landfall just east of the Texas-Louisiana border around midnight Thursday, but still posed a threat to Southeast Texas. The full scope of damage likely won’t be known until later Thursday because the storm is expected to continue moving inland.

“We don’t know exactly how it is going to affect us. We are watching it, letting it pass and as soon as it goes out we are going to see what we can do,” Beaumont Mayor Becky Ames told KFDM as the hurricane was making landfall in Cameron Parish, Louisiana.

That parish is on the other side of the Texas-Louisiana border from Jefferson County, which is home to Beaumont and Port Arthur. Tens of thousands of homes in the area were without power by 1 a.m. Thursday, according to Entergy Texas, Inc. Hurricane Laura could mark the latest in a string of devastations for Texans in that region, where some are still recovering from damage caused by Hurricane Harvey in 2017.

Storms of Laura’s strength can severely damage buildings and homes, down power lines, and snap or uproot most trees, according to the National Hurricane Center. On Tuesday, Gov. Greg Abbott warned Texans in the area about the storm’s dangerous winds. And on Wednesday, he told Texans that the state would not be able to rescue people caught in the hurricane’s path from Wednesday evening until 9 a.m. Thursday. — Cassi Pollock, Matthew Watkins and Brandon Formby

Hurricane Laura intensifies and is close to becoming Category 5 hurricane

“All preparations to protect life and property should be rushed to completion in the next few hours,” a 7 p.m. advisory from the center read.

The storm, currently a Category 4 hurricane, is expected to hit land just east of the Texas-Louisiana border by Thursday morning, according to the National Weather Service. Strong winds associated with the hurricane, though, are expected to make landfall Wednesday night. Storms classified as Category 5 have sustained winds that are 157 mph or higher.

While both Category 4 and 5 hurricanes can cause catastrophic damage to trees, houses and power lines, the strongerstorms, according to the center, can destroy “a high percentage of framed homes … with total roof failure and wall collapse.”

Later Wednesday, the center said possible tornadoes could occur on the outer bands of the hurricane in parts of Southeastern Louisiana and Southwestern Mississippi. — Cassi Pollock

As Hurricane Laura heads for southeast Texas, officials scramble to evacuate and shelter peopleTime to Save Texan Wineries and Distilleries