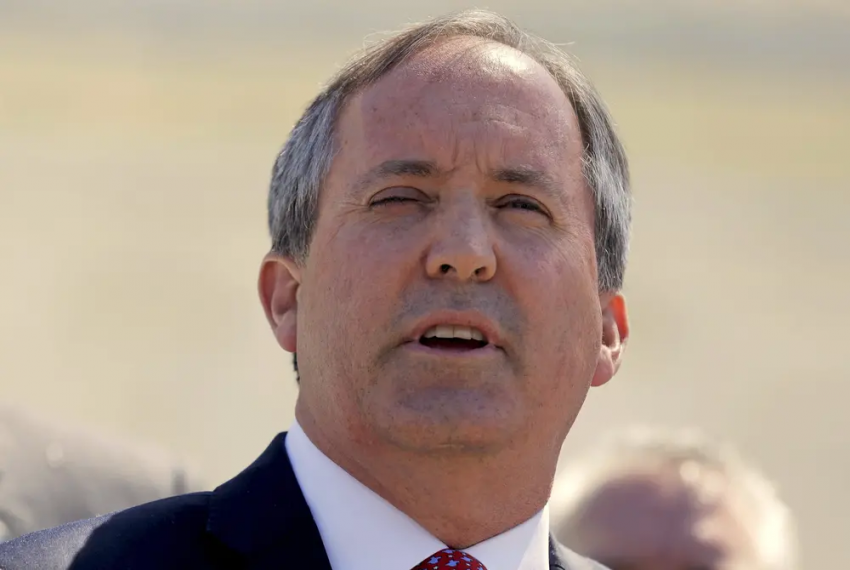 Senior officials in the Texas Attorney General’s Office have asked federal law enforcement to “investigate allegations of improper influence, abuse of office, bribery and other potential crimes” by their boss, the Austin-American Statesman and KVUE-TV first reported Saturday.

The senior staff members, including Jeff Mateer, who resigned from his post as Paxton’s top aide this week after several years leading the agency, notified the agency’s human resources director that they sought the investigation.

“We have a good faith belief that the attorney general is violating federal and/or state law including prohibitions related to improper influence, abuse of office, bribery and other potential criminal offenses,” seven agency leaders wrote in a one-page letter obtained by the Statesman.

The brief letter, dated Oct. 1, says the officials notified law enforcement of a potential crime on Sept. 30, but does not provide detailed accusations. The officials also say they notified Paxton himself of the accusation via text message on Oct. 1.

Paxton, a second-term state official and former state legislator who serves as co-chair of the Lawyers for Trump coalition, has been under indictment for more than five years on felony charges of securities fraud. Paxton has yet to go to trial on the charges amid side battles over where the case will be heard and how much the special prosecutors appointed to take the case to trial will be paid.

The Houston Chronicle reported Sunday that the allegations are tied to Paxton’s relationship with Nate Paul, an Austin real estate investor and campaign donor, citing the text message Mateer and the other officials sent to Paxton last week.

“General Paxton, yesterday, each of the individuals on this text chain made a good faith report of violations of law by you to an appropriate law enforcement authority concerning your relationship and activities with Nate Paul,” Mateer told Paxton in the Oct. 1 text, obtained by the Chronicle.

According to the report, Mateer and the other officials felt compelled to act after Paxton allegedly appointed a special prosecutor to target “adversaries” of Paul.

A spokeswoman for the attorney general’s office said in a statement that “the complaint filed against Attorney General Paxton was done to impede an ongoing investigation into criminal wrongdoing by public officials including employees of this office. Making false claims is a very serious matter and we plan to investigate this to the fullest extent of the law.”

She declined to comment further, citing an open investigation.

Ryan Bangert, the deputy first assistant attorney general and one of the seven aides who signed on to the letter, wrote to agency staff Sunday encouraging them “to ensure the agency continues its important work without interruption.”

“I write to assure you that the executive team remains committed to serving you, this office, and the people of Texas. The work we do together makes a difference every day in the lives of our fellow citizens,” Bangert wrote. “Your work, your sacrifice, and your dedication to this office inspire us all.”

“These allegations raise serious concerns,” Gov. Greg Abbott said Sunday in a prepared statement. “I will withhold further comment until the results of any investigation are complete.”

“I learned about this from media reports,” Patrick said in a statement. “I will wait until the investigation is complete before making any additional comments.”

The office of House Speaker Dennis Bonnen did not immediately return requests for comment.

An attorney with Paxton’s defense team in the securities fraud case, Philip Hilder, declined to comment. Brian Wice, one of the special prosecutors on the case, said Sunday that “we’re going to look into this,” but declined to elaborate further. It’s not clear whether the latest allegations are related to the pending securities fraud charges.

Jordan Berry, a political adviser to Paxton, confirmed Sunday that he had resigned in the wake of the allegations.

Michelle Lee, a public affairs officer for the FBI, declined to comment on the matter, citing internal policy within the FBI and the U.S. Department of Justice not to comment on the existence of pending or potential investigations. A spokesman for the U.S. Attorney for the region said “we have no comment.” Travis County District Attorney Margaret Moore said Saturday evening “we do not have an investigation.”

Paxton has faced numerous questions over his ethics over his more than a decade in public life. To help pay for his stacked team of defense attorneys, he has collected hundreds of thousands of dollars in gifts for his legal defense fund, claiming the contributions came from “family friends” and are exempt from a state bribery law that bars elected officials from receiving gifts from people who are subject to their authority.

In the securities fraud charges that are still pending, Paxton is accused of convincing investors to buy stock in a technology firm without disclosing that he would be compensated for it. He has maintained his innocence and criticized the prosecution as politically motivated. In 2014, the Texas State Securities Board fined Paxton $1,000 for soliciting investment clients without being registered, and he signed a disciplinary order without disputing its findings.

Last year, his wife, state Sen. Angela Paxton, filed a bill that would have expanded her husband’s power as attorney general, giving him the power to exempt individuals from state regulations like the one he has been charged with violating.

In 2018, Paxton’s office filed — and then abruptly recalled — a formal court brief in a lawsuit over Plano’s zoning policies, in a move that his supporters attributed to political influence from conservatives in his home county.

Paxton, a conservative who has often elbowed for airtime as the state’s top culture warrior, has kept up a busy and high-profile role during the coronavirus pandemic.

This spring, he declared that Gov. Greg Abbott’s ban on elective medical procedures, an effort to conserve hospital resources for coronavirus patients, also barred abortions in the state, sparking a lawsuit that would drag on for weeks and force hundreds of women to cancel appointments to terminate their pregnancies. His office threatened to sue the state’s biggest cities if they did not roll back coronavirus-related safety precautions, including mask mandates, and told local officials they could not keep landlords from evicting their tenants during the pandemic.

Paxton used the power of his office to lean on a Colorado county after it shut its doors to vacation home owners — including a top donor.

Paxton has led major multi-state lawsuits to overturn laws like the Affordable Care Act and the Deferred Action for Childhood Arrivals program, often landing cases before the U.S. Supreme Court. He’s made equally political choices in the cases he chooses not to take. His office refused to defend a state agency, as it typically would, when it was sued for disciplining a state judge who refused to perform marriage ceremonies for same-sex couples. And it declined to defend the Texas Ethics Commission in a lawsuit brought by the hardline conservative group Empower Texans, a political donor.

Last year, he was a major player in Texas’ botched effort to review its voter rolls.

Paxton often boasts of his close relationship with the president, frequently greeting him on the tarmac when Air Force One touches down in Texas, and sharing stories during public appearances about their communication on major Texas-led litigation — the time Trump called while Paxton was in the shower is a favorite.

In 2018, Paxton narrowly bested his Democratic opponent, Justin Nelson, to win reelection in an unexpectedly tight race. Nelson had made Paxton’s indictments the centerpiece of his campaign.

“Ken Paxton is the top law enforcement official in the state,” Texas Democratic Party Chair Gilberto Hinojosa said in a statement Saturday. “Yet, he has proven for years that he cannot follow the law himself.”

Calls could build in the coming days among other Republicans for Paxton to more specifically address the charges or resign. On Sunday, state Rep. Sarah Davis, a Houston Republican representing a district that Democrats are targeting this year, became the first known GOP member at the Legislature to suggest Paxton resign if he does not “quickly address these allegations.”

“Although innocent until proven guilty, AG Paxton has been under indictment for the past five years,” Davis tweeted. “With these new allegations of bribery and abuse of office, Paxton needs to quickly address these allegations or resign so he can devote his time to his own personal legal matters.”