Future Farmers of America is flipping for a cause 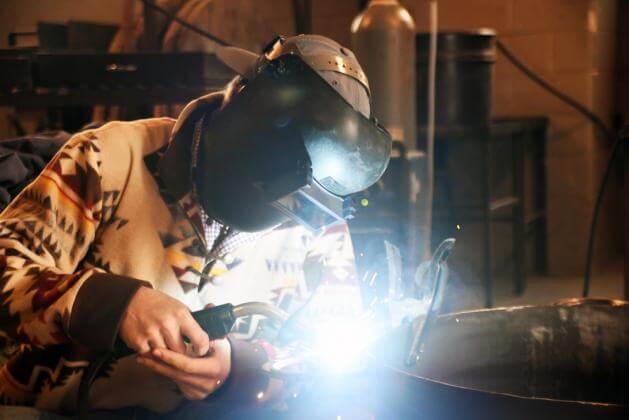 By  Samuel Sutton at the Fredericksburg Standard Post, Feb. 3, 2021

Over the past year, the Harper Future Farmers of America (FFA) team has been “flipping” old furniture to benefit those in need.

The team was donated three trailers’ worth of furniture by two Harper natives, who knew their students needed more resources to build projects.

“That’s kind of what started the idea. And then I watch ‘Flea Market Flip’ all the time and a lot of our kids do, so we put two and two together and decided we were going to have a contest to flip them,” said Felice Marek, Ag Science instructor and FFA advisor.

She added that it started as something the students would do in class, but it snowballed into this big project.

FFA advisor Jason Marek said once they finished several projects, they decided to turn it into a community service project.

“Teachers in the school wanted to know if they were for sale, and once that took over and we allowed them to purchase a project for donation, that’s when the money started getting collected for a charity,” said Jason.

Since this began, the students have flipped over $2,000 worth of projects. They’ve worked on fire pits, antique benches, and even projects as big as old RVs. All of the proceeds will go to the Gillespie County Christian Women’s Job Corps, Felice said.

“We’re proud of them,” Jason said. “They take a lot of pride in it. When they finish a project, they’re wanting to know what the next project is so they can start on it.”

Felice said the work is not only enjoyable, but it’s also beneficial for their cognitive development and critical thinking skills.

“But the funny thing is, they don’t even know they’re working. They think they’re playing,” she said. “It teaches them to be creative and think outside the box.”

“It’s a good feeling,” Thompson said. “People are actually benefitting from the work. It’s not like we’re doing the work for nothing.”

“Even as a community, it benefits us because we can do something that’s so little to us but it helps other people so much,” Tatsch said.

Senior Kelan Bode said she liked the community service opportunity, which is hard to find in the Harper area.

“We knew when we had to start applying for scholarships this year and we needed more stuff, community service-wise,” Bode said. “When we had these people donating all this furniture, we thought that we could flip it, sell it and give back to the community.”

The Mareks said they don’t have a date set for the next flea market, but they will advertise it once they know.

“We just started our last batch, actually,” Felice said. “We’ll probably work on it, and probably sometime toward the end of the school year, we’ll run our last sale.”

Bandera murder suspect apprehended in KerrvilleNearly a year into the pandemic, grocery workers in Texas are more fatigued than ever