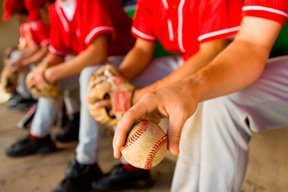 (NewsUSA) – Smokeless tobacco is as much a part of baseball as the Cubs’ disappointing run at the World Series year after year.

While Major League Baseball is urging its players to reconsider a habit as old as the sport itself, there is also a history to think about — one that has linked the two together in the hearts and minds of Americans.

This begs the question: Is there life to baseball without smokeless tobacco?

To come to a conclusion, we have to look at the history of smokeless tobacco and how the two have become inextricably linked together.

In the mid-1800s, when baseball was first getting its footing in America, chewing tobacco was extremely popular, and baseball players used it for the same reasons other men did — pure pleasure. Soon, however, players found added benefits to using smokeless tobacco products, such as, creating more saliva in the mouth in a dusty environment. This, in turn, helped players to moisten their gloves with spit.

It also helped the smokeless tobacco industry when cigarettes — which threatened smokeless tobacco companies in the early 20th century — were attributed to fatigue and bad luck among players. In this way, snuff and chew, continued to gain ground.

“Chewing tobacco is a tradition in baseball,” says Everett Dickson, CEO of FLASR, a company that has created accoutrements for the smokeless tobacco user. “It’s a part of the game, seeing a pitcher or hitter at bat with a small piece of tobacco tucked into his cheek. Having said that, we also understand the concerns of the general public, and support any decision by policymakers and Major League Baseball.”

Until then, however, FLASR wants those who do use smokeless tobacco (players included) to know there are products that are discreet and help with the more inconvenient and messy aspects for users.

One such product is FLASR’s pocket-sized, portable spittoon, which has an advanced closing mechanism, ensuring that it stays closed when not in use. This eliminates the risk of spills and leaks often seen with cups and bottles. FLASR reusable spittoons also feature the exclusive Thumb-Lok Twist Cap for one-handed ease of use making it an ideal solution for taking snuff, dip or chew into the bullpen or on long road trips.