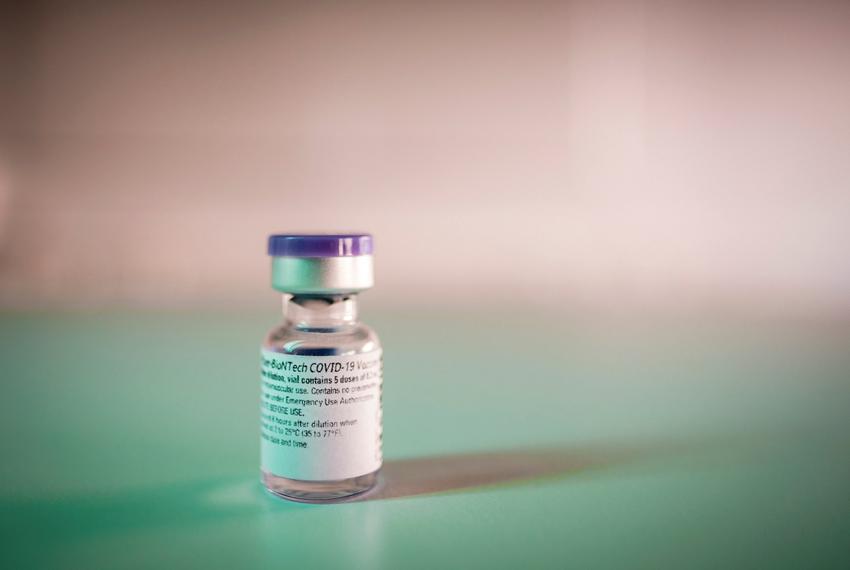 With the Food and Drug Administration approving  emergency use of a COVID-19 vaccine made by Moderna on Friday it will be good news for Kerr County, according to Peterson Health’s top medical official.

Until the vaccine arrives in Kerr County, perhaps as early as Christmas, the spread of the virus will continue here — along with deaths. For health care officials, the arrival of one of the two vaccines developed by U.S. companies comes at a time when Kerr County is experiencing a 21% infection rate.

Dr. Mack Blanton, Peterson Health’s chief medical officer, said the health system will likely receive doses of the Moderna vaccine in the next week to 10 days after the FDA  approved its use.

“I believe with the approval of the Moderna vaccine we will likely be seeing some vaccine in our community,” Blanton said. “That is my hope.”

The vaccine made by Pfizer, which was the first to gain approval, will not be available at Peterson until January because Peterson Regional Medical Center is not currently equipped to handle the vaccine, which must be kept at super-cold temperatures — minus-70 degree celsius.

Blanton said the hospital is securing that ability to store the Pfizer vaccine. Moderna’s vaccine does not require the same level of cold storage.

“We have that capability,” Blanton said of the ability to keep the Moderna vaccine.

Of course, the vaccine will not go to everyone initially. Front-line health care workers will be the first to receive the vaccine, followed by those in long-term health care facilities — such as nursing and rehabilitation centers, which have been hit hard by the virus.

As of Friday, at least 16 people in Kerrville’s nursing homes have lost their lives, and one person died Dec. 3 at an assisted living center in Kerrville.

This week, Peterson Health said 166 people tested positive for the virus with 21% of those being screened testing positive. The number of people who have died due to the virus has risen to an estimated 55 people.

In data analyzed by The Kerrville Daily Times, the death toll consists of reporting from Peterson Health, the Texas Department of State Health Services, Texas Health and Human Services, Veterans Affairs and Kerr County. None of the agencies report the death the same. The reporting acknowledges there may be some duplicate deaths, but it also means an undercount is possible because DSHS doesn’t differentiate between deaths recorded at hospitals outside of Kerr County and those from Peterson.

Blanton, who served in the U.S. Army for 27 years, said that he’s encouraged by the vaccine development.

“I assure there were no corners cut during the development of these vaccines,” Blanton said during a community update that was organized and broadcast by the city of Kerrville. “Operation Warp Speed, which you may have heard of, really put together all forces to produce these vaccines at such a rapid rate, and I can assure you that there were no corners cut as far as safety.”

“Both vaccines have an efficacy in a range of about 95%, which is incredible as far as efficacy. This was not expected for the production of a COVID-19 vaccine.”

During the community update, Peterson Health CEO Cory Edmondson assured the public that Peterson Regional Medical Center was in good position to handle any surge of cases presented by the coronavirus, but he also cautioned that there has been a significant increase in cases in the community.

As of Friday, 20 people were hospitalized with the virus at Peterson Regional Medical Center and Edmondson stressed that the health system was seeing positivity rates of those being screened of more than 20% since the first of December.

From Thursday through Friday, Peterson Health reported 51 new cases of the virus.