Devine Mayor denied newspaper column, asks for City Attorney to be “phased out” 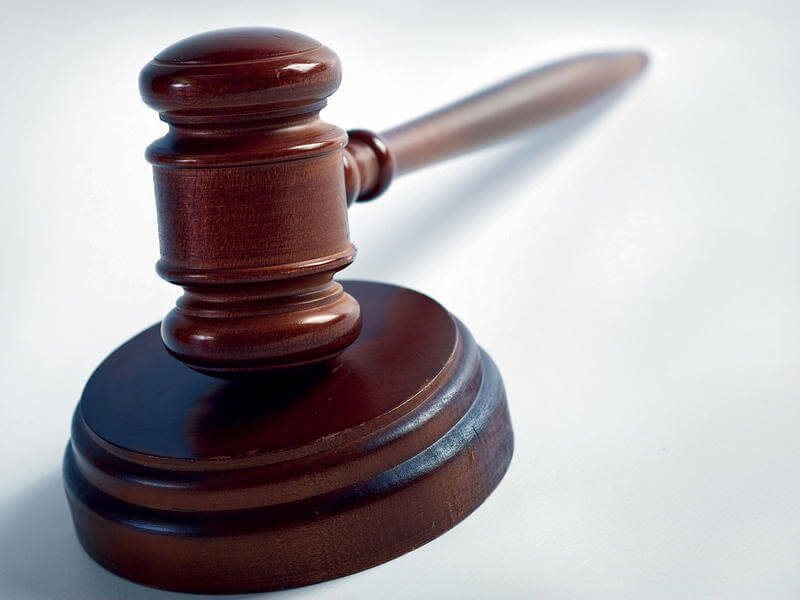 By The Devine News Administrator, December 2, 2020

Newly-elected Devine Mayor Cory Thompson warned that the City’s project to lure private developers to the Tax Increment Reinvestment Zone near IH-35 could be “$3.5 million worth of failure” and expressed concern that both the News front-page coverage, as well as potential conflict of interest for City Attorney Tom Cate after his son Charles Cate’s election to the Lytle City Council, as potential threats to the plan’s success. During the meeting last Tuesday, November 24, Thompson asked both for Council’s permission to write a column in the News and that the News’s status as the City’s newspaper of record be contingent upon being given a column.

He also asked Council to “phase Tom out” of his role as City Attorney once a new City Administrator has been hired.

“It may be the truth, but do you really want that on the front page?”

The City’s plan to make the 43.58 acres it owns along the IH-35 access road behind Triple C Steakhouse attractive to private developers involves constructing a thoroughfare to connect Hwy. 173 with the access road and County Road 3176, as well as extending utility lines and building a lift station to pump sewage. City Engineer Raul Garcia estimated the price of the project at $3.5M when the plan was unveiled in November 2019, a figure that did not include the purchase of additional private property needed to implement it.

Since then, the City has entered into a contract to buy an additional 28 acres in the area for $325,000.

Thompson said the City was spending a lot of money on property near IH-35 to make it usable for companies who want to invest in the area and claimed part of the research companies perform when deciding where to expand their businesses includes reading local newspapers. Thompson, who brought a stack of past editions of the News to the meeting as props, criticized recent front-page coverage, specifically regarding the ongoing COVID-19 pandemic.

“It’s truly negative,” Thompson said. “I don’t want somebody coming into Devine and looking at the paper and going, ‘You know, what kind of a hell did I get myself into?’ Because that’s what it looks like.”

Thompson said that News front pages don’t reflect the positive goings-on in Devine, which is, “not all dead bodies in the middle of the road,” a reference to a recent fatal hit-and-run.

“I just signed a $5,000-plus check to The Devine News, I’m pretty sure I signed a $5,000-plus check two weeks ago to The Devine News, and so we have to make sure we’re completely happy with the way that they are presenting the town that we as Council represent, and make sure that they are presenting the town in the manner that is actually reflective of the citizens that we represent.”

Municipalities and some other government entities are legally required to have a newspaper of record in which to publish public notices as part of transparent governance for taxpayers. Examples include Ordinance changes, public health emergency declarations, and election notices. Public notices, like ads, are paid.

As mayor, Thompson only votes on Council matters in the case of a tie but made his own requirement for working with the News clear. “I do ask, going forwards, if we are going to continue with them as the paper of record, that whoever is mayor gets a column in the paper no different than what Jerry Beck has,” Thompson said, “which is a bi-weekly column to discuss the happenings in his district that he represents as our county commissioner.”

Beck, the longtime Precinct 4 County Commissioner, writes a bi-weekly column recapping Commissioners Court meetings, which are held every other Thursday morning at the Medina County Courthouse in Hondo. Thompson asked again if Council was satisfied with the News’s front-page coverage.

“We have to remember we may read past it, but if you’re a big company coming in, or if you’re a person coming in to look at Devine, and you see the fact that we don’t have proper EMS service, and that’s the front page on it, why would you want to move to Devine? Because you’re going to be sitting there, ‘I hope I don’t have a heart attack because EMS is never going to get to me, I’m going to die right there.’ “And it may be the truth, but do you really want that on the front page?”

“If the real true hard facts are out there and they bother you, I’m sorry.” News publisher Kathleen DuBose Calame said that COVID-19 was an important issue to cover, and noted that everyone at the meeting was wearing a face mask.

“I don’t think it’s Halloween, it’s because of COVID,” Calame said. “It’s because it’s real, it’s the real truth, and it’s bad, and it’s coming this way.” Later in the meeting, Emergency Management Coordinator Rob Flores recommended closing City Hall, the police department lobby, and the Driscoll Public Library to the public due to an increase in COVID-19 infections in Devine and Medina County. All three remained closed as of press day December 1.

Calame also noted that following a recent front-page editorial about ambulance coverage in ESD #4 (see “Editorial: Give away extra ESD money? Why not use it for greater EMS coverage and hire two full-time ambulances?” in the Nov. 4 edition), service in the Devine and Natalia area was upgraded from one 24-hour ambulance and one 12-hour ambulance to two ambulances stationed in the district around the clock (see “Allegiance to increase ambulance service for ESD #4,” Nov. 18 edition).

“Because we did that article, we now have two ambulances full-time here, instead of one and a half,” Calame said. “Because there was concern, because we documented it, all of a sudden the CEO [of Allegiance Mobile Health] says, ‘You know what, I didn’t realize that. Let’s make it happen. It’ll be on my dime, we’re going to prove it, and when the next contract comes up, then we’ll talk about it.’

“That’s what a real newspaper is about.” Further, Calame said the News is full of positive coverage. “We’re here to build up this community,” Calame said. “Now if the real true hard facts are out there and they bother you, I’m sorry. But [COVID-19] is real. People need to know it’s real. They want to know what’s going on, that’s why they buy the paper.

“They don’t want us to fluff it and make it look like nothing’s going on.” She added that the News hasn’t received a complaint about coverage from City staff or the City Attorney, but noted that the paper can’t run articles on everything, or columns from elected officials in every governmental entity, because it covers Devine, Natalia, and Lytle, as well as the school districts in all three towns, and has limited page space. The News is now the paper of record for all three towns, as well as the City of La Coste.

Calame said the News covers athletes, UIL, and kids, which are important in our communities. She also thanked Thompson for his concern and said that his idea of writing a column was a good one. “I think it’s a great idea, and I think you need to do that in a positive way,” Calame said. “You said no politics involved, and I think it needs to be on your website. That’s where you are representing Devine.”

The City has its own website, which can be found at www.cityofdevine.org. Following Calame’s remarks, Thompson again criticized the News’ front-page stories, specifically “Dog reunited with owner after 3 years missing,” which ran in the Nov. 11 edition. “A story about a dog is more important than a story about our students?” Thompson asked regarding the Nov. 11 article.

Photos of the Devine, Natalia, and Lytle athletes who qualified for the State cross country meet were on the front page along with the article about the dog reunited with its owner, and an entire page of the sports section is devoted to the runners’ achievement. The cross country athletes were also on one side of a full-page color poster in the same edition that featured the Regional Quarterfinals champion, Arabian volleyball team, on the other side.

“Whenever a story about a dog is more important than a story about our students, I do take issue with that,” Thompson said. “You know the way a paper works, the further down you go is the importance of the story.” “You don’t know my business,” Calame replied. “You know your business. You’re a home builder. You build subdivisions, you run the city’s business. You don’t run my business.” Thompson works for G&E Custom Homes, a business formed and owned by his parents, Glenn and Eva Thompson.

Jim Lawler, husband of newly-elected District 4 Councilwoman Kathy Lawler, asked if the Council had approached the News about any concerns. “Your implied action about the cost of the two $5,000 checks sounds to me like an implied ‘gotcha’ or something,” Lawler said. “Payback. We don’t need that.” Thompson balked at Lawler’s interpretation, repeating that the News is the City’s paper of record, and that Council needs to be happy with its representation. “My concern is, has the Council approached the newspaper about your concerns?” Lawler asked. “We have to have a meeting like this to even approach the Council, to approach the paper,” Thompson replied.

Thompson initially requested that the News give him column space in a private message sent from his personal Facebook account on Nov. 5, prior to the matter appearing on the agenda of the Nov. 17 meeting. During that meeting, the discussion was postponed until Nov. 24. After a motion from District 2 Councilman Steve Lopez and Lawler to deny Thompson’s request for permission to write a column for the News, District 3 Councilman David Espinosa said that he disagreed with Thompson’s position but said it would be to the City’s advantage to publicize more once a new City Administrator has been hired. “If somebody wants to come in here and look at what we’re doing, I’m sure they’re going to go to the City website initially to find out what’s going on,” Espinosa said. The Lopez-Lawler motion passed 4-1 with the support of Espinosa and District 1 Councilman Rufino “Flipper” Vega.

District 5 Councilwoman Debra Randall voted nay saying, “I think that you should be more concerned about the reality.”

Discussion regarding City Attorney Tom Cate and a conflict of interest took place in an open session after Cate said it didn’t meet the necessary legal requirements to be held in executive session. Thompson started the discussion by congratulating Cate on his son Charles’s election to the Lytle City Council before voicing doubts about Cate’s position as City Attorney for both Devine and Lytle, specifically regarding the City’s plans to develop the TIRZ zone near IH-35.