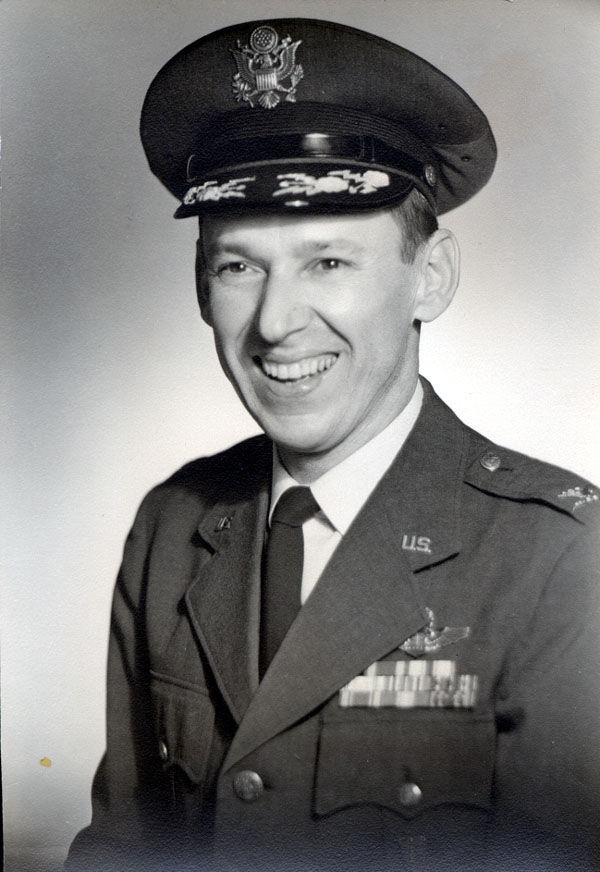 Charles Webb Abbitt was born May 25, 1920 in the pre-Civil War ancestral home on Gravel Knoll Farm near the Appomattox Surrender Grounds.  “Big Dad” passed on to be with our Lord August 28, 2020.

He graduated at age 16 from Appomattox Agriculture High School as Salutatorian and Class Prophet.  He also learned to play mandolin and guitar in groups with his brothers.

Charles graduated from the Virginia Military Institute in May 1941, with a Bachelor of Science degree in Electrical Engineering, and a Second Lieutenant commission in the US Infantry. Charles was ever thankful for the great sacrifices made by the entire family to put him through VMI.  His career in the Infantry was short lived – in a few weeks he received orders to report to Harvard University and then MIT for special classified technical training in the principles of radar, a new and secret technology.

While serving there he married Ann Boleyn Charles on December 26, 1943.  Subsequently at European Group Headquarters as Group Navigator, Captain Abbitt became the Navigator for the 90 some planes in the Commander’s C-47.  By far the most important mission was leading the Group in crossing the Rhine River, which in turn led directly to Germany’s surrender.

In May 1960 Colonel Abbitt was diagnosed to experience glaucoma in both eyes.  The Air Force Flight Surgeon grounded him permanently, leading to a decision to retire.

Charles and his family moved to Houston for his new position as Manager of Engineering, Office of Network Planning, to help Philco Houston Operations build and operate the Integrated Mission Control Center for NASA.  Charles become Manager, Mission Control Center Operations Activity, responsible for management of the MCC facility, its equipment and operations and maintenance people with the objective of operational readiness by launch time of Gemini-Titan-4, June 1965.  In this job that Charles received much praise and prestige from NASA leaders, Chris Kraft, Gene Kranz, and many others.

Charles become the MCC Program Manager, responsible for Philco’ s performance supporting President Kennedy’s challenge to have an American on the surface of the moon by the end of the 60s.  The MCC configuration updates increased as Apollo orbital flights continued and ultimately Armstrong and Aldrin landed the Eagle on the Sea of Tranquility on July 20, 1969, while Collins circled the moon.

In September 1983 Charles and Ann “faded away” to second retirement in Central Texas, first to a 100-acre farm in Bartlett, then in 1986 to Salado.  Everything was very pleasant in Salado until Ann Died on Christmas Eve 1996.

In 2005, Charles moved to The Wellington at Arapaho retirement community in Richardson Texas.  He maintained an extraordinary level of activity and service there, organizing Sunday vespers services, leading hospital visitations, etc.  He still found time for his guitar and gave occasional concerts for the residents.  Some of his performances can be seen on YouTube as “Charlie Abbitt Live at the Wellington”.

A celebration of his life will be held at Broecker Funeral Home in Salado at 10 a.m. September 3, followed by burial at Salado Cemetery.  In lieu of flowers, the family suggests donation to one’s favorite charity.