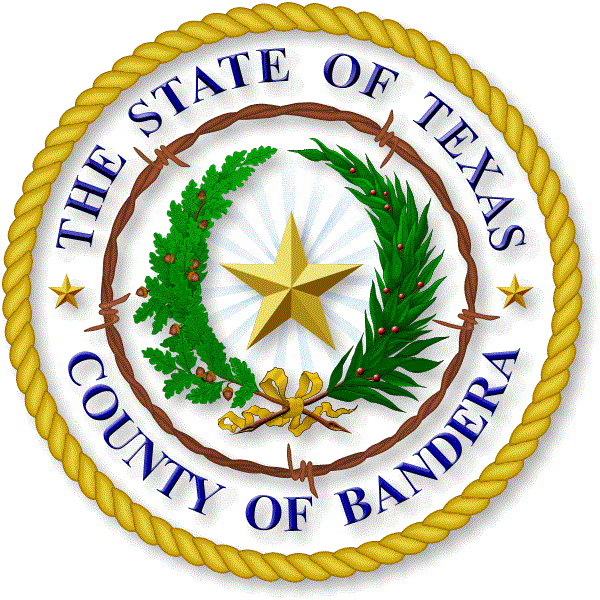 Bandera City Council voted 3-2 Monday night to rescind Ordinance No. 377, which was enacted last July. The vote was held during a special meeting following state-mandated closures of bars throughout the county on Dec. 29.

Ordinance No. 377 echoed some stipulations of Governor Greg Abbott’s Executive Order GA-32 and GA-29, such as limiting the size of gatherings and outlining mask-wearing requirements.

Council’s main discussion regarding the ordinance appeal regarded whether or not those who do not comply with wearing a mask should be charged with a Class C misdemeanor and fined up to $250, as outlined in Ordinance No. 377.

“We are not checking to make sure businesses are making people wear masks,” said Bandera Marshal Will Dietrich, who went on the record as being opposed to Ordinance No. 377.

Dietrich said that while he has received phone calls complaining about people not wearing masks in businesses, none of those calls have been from owners.

Dietrich also said enforcement of Abbott’s GA-32 is up to the business owners, but he would remove a maskeless customer for trespassing if they were asked by a business owner to leave but refused to do so.

“[Businesses] have supported us. We need to support them,” said Dietrich. “If we write one single ticket, then we have failed.”

The motion to rescind the ordinance was made by Mayor Pro Tem Rebecca Gibson.

“We ought to be able to make our own decisions,” she said. “When we start passing crap like this, people are going to rebel.”

“I’m so beyond sticking our heads in the sand,” she said. “The numbers have gone up after holidays and other major events. It’s science.” “Not everyone knows the

“Not everyone knows the current status in our county,” Kunz continued. “No information is disseminated at the county level, and I hope the city can do a better job.”

Mayor Suzanne Schauman responded to Kunz that she had spoken at length to Cowboy Mardi Gras organizers about the upcoming celebration, but tabled any further discussion on that matter until the regularly scheduled council meeting on Thursday, Jan. 7.

“He is very well informed,” Schauman said before bringing the discussion back to the rescinding of Ordinance No. 377.

Gibson’s motion to rescind the ordinance passed 3-2. Kunz and Jerry Russe were opposed, though Russe’s following motion to request businesses to post GA-32’s mask and occupancy requirements was passed unanimously.

The meeting was attended by as many as 49 participants at one time, many of whom voiced opposition to that motion.

“It’s too much for businesses to keep up with,” commented one user.

Members of the public wishing to address the council will have up to three minutes to do so. Individuals not able to attend due to space limitations may email City Secretary Jill Shelton at citysecretary@cityofbandera.org.

Items on Thursday’s agenda include discussion and possible action on approval of a street closure Cowboy Mardi Gras, removal and appointment of one or more members of the Board of Directors of the Bandera Economic Development Corporation, and closed sessions to discuss complaints filed against Mayor Schauman and City Secretary Jill Shelton.

City Hall, located at 511 Main Street in Bandera, is currently closed to the public due to COVID-19 safety concerns. Business may be conducted via the window on the side of the building or by calling (830) 796-3765.

Bandera County Emergency Management announced Dec. 28 they were informed by the Department of State Health Services (DSHS) and the Texas Alcohol Beverage Commission that all bars must close and businesses must return from 75 percent capacity to 50 percent capacity.

These cutbacks are mandated in Gov. Abbott’s Executive Order GA-32 that went into effect in October 2020 and allowed certain venues to open up to 75 percent capacity, unless they were located in a Trauma Service Area (TSA) where the number of hospitalized COVID-19 patients exceeded 15 percent of total hospital capacity.

As of January 3, the percentages of COVID-19 hospitalization was 20.52 percent and daily percentages have been over 17 percent since Dec. 27. Bandera County and oth

Bandera County and other counties in TSA P will be eligible to reapply for exemption once the hospitalization rate falls under 15 percent for seven consecutive days.

Closure orders arrived days away from many planned New Year’s parties. According to Mayor

According to Mayor Schauman, Arkey Blue’s Silver Dollar was the only establishment in the city affected by this, though many other establishments in the county such as Red Horse Saloon and The Shindig were required to close their doors.

The Shindig was planning a New Year’s Eve event that included ice cold drinks, homemade food and live music from the Broken Duckfeet, but owners Josh and Kristi Young were informed they had to cancel due to the state’s order’s.

The owners said the news of the shutdown had a tremendous impact on the servers, bartenders, and musicians committed to the event. Josh Young added visitors

Josh Young added visitors from other cities were looking forward to attending the bar’s festivities, and their plans were impacted as well.

“Perhaps this is an opportunity to reinvent ourselves,” he said. “Only time will tell.”

John Oliver, Co-Owner and General Manager of Bandera Ale Project, said he was informed by Bandera County Emergency Management Dec. 28 about the closing requirements, and he is currently serving beer to-go in accordance with TABC regulations.

BISD Superintendent Dr. Jerry Hollingsworth announced in a statement Monday that the district currently has 13 active positive cases, 12 of which are at Bandera High School and one at Bandera Middle School.

District guidelines dictate that staff or students suspected, presumptive or confirmed for COVID-19 will be directed to follow the advice from medical professionals and Center for Disease Control guidelines, including possible quarantine concluding ten days from first symptoms.

Hollingsworth said on a phone call Monday afternoon that roughly ten percent of the entire district, which totals 2,231 students and 321 staff, is under quarantine, and that some of those are doing so out of concern for personal health or the health of family member who is at high risk for COVID-19.

Both districts requested those who had COVID-19 or were exposed to anyone with the virus inform their district and quarantine before returning to school.

“We know the virus is worse right now than it has been, and we are extremely cautious about keeping our school family safe,” said MISD Supertindent Kevin Newsom in a statement.

“We will continue to follow and enforce our safety protocols at Medina ISD in order to keep a safe and healthy environment for our students and staff,” he said.

This brings the number of total cases to date to 575. The death count remains at three and 545 of those cases have been marked recovered.

Reed’s numbers come from DSHS Region 8, whose reports sometimes differ from other sources. Reed says this is because they base reports on testing labs, while other reports may be estimated.

According to Reed, DSHS’ reports tend to spike, usually on Wednesdays, due to older cases uploaded into the database.

Counties reporting 30 or fewer cases in a rolling 14-day period are exempt from GA-29, and Bandera County will be eligible to apply for exemption again once that threshold has been met.

Texas vaccine providers will be sent over 325 thousand doses in the fourth week of COVID-19 vaccine distribution, though it is still unclear when Bandera County will receive doses.

Carey Reed said the county is still in the process of acquiring vaccines, and first responders are first in line.

It is still unclear how many doses the county will be able to hold, as the vaccine is required to be kept in a cooler.

An additional 224,250 second doses of vaccination were sent out to Texas for first-week recipients.

As of Monday, Texas has received about 1.5 million first doses that will have reached 214 counties by Saturday, Dec. 9.

There are 254 counties in Texas, totaling 29 million in population as of the 2019 census.

Asylum-Seekers Stuck in Mexico Hope for Change in 2021After a day of chaos at the U.S. Capitol, Congress rejects Ted Cruz-led effort to dispute election results