Asylum-Seekers Stuck in Mexico Hope for Change in 2021 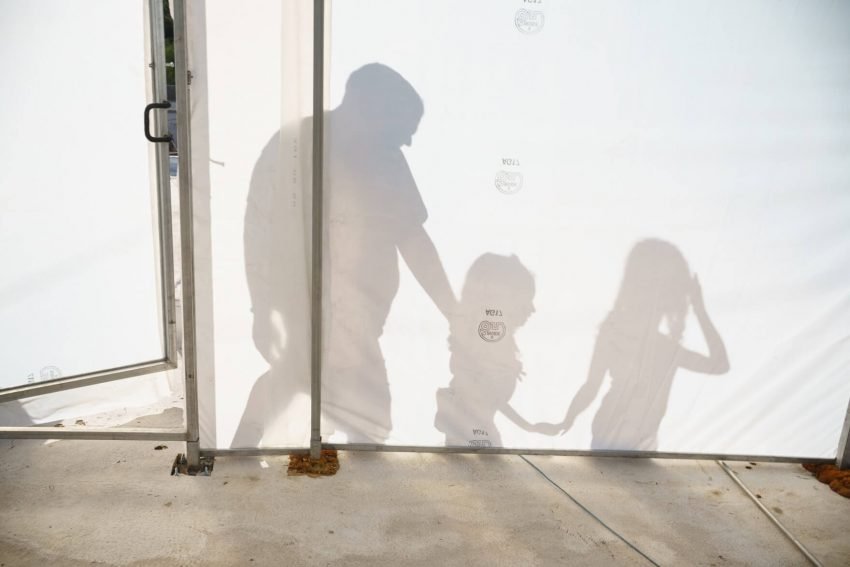 Carlo and his two daughters never expected to spend Christmas in a crowded migrant shelter. But after they fled Brazil early this year, they ended up at a church-run shelter in Ciudad Juárez.

“They had a really beautiful celebration,” he said in Portuguese.

There were decorations, a tree with glittering ornaments, and presents for all the children. Some families pooled their money together to host a big barbecue, and the shelter extended its lights out policy until midnight.

His family attended a service in the shelter’s chapel, their faces lit up by pink and green candles as they sang.

The girls enjoyed themselves, “but I felt pretty down,” Carlo said. “There’s no way to be really happy, in the situation that we’re in.”

Carlo asked KERA not to use his full name, because he is still in immigration proceedings.

He and his daughters are stuck in limbo, in Juárez, under a Trump administration policy known as “Remain in Mexico.” The policy forces asylum-seekers to wait in Mexico as their cases play out in U.S. immigration court; those cases are now on indefinite hold, due to the coronavirus pandemic.

KERA first spoke with Carlo as part of our series “The Asylum Trap.”

About 23,000 people are currently waiting in Mexico, according to a recent report from Human Rights First.

He and his daughters have passed so many milestones away from his wife, who fled Brazil before the “Remain in Mexico” policy was in place. She was allowed into the U.S., where she’s waiting out her case.

The girls miss their mother, and Carlo worries about their safety. Juárez is dangerous, he said, and migrants are targeted.

But he sees one glimmer of hope.

“We didn’t have any hope with Donald Trump,” Carlo said. “With Biden, we have hope. An expectation. Now all we can do is wait for the outcome of this situation to see what will happen to all of us here, to me and to my family.”

Like other migrants at the shelter, Carlo has gathered as much information as he can about President-elect Joe Biden’s stance on “Remain in Mexico.” He’s gleaned what he can from news stories, the director of the shelter, and lawyers.

He has this promise to hold onto, but no details.

Biden has said he will end the “Remain in Mexico” policy, but it’s unclear what that means for people like Carlo and his daughters. Will they be allowed into the U.S. while they pursue their asylum claims? If so, how and when will they enter the country?

“What we’ve been told is giving us hope, which we didn’t have before,” Carlo said. “But in the meantime, it’s just rumored, people saying what they think will happen. We haven’t been informed of anything concrete.”

Biden briefly addressed immigration at a Dec. 22 press conference. He reaffirmed his commitment to undoing Trump’s border policies, but said it would take time.

His administration won’t immediately “lift every restriction that exists,” Biden said. “The timeline is to do it so that we, in fact, make it better, not worse.”

Until Biden releases a plan, Carlo can’t know what his future will look like. For now, he’s trying his hardest to get through the holiday season and make it feel special for his daughters.

His oldest, who’s 11, said she received nice toys for Christmas. But the one thing she really wanted was to be with her mom.

“I wanted to have our family reunited all together again,” she said.

Carlo said he’s like a lot of Brazilians. He loves to have big family gatherings, where everyone is shouting, hugging, and being really boisterous together.

“The best celebration will be when we’re all together,” he said. “That’s when we’ll celebrate for real.”