A man once associated with the Mexican Mafia accused of 6th DWI, jailed for 24th time in Kerrville 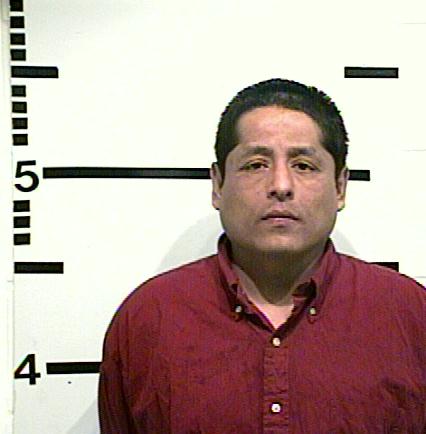 A 52-year-old Kerrville man who’s served prison sentences for DWI and organized crime was jailed for the 24th time in Kerr County since 1990.

Kerrville police arrested Librado Chacon Rodriguez III, AKA “Lee,” on Sept. 27 and accused him of driving while intoxicated for the sixth time and possessing hydrocodone without a prescription. He was released the same day on bonds totaling $10,000, according to jail records.

Upon arrival, officers saw a vehicle backing out of a parking space and were told by witnesses that the driver of the car, later identified as Rodriguez was the victim of the assault, said Sgt. Jonathan Lamb, KPD spokesman. The vehicle stopped, Rodriguez exited the driver’s side door and the officer made contact with Rodriguez, who displayed signs of intoxication, Lamb said.

“Rodriguez also had minor injuries indicative of an assault,” Lamb said. “Kerrville EMS responded to the scene to evaluate Rodriguez, who refused treatment. He also refused to give any information regarding the assault, claiming that he did not know who assaulted him.”

Rodriguez failed a sobriety test, arrested on suspicion of DWI, and taken to Peterson Regional Medical so that a blood search warrant could be executed, after which he was jailed, according to Lamb.

During the booking process, jail staff located two pills in Rodriguez’s front right pocket that were later found to be acetaminophen/hydrocodone, 325mg/10mg, Lamb said. Police recommended that Rodriguez face an enhanced DWI charge — a felony rather than a misdemeanor — due to the man’s five prior DWI/DUI convictions; two in 1992, one in 2004, and two in 2001. Police also recommended the man be charged with possessing less than 28 grams of a drug in penalty group 3, a misdemeanor.

Rodriguez was sentenced to six years in prison in 2007 for his involvement in a Robbery involving at least two other Mexican Mafia members. He wasn’t convicted of the robbery itself, but of organized crime. A law enforcement report issued following drug raids in 2011 listed Rodriguez among a dozen suspected mafia members in the Kerr County area.

Rodriguez has been convicted of felony DWI three times; twice in 2007 and once in 2012 and was sentenced to prison twice on these charges. Rodriguez pleaded guilty to arson in 1997 and was put on probation, county records indicate. He’s pleaded guilty to misdemeanor-level crimes such as assault, driving without insurance, marijuana possession, theft by check, and multiple counts of DWI and driving without a valid license.

Others recently arrested on suspicion of DWI include: