Wondering who can get a COVID-19 vaccine booster shot and when? Here’s what Texans need to know. 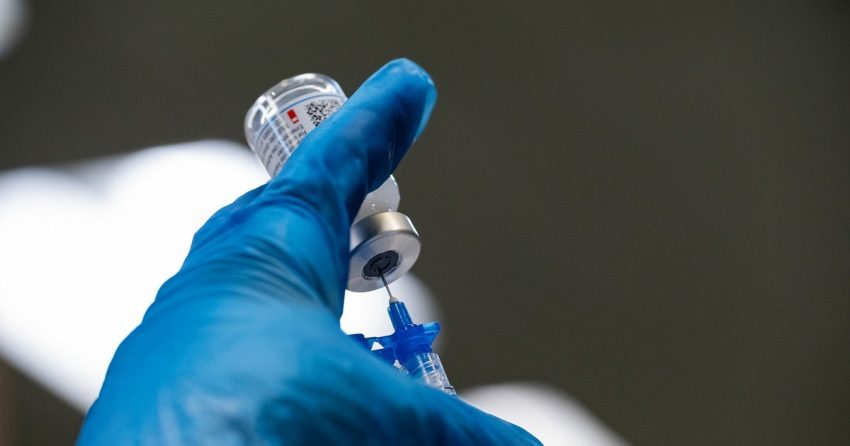 It’s been more than 10 months since the first COVID-19 vaccines became available in the United States. Almost 53% of Texans have been fully vaccinated against the virus and, despite two spikes in cases and hospitalizations this year — the first during the winter months and the second triggered by the highly contagious delta variant during the summer — the vaccination effort has been pivotal in mitigating the pandemic.

However, the protection the vaccine offers goes down with time, and medical experts have recommended a supplemental dose after two to six months, commonly referred to as a booster shot. And as the vaccine’s first-year anniversary approaches, questions have started to emerge about who can get another round of protection and when.

So far, 1.3 million Texans have received a booster shot, and although the inoculated may feel some loyalty toward the COVID-19 vaccine they first received — the two-shot Pfizer and Moderna vaccines or the one-shot Johnson & Johnson vaccine — recent FDA authorization has allowed for some mixing and matching when it comes to booster shots.

The logistics around when and who can get a booster shot can be tricky, but don’t worry — here’s what Texans need to know.

What is a booster shot?

A booster shot is a supplementary dose of a vaccine administered some time after the initial series of shots that enhances protection against an infection, said Saroj Rai, a senior scientific advisor at the Texas Department of State Health Services.

“Whatever the primary series of a vaccine is, with due time the protection from that vaccine wanes off so you give a booster to maximize the protection that one can get from a vaccination,” Rai said.

Who can get a COVID-19 booster shot?

On Oct. 20, the U.S. Food and Drug Administration updated eligibility for booster shots for adults, with the Centers for Disease Control and Prevention endorsing new recommendations for booster shots the following day.

The Pfizer and Moderna booster shots, however, are limited to certain groups.

That last point can apply to those who are 18 and older and live in long-term care settings or work in “high-risk settings” — such as first responders, health care workers and education staff.

When should I get my booster shot?

Eligible people who have received either the Pfizer or Moderna vaccine are allowed to get a booster shot at least six months after completing their initial two-shot vaccination series.

Eligible people who have received the Johnson & Johnson vaccine can get a booster shot at least two months after they first got vaccinated.

Just to be clear, am I allowed to mix and match vaccines when it comes to getting a booster shot? Is it good or bad? Does it matter?

It’s OK to mix and match vaccine booster shots. The FDA recently amended its emergency use authorization for COVID-19 vaccines to allow eligible people to do so.

Following a primary vaccination — whether they received the two-dose Pfizer or Moderna vaccine or the one-shot Johnson & Johnson vaccine — eligible populations can receive a booster shot from any of the three vaccines.

Just remember: who can get a booster shot and when depends on which vaccine you initially got.

Which vaccine should I choose for my booster shot?

People may choose to consult their health care provider to help make a decision, but the CDC has not made preferential recommendations on any combinations, Rai said. All three vaccines are effective as boosters.

Does the booster shot have any side effects?

Yes. Side effects from a booster shot can be similar to those that people get after receiving their initial vaccination series, according to the CDC.

“Fatigue seems to be a very common [thing] that we saw in dose one, dose two and we’re seeing that in the booster dose as well, so nothing that we have not experienced,” Rai said.

Pain in the injection site is another common side effect, but the CDC said most side effects were mild to moderate, and severe side effects are rare.

I’ve already received an additional COVID-19 shot on top of the mRNA two-dose series because I’m immunocompromised. Does that count as a booster?

Technically, no. In August, the CDC recommended that individuals with moderately to severely compromised immune systems who have received their initial vaccine series also receive an additional dose of the COVID-19 vaccine.

“The authorization was there so these individuals will have another dose to give them enough antibody production to come to a level [that’s similar to] the rest of us with a primary series,” Rai said.

After receiving the initial vaccine series and the additional dose, the CDC recommends people with moderately and severely compromised immune systems to receive their booster shot according to the timelines suggested above.

Where can I receive a booster shot?

Vaccines are widely available in the state of Texas and can be received at a variety of places such as local pharmacies, public health clinics and hospitals.

The CDC has also made available a national vaccine finder, where people can locate available COVID-19 vaccines in their area.

Rai suggests that people looking for a booster shot bring proof of their initial vaccination to their appointment. Documentation such as your vaccine card can be helpful to health care providers because it states what COVID-19 vaccine you initially received and the date you got it.

When will more people become eligible to receive their booster shots?

It’s unclear. The CDC has not released a timeline for when more people — like those between the ages of 12 and 17 — will become eligible for booster shots.

Will there be enough booster shots for everybody who wants one?

Neuman and Rai said vaccine availability at this moment isn’t necessarily something to worry about.

“We’re in a weird situation where there’s a vaccine surplus, and yet we’re under-vaccinated,” Neuman said.

Both said the state is in a good place when it comes to the number of vaccines that are available to the general public.

“We are in a different time than we were earlier in the year,” Rai said. “There are many easily accessible outlets for any of these three vaccines.”

Got other questions about COVID-19 vaccine booster shots? Let us know at community@texastribune.org

For Texans who want a child but have difficult pregnancies, the new abortion law just made that journey even harderCongressional Democrats ask feds to investigate whether Texas migrant arrests violate constitutional rights