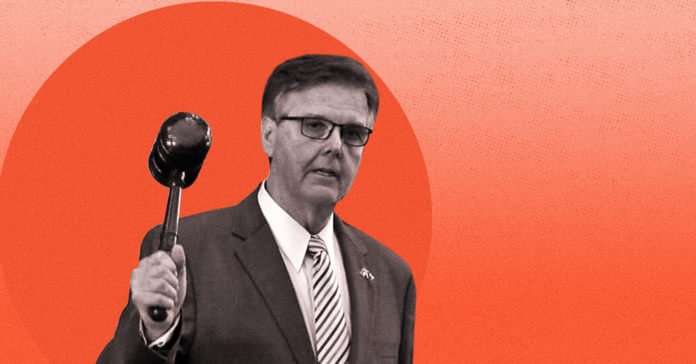 Prior to the November election, Lt. Gov. Dan Patrick made waves when he suggested if Republicans were to lose their supermajority in the State Senate, he would move to lower the number of seats necessary to bring bills to the floor.

Currently, Republicans need 19 members to bring legislation to the Senate floor in order for it to get it voted on.

But now that State Sen. Pete Flores (R-Pleasanton) has lost his bid for re-election, Republicans are one seat short of having the majority they need.

In an announcement on Wednesday, Lt. Gov. Dan Patrick’s declared his intention to adjust the current three-fifths rule to require only 18 members, the size of the current Republican majority, to introduce legislation.

If the rule is adjusted, this would prevent Democratic Senators from blocking legislation that they unanimously opposed.

With the 2021 legislative session set to open on January 12, lawmakers are preparing to write a new state budget amid significant monetary constraints, which may result in cuts to state education funding.

At the end of the previous legislative session, Texas lawmakers passed what was touted as one of the most transformative Texas education bills in recent history. House Bill 3 was designed to support teachers and create incentives for teacher excellence. It expanded early childhood education while simultaneously reducing and reforming local property taxes for Texas taxpayers.

The bill did not, however, create an alternate revenue source needed to maintain the property tax relief or the additional funds for public education.

Now as the Legislature faces pressure to cut state investments, taxpayers, parents, and educators fear the consequences for Texas families and students.

Looking ahead, education does not seem to be at the top of the legislative agenda for Republicans. Most of the pre-session posturing appears to focus on policing, health care access, pandemic response, medical marijuana, and criminal justice reform to name a few. If education falls on party lines, education legislation may end up on the back burner or off of the legislative floor.