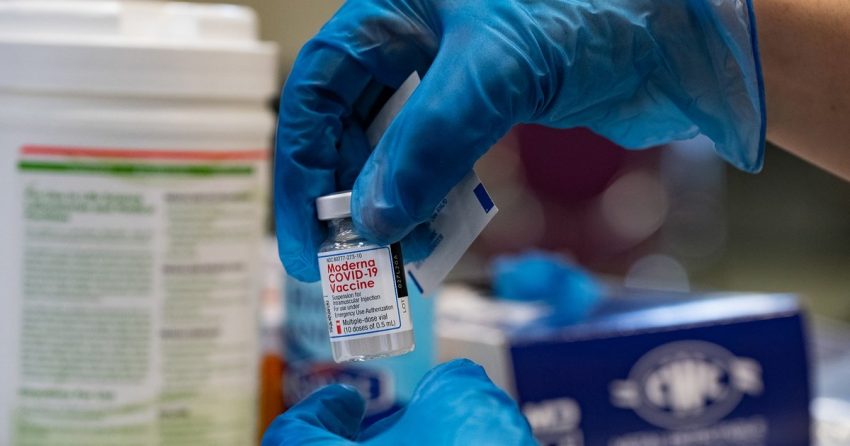 New data from the Texas health department released Monday proves what health officials have been trying to tell vaccine-hesitant Texans for months: The COVID-19 vaccine dramatically prevents death and is the best tool to prevent transmission of the deadly virus.

Out of nearly 29,000 Texans who have died from COVID-related illnesses since mid-January, only 8% of them were fully vaccinated against the virus, according to a report detailing the Texas Department of State Health Services’ findings.

And more than half of those deaths among vaccinated people were among Texans older than 75, the age group that is most vulnerable to the virus, the study shows.

“We’ve known for a while that vaccines were going to have a protective effect on a large segment of our population,” said Dr. Jennifer A. Shuford, state epidemiologist. “By looking at our own population and seeing what the impact of the vaccines have been on that population, we’re hoping just to be able to reach people here in Texas and show them the difference that being fully vaccinated can make in their lives and for their communities.”

The state health department study covers most of the positive cases and COVID-19 deaths reported in Texas among residents from Jan. 15 to Oct. 1. It’s the first time state officials have been able to statistically measure the true impact of the vaccine on the pandemic in Texas — which has one of the highest death tolls in the nation. The majority of Texans ages 16 and up didn’t become eligible for the vaccine until late March.

State health officials also found the vaccine greatly reduced the risk of virus transmission, including the highly contagious delta variant that ravaged the state over the summer.

Only 3% of 1.5 million positive COVID-19 tests examined since mid-January occurred in people who were already vaccinated.

State researchers matched electronic lab reports and death certificates with state immunization records, and measured cases and deaths since mid-January, a month after the first shots were administered in Texas.

The study was done using data similar to those used by other states that conducted similar studies and methods recommended by the U.S. Centers for Disease Control and Prevention, Shuford said.

And while the outcome was not particularly surprising, Shuford said, officials hope that the new data will increase trust in the benefits of the shot.

“Texas is a unique place; it’s got a lot of diversity, geographic and population-wise,” Shuford said. “We know that some people want to see actual numbers and that they want to see it for their own community. And so we are hoping that this reaches some of those people who have been hesitant and really just questioning the benefits of the vaccines.”

In Texas, it literally requires a disaster — like a pandemic — before the state records precise information about vaccinations. As a result, there is a record for every single COVID-19 vaccine dose of the name and age of the person who received it plus the date it was administered. Normally, vaccination records are shown to schools by parents, but details of all vaccinations are not regularly kept by a state registry in Texas, unlike nearly every other state, because it’s a voluntary system.

However, state officials still don’t have official numbers on how many vaccinated people were hospitalized with COVID-19 because hospitals are not required to report that level of data under state law.

But the state’s largest hospital districts and counties have reported that at least 90% of the hospitalized Texans with the virus were unvaccinated.

The state’s new health data comes as Republican state leaders grapple with local cities and school districts about masking, which has been proven to reduce transmission of the virus, and with federal officials over vaccine mandates.

About 53% of the Texas population is fully vaccinated. More than 70,000 Texans have died from COVID-19 since the pandemic began.

Immunity heading into the holidays

The new report is particularly well-timed, officials say, because gatherings throughout the holiday season could touch off another surge as families get together — many of them for the first time since last year — and around 9 million Texans remain unvaccinated.

Texas saw its deadliest surge of the pandemic in January, when more than 400 deaths were reported daily at its peak, a trend health officials said was likely a direct result of the holidays.

The recent Texas Coronavirus Antibody Response Survey, commissioned by the state health department in partnership with the University of Texas System, estimated that about 75% of Texans — roughly 22 million people — likely have some level of protection against the virus, either by natural immunity from being infected or through vaccination.

But that doesn’t mean infected people are immune indefinitely or that they shouldn’t get the vaccine, health experts say.

In fact, doctors, scientists and health officials urge those who have been infected to get vaccinated anyway, saying the vaccine provides a strong boost in immunity even to those who have some level of natural protection.

The Texas CARES study found that fully vaccinated participants showed significantly higher antibody levels than those who were unvaccinated but had been infected.

A week ago, the CDC found that while both vaccination and natural infection provide about six months of protection from infection by the virus, the vaccine provides a “higher, more robust, and more consistent level of immunity” than natural infection does.

And while the fact that a solid majority of Texans are estimated to have some protection from the virus bodes well for the state in its fight against the pandemic, Shuford said, it still means that millions of Texans are vulnerable to severe illness or death from the highly contagious virus, without any vaccine or natural immunity.

“Those susceptible populations can still get infected, and the holidays are the perfect time for that,” she said. “Thanksgiving, Christmas, New Year’s. These are all times that people gather together, and COVID-19 can easily be transmitted at these gatherings.”

Mandi Cai contributed to this report.

Disclosure: University of Texas System has been a financial supporter of The Texas Tribune, a nonprofit, nonpartisan news organization that is funded in part by donations from members, foundations and corporate sponsors. Financial supporters play no role in the Tribune’s journalism. Find a complete list of them here.