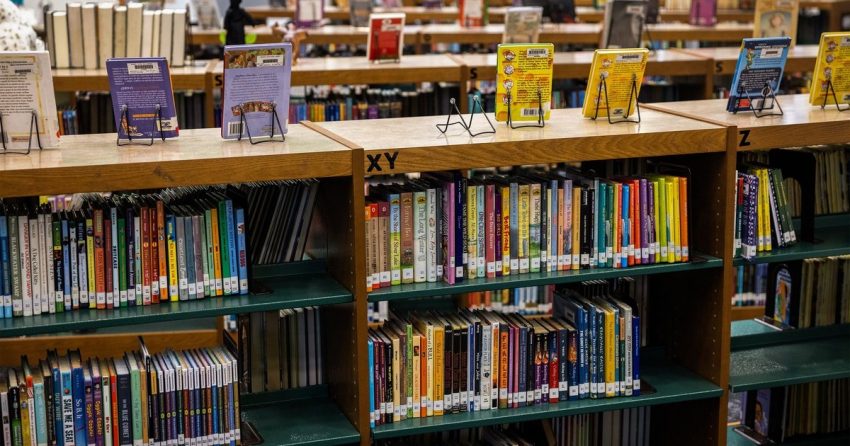 Abbott’s directive to the Texas Education Agency, Texas State Library and Archives Commission and State Board of Education comes days after the governor told another entity — the Texas Association of School Boards — to determine the extent to which “pornography or other inappropriate content” exists in public schools across the state and to remove it if found. But the association told Abbott it had no regulatory authority over school districts and suggested the governor direct his inquiry to TEA or SBOE.

The political back and forth came on the heels of Keller Independent School District removing a book — “Gender Queer: A Memoir” by Maia Kobabe — from one of its high school libraries after some parents raised concerns over the books’s graphic images. Kobabe’s graphic novel is about the author’s own journey with gender identity. At one point, it includes an illustrations of oral sex and other sexual content, along with discussions related to pronouns, acceptance and hormone-blocking drugs.

In his Nov. 8 letter, Abbott mentioned that book along with “In the Dream House” by Carmen Maria Machado, which the governor said “describes overtly sexual and pornographic acts.” That book along with several others, the governor said, was recently removed from classrooms in Leander Independent School District. “In the Dream House” is a memoir that examines an abusive relationship between two women.

Abbott told education officials Monday that the Texas Association of School Boards had “attempted to wash its hands clean of the issue by abdicating any and all responsibility in the matter.”

“Given this negligence, the State of Texas now calls on you to do what the Texas Association of School Boards refuses to do,” Abbott wrote, saying that the standards the entities develop “must ensure transparency about the materials being taught in the classroom and offered in school libraries.”

In statements later Monday, heads of the TEA and SBOE said they would work alongside the other to develop those statewide standards as requested by the governor.

Texas Education Commissioner Mike Morath said the TEA “takes seriously” Abbott’s “call for action on this mater of great importance to families of Texas public school students.” And Keven Ellis, SBOE chair, said Texas public school families “should have the reassurance that their children are not at risk of being confronted with pornographic and obscene material when they are in school.”

The question of inappropriate content in public schools has also gotten recent attention from state Rep. Matt Krause, a Fort Worth Republican, who launched an inquiry into certain school districts over the types of books students can access. Krause, a member of the hardline conservative Texas House Freedom Caucus who’s also running for state attorney general, included in his inquiry a roughly 850-book list that included novels about racism and sexuality and asked the districts to identify which of those books were available on school campuses.

The lawmaker, who asked districts whether they had those books and how much money was spent on them, has declined to offer specifics beyond that, saying he does not want to “compromise” a pending or potential investigation as chair of the House General Investigating Committee.

Meanwhile, another Texas House Republican, state Rep. Jeff Cason of Bedford, has asked Texas Attorney General Ken Paxton to launch a statewide investigation into Kobabe’s novel and others of similar content. The attorney general’s office has not responded to requests for comment.

The drama has played out against the backdrop of the Legislature passing two laws earlier this year restricting how teachers can talk about race-related subjects in school.

GOP lawmakers advocated for the legislation to push back against what they describe “critical race theory,” an academic discipline that holds that racism is embedded in legal systems and not limited to individuals. It’s taught at the university level, though it has become a common phrase used by some Republicans to include anything about race taught or discussed in public secondary schools.

Brian Lopez contributed to this report.

Disclosure: Texas Association of School Boards has been a financial supporter of The Texas Tribune, a nonprofit, nonpartisan news organization that is funded in part by donations from members, foundations and corporate sponsors. Financial supporters play no role in the Tribune’s journalism. Find a complete list of them here.