U.S. Supreme Court will consider Texas’ near-total abortion ban on an expedited timeline. The law remains in effect for now. 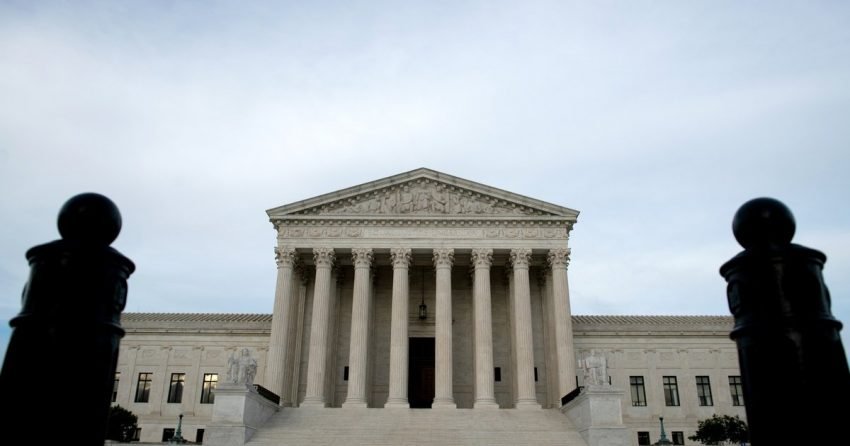 The U.S. Supreme Court has agreed to fast-track two Texas cases involving the state’s near-total ban on abortion, but it refused to halt the law from being enforced.

The high court has scheduled oral arguments for Nov. 1.

The court will take up the cases brought forward by abortion providers and the U.S. Department of Justice against the ban, according to a court opinion from Justice Sonia Sotomayor on Friday. It will review the procedural merits of both cases, rather than the constitutionality of abortion, while enforcement of Senate Bill 8 remains in effect.

In her opinion, Sotomayor offered a partial dissent of the Supreme Court’s decision to keep the law in place while the court deliberates over the two cases.

“By delaying any remedy, the Court enables continued and irreparable harm to women seeking abortion care and providers of such care in Texas—exactly as S. B. 8’s architects intended,” Sotomayor wrote.

The court’s decision to expedite its involvement was a rare move, brought on by a law that has garnered national attention because of its extensive limits on abortions and the peculiarities of its enforcement: It is enforced not by state officials but by private citizens who are empowered to sue those who help someone receive an abortion after fetal cardiac activity is detected, before many people know they are pregnant.

Dale Carpenter, a constitutional law professor at Southern Methodist University, said the court will likely focus on clarifying whether states can “evade constitutional obligations” by handing the enforcement of a law to private citizens, and if not, what the appropriate way to enforce such a law might be.

The Supreme Court’s review of the cases is “really just focused on the mechanism by which the Texas law is enforced, not the substance of the law itself,” Carpenter said.

The court opinion comes after Texas urged the Supreme Court on Thursday to allow SB 8 to stay in effect. U.S. attorneys had asked the Supreme Court to leapfrog the 5th U.S. Circuit Court of Appeals, which is overseeing the case, and step in. Texas Attorney General Ken Paxton wrote in Thursday’s filing that the federal government lacks standing in the case.

The 5th U.S. Circuit Court of Appeals, one of the most conservative appellate courts in the country, froze an order from a federal district judge that temporarily blocked enforcement of SB 8 earlier this month. U.S. attorneys are now asking for the Supreme Court to undo the 5th Circuit’s ruling and allow district court proceedings to continue.

Abortion providers also asked the high court to fast-track a separate lawsuit. The Supreme Court’s Friday decision to hear that case is unique because it hadn’t been heard by a federal appellate court yet, Blackman said.

Normally, the Supreme Court considers getting involved in a case only after an appeals court has had a chance to make a decision on it. But abortion providers filed a request called a “certiorari before judgment,” a rarely used procedure in which the high court immediately reviews a district court’s ruling without waiting on an appellate court to take action.

John Seago, legislative director of the anti-abortion group Texas Right to Life, said he was surprised at how quickly the Supreme Court took up the two Texas cases but was looking forward to the questions the justices will be considering.

“The legal limbo is excruciating for both patients and our clinic staff,” Miller said in a statement. “Lack of access to safe abortion care is harming our families and communities and will have lasting effects on Texas for decades to come.”

During a news conference on Friday, Amna Dermish, regional medical director at Planned Parenthood of the Greater Texas, said turning patients away has been “catastrophic” for her.

“The reason I became a doctor is to heal and to help” people, she said. “I’m being forced to carry out the state’s agenda, and a radical agenda that was always about scoring a political victory.”

SB 8 is the culmination of a decadeslong push from anti-abortion groups to limit abortion in the state. The law relies on private citizens to enforce it by allowing them to sue anyone who “aids or abets” a woman getting an abortion. Private citizens who sue and win are entitled to at least $10,000, plus their legal fees, from defendants. The law’s tactic skirts the legal precedent set by Roe v. Wade and subsequent rulings that protect abortion rights.

But despite the Supreme Court’s current conservative tilt, Carpenter said it’s not easy to predict how the court will rule on the issue since the questions being asked do not necessarily have to do with the right to an abortion.

“Even conservative justices on the court would be concerned if a state — any state, a red state, a blue state, any state — can evade constitutional scrutiny by simply handing over enforcement of constitutional violation to private citizens, and that applies to any right,” he said. “This potentially cuts across ideological lines. I don’t think you can predict how the justices will vote simply based on how they might or might not vote on abortion.”

In December, the Supreme Court will hear oral arguments in a Mississippi case that focuses on a state law that never went into effect but would have banned abortions after 15 weeks’ gestation, targeting precedent under Roe v. Wade. The 1973 landmark case legalized abortion before fetal viability.

“It’s a case where I would expect the Supreme Court to come up with a rather clean ruling,” Seth Chandler, a law foundation professor at the University of Houston, said of the Texas cases, calling the accelerated decision to hear oral arguments likely a compromise among the court’s justices.

If the court were to rule that the mechanism of how the Texas law is enforced is unconstitutional, the DOJ case could possibly go back to the 5th Circuit, where the appellate court could determine whether the law should be blocked, Carpenter said. The 5th Circuit already has oral arguments scheduled for the abortion providers’ case no earlier than December.

On the other hand, if the Supreme Court rules against the plaintiffs in both cases, it’s likely there won’t be much left to do to stop SB 8 from being enforced, Carpenter said.

“If the federal government loses on the grounds that it doesn’t even have the power to bring a lawsuit, this is effectively over for the federal government,” he said. “If [an] abortion provider can bring a lawsuit, but they can’t actually enjoin state courts, state judges, state clerks and private parties, then there’s really not much that’s going to be effective in stopping SB 8.”

Kailyn Rhone and James Pollard contributed to this report.

Disclosure: Planned Parenthood of Greater Texas, Southern Methodist University and the University of Houston have been financial supporters of The Texas Tribune, a nonprofit, nonpartisan news organization that is funded in part by donations from members, foundations and corporate sponsors. Financial supporters play no role in the Tribune’s journalism. Find a complete list of them here.