U.S. Rep. Vicente Gonzalez will run for a different House seat in 2022 after redistricting made his more competitive 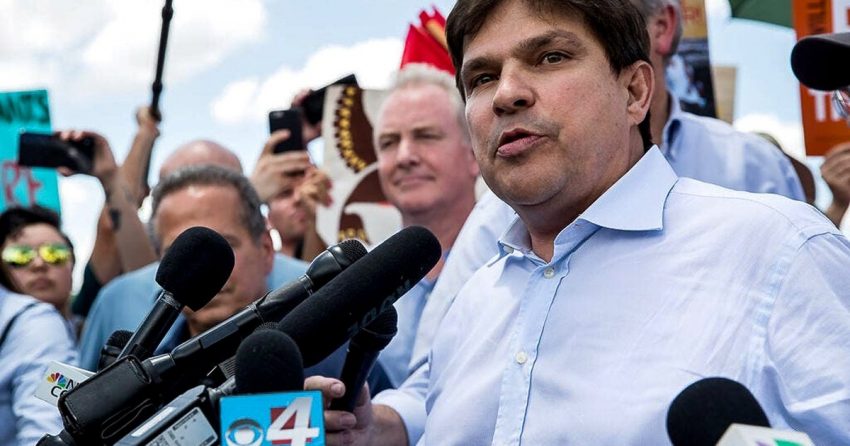 U.S. Rep. Vicente Gonzalez, D-McAllen, announced Tuesday he is running for reelection in the 34th Congressional District rather than his current 15th District.

Gonzalez had been considering the move due to redistricting, which made the 15th District more competitive for Republicans — and the 34th District safer for Democrats. U.S. Rep. Filemon Vela, D-Brownsville, is retiring in the 34th District, and he has voiced support for Gonzalez’s switch.

Gonzalez’s decision was made more likely by the final version of the congressional map that Gov. Greg Abbott signed into law Monday. The map redraws the 34th District to include Gonzalez’s residence.

“Texas Republicans stripped hundreds of thousands of constituents out of the 15th District of Texas, which I currently represent, and moved them along with my residence into the 34th District of Texas,” Gonzalez said in a statement. “I intend to continue my work in Congress as a strong voice delivering for working families across South Texas.”

Gonzalez’s announcement included a supportive statement from Vela, who said there is “no one I trust more to stand up for the Rio Grande Valley and our values in Congress than Vicente.”

Contrary to Gonzalez’s statement, it was a Democratic amendment that moved Gonzalez’s home into the 34th District. State Rep. Ryan Guillen of Rio Grande City offered the amendment on the House floor, saying it was “based on local preferences,” and it easily passed. Gonzalez’s campaign did not respond to a request for comment on the amendment Tuesday.

Gonzalez was staring down a tough race in the 15th District, where he won reelection last year by a surprisingly close margin and his 2020 challenger, Monica De La Cruz, is running again with the support of national Republicans. She reiterated Monday she remains committed to the 15th District.

Under the map that Abbott signed Monday, the 15th District shifts from one that President Joe Biden won by 2 percentage points to one that Donald Trump would have carried by 3 points. The 34th District, meanwhile, goes from a district where Biden had a 4-point margin of victory to one that he would have swept by 16 points.

Gonzalez’s decision sets off a scramble to fill the Democratic primary in the 15th District. The primary has attracted at least two candidates in recent days: Ruben Ramirez, who ran for the seat in 2016, and Eliza Alvarado, an education advocate.

On the Republican side, De La Cruz has been able to keep her primary clear until recent days, when she drew underdog opponents in Mauro Garza, a former congressional candidate from the San Antonio area who has a home in McAllen, and Ryan Krause, De La Cruz’s former opponent in the 2020 primary runoff for the 15th District.

“Gonzalez is abandoning his constituents in Texas’ 15th district and running elsewhere because he knows he can’t win over the voters who know him best,” Torunn Sinclair, a spokesperson for the National Republican Congressional Committee, said in a statement. “This doesn’t bode well for Democrats’ majority in 2022.”

Meanwhile, Gonzalez may not have the primary to himself in the 34th District. Rochelle Garza, a former lawyer for the American Civil Liberties Union, has been running for months.

“After this redistricting process, it is clear that Republicans’ only concern is retaining power and not on representing Texans,” Garza said in a statement after Gonzalez’s announcement. “The growth of the Latino population in the state has been completely ignored and is not reflected in the final maps. I am considering next steps, but regardless of what I decide, my commitment to the people of the Rio Grande Valley and the state of Texas remains unwavering.”

State Rep. Alex Dominguez, D-Brownsville, had been considered a potential candidate for the 34th District, but with Gonzalez switching races, Dominguez may run for something else. His team confirmed Friday that he was instead exploring a primary challenge to state Sen. Eddie Lucio Jr., D-Brownsville.

An FDA panel will decide today whether to recommend approval of the Pfizer vaccine for kids ages 5-11. Here’s what that means for Texans.Texas reaches $290 million settlement with Johnson & Johnson in nationwide opioid case