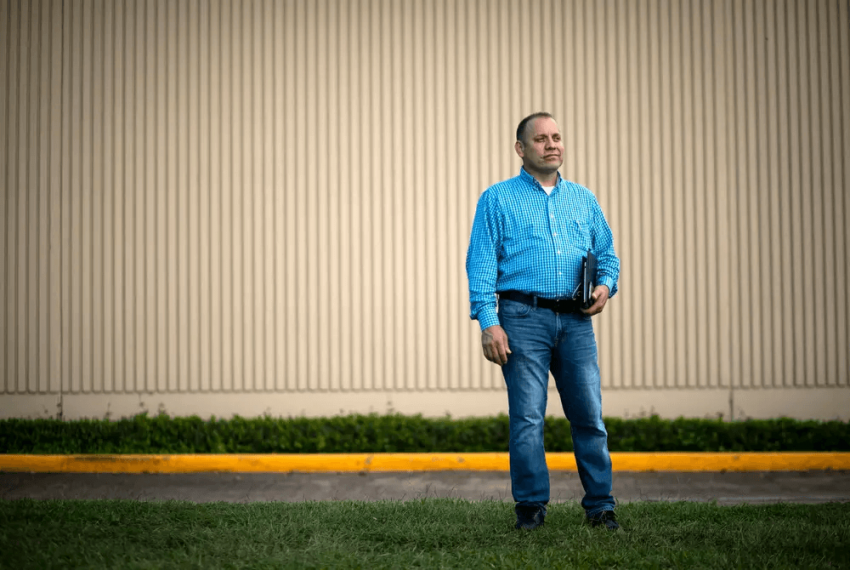 Despite knowing that everything he’s worked for over the past three decades could be wiped out within months, Gerson Bonilla hasn’t started thinking about coming up with a Plan B.

Bonilla, 49, fled his native El Salvador in 1989 during that country’s violent civil war and received permission to legally stay under a humanitarian program called Temporary Protective Status, which allows citizens of countries experiencing conflict, natural disasters, or other emergencies to take temporary refuge in the U.S.

The program was established in 1990 under President George H.W. Bush and currently offers protection for more than 300,000 immigrants living in the U.S. In 2017, about 45,000 people from El Salvador, Honduras and Haiti lived in Texas under the program, according to a report by the Center for American Progress. Those families had a combined 53,800 U.S. citizen children, according to the report.

Bonilla’s journey took him to Houston, where he found work and got married. He now has four U.S. citizen children, a mortgage and owns an HVAC installation and repair business.

But in a victory for the Trump administration and its immigration hardliners, an appellate court last month ruled the White House could end the program for recipients from El Salvador, Nicaragua, Haiti and Sudan.

The 2-1 decision by a three-judge panel of the 9th Circuit Court of Appeals will also apply to TPS recipients from Honduras and Nepal who are part of a separate lawsuit, Ahilan Arulanantham, a lawyer for the American Civil Liberties Union of Southern California, told the Associated Press last month.

Arulanantham said his team is preparing to seek a review of the case, Ramos v Nielsen, by a larger group of 11 judges. Of the 9th Circuit’s 29 members, 16 were appointed by Democrats and 13 by Republicans. A timeline on a final decision is unclear.

Some conservative groups argue that TPS holders only been allowed to remain in country for decades because of biased judges. They have cheered the court’s decision to end the program.

“The fact that the legal and justifiable termination of TPS has been delayed for this long is further evidence that pernicious judicial activism must be reined in,” Dan Stein, the president of the Federation for American Immigration Reform, said in a statement after last month’s ruling. “This ruling represents a win for the idea that the American people should be able to provide needed and appropriate temporary humanitarian relief, with the full expectation that their generosity will not be taken advantage of when the emergency is over.”

If the appeals court or the U.S. Supreme Court doesn’t reverse the earlier ruling, Bonilla could be sent back to a country he has only visited once in more than 30 years.

“We have to keep working, we have to survive the pandemic,” he said. “We’re going to keep moving forward, one way or another, life continues. We’ll see if there is a change in the administration” on Election Day.

Meanwhile, many immigrants with protected status are turning to civic activism to put pressure on elected officials. The National TPS Alliance announced a 54-city bus tour in response to last month’s decision that includes visits to 32 states where TPS holders will engage with voters and teach them about the program and the benefits its recipients bring to the country.

Gloria Soto, a 32-year-old TPS recipient who arrived in the United States from Honduras when she was 8 years old, said she can’t just sit and dwell anymore.

“At the beginning [after the court ruling] it was sad and disappointing and the anxiety came,” she said. “But at this moment I am really of a strong mind that I am going to fight for my status.”

Like Bonilla, Soto also has a mortgage and U.S. citizen children, including a 14-year-old special needs daughterwho was born prematurely. She’s worked at a finance company in the Dallas area for four years and has few connections to her native Honduras, where she said medical care for her daughter would be hard to find.

She said people like her deserve a shot at living in the country without worrying if their TPS benefits will be extended once again.

“There are always going to be people who have taken advantage of the TPS, but what about the ones who have been really good residents of this country?Why not give that option to become a [permanent] resident to those who have a business, those who have property, those who have kids and that have been filing their taxes?”

TPS recipients and their allies are pushing for legislation to allow some TPS recipients the opportunity to apply for legally residency. TPS protection doesn’t automatically lead to permanent residency, but recipients can apply for other forms of relief like a nonimmigrant visa or an adjustment of immigration status, according to U.S. Citizenship and Immigration Services.

And while she waits for better news, Soto said she has faith things will ultimately work out for people like her and Bonilla.

“We are fine and we’re going to get through,” she said. “How many times have they tried to cancel TPS before?”