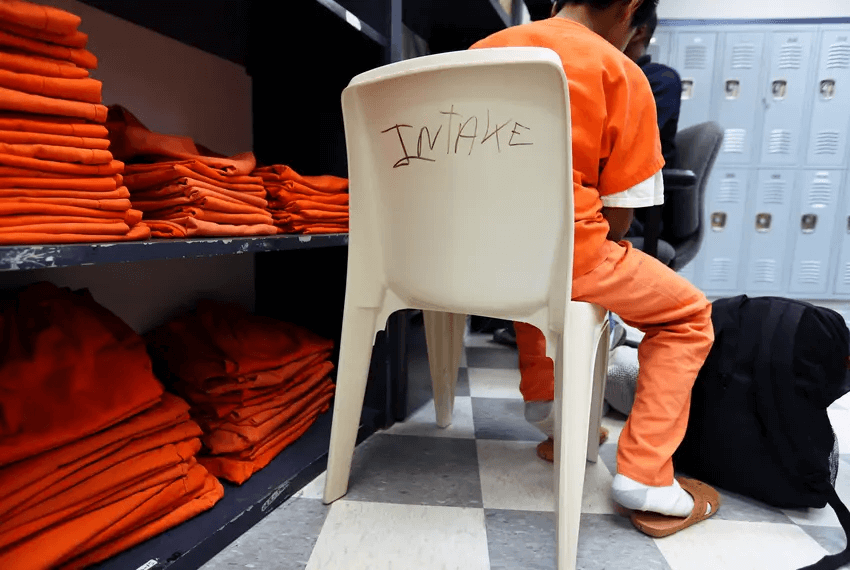 By Dan Rosenweig-Ziff at the Texas Tribune, October 21, 2020

Children in Texas’ youth lockups are suffering from widespread sexual assault and other constitutional violations, reform advocates wrote Wednesday in a complaint urging a federal investigation into the state’s five youth lockups.

The complaint is the latest criticism lodged by several people and entities — from reform advocates and the state legislature to Gov. Greg Abbott— in what’s been more than a decade of chronic understaffing, abuse and scandal within TJJD.

“The state facilities are not just failing the youth in them, they are hurting them,” said Brett Merfish, director of youth justice at Texas Appleseed. “Ongoing understaffing leads to an overall lack of safety.”

Still, the agency has undergone some major reforms in recent years. In 2007, after media reports highlighted physical and sexual abuse at state-run facilities, concerned judges stopped committing as many juveniles to state custody and the Legislature implemented several reforms to shift money from the state’s lockups and into local probation departments. As TJJD has encouraged more reliance on county facilities and reduced the number of state youth lockups from 12 in 2007 to five today, there has been a sustained drop in juveniles detained in state lockups.

The five youth lockups, which are in mostly rural areas far away from urban centers, had an average of 800 youths per day in 2019 — an average of 160 per facility — down from the 909 they had in 2018. Reform advocates and the TJJD have noted the need to further reduce the youth lockup population to under 100 per day.

“Efforts to reform the remaining facilities have never taken root,” the complaint says. TJJD did not immediately respond to requests for comment on the complaint Wednesday morning.

In 2018, the TJJD board appointed Camille Cain as the eighth head of the agency since 2007.

Additional findings from the complaint include a large number of incidents of physical abuse from staff, staffing shortages and a lack of mental health workers, a third of whom are not licensed.

“Mental health is key to youth rehabilitation,” said Beth Mitchell, a top attorney at Disability Rights Texas. “Without quality mental health care, youth are more likely to be a danger to themselves and others.”

Staffing shortages, the complaint alleges, have also led to unchecked gang activity across the lockups. The government inspector who examines the facilities has found that a lack of supervision of residents has led to an increase in tattooing, including gang tags.

To address some of its issues, TJJD released its Texas Model Plan for Reform for the upcoming legislative session. The plan requests more funding for county facilities and proposes more state facilities closer to urban centers to address staffing shortfalls.

Advocates said in the complaint that this plan does not do enough to address the systemic issues plaguing TJJD. Since the coronavirus shut down facilities, it is harder for state inspectors to survey other potential issues.

“The constitutional violations of youth in the custody of TJJD at the five state secure facilities are well-documented, on-going, and in need of further investigation,” Merfish and Mitchell wrote in the complaint.