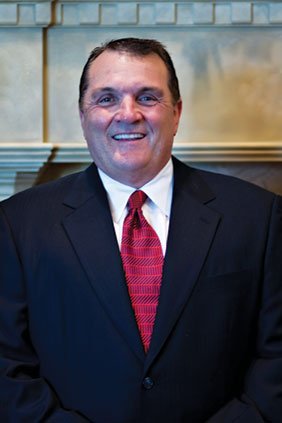 (NewsUSA) – We all know the story of Rudy, the undersized legend whose fierce desire to play football for Notre Dame made him one of the school’s most famous graduates in history. Rudy has the kind of tenacity you can’t help but admire. That’s the thing about underdogs, they never give up.

Now that the 1993 movie “Rudy” from Tristar Productions has been immortalized on the shelf as a beloved classic, Daniel “Rudy” Ruettiger shares the real, no-holds-barred, story in his autobiography “Rudy: My Story.”

If you think you know the man who sacked the quarterback in the last 27 seconds of the game as fans chanted his name, you likely only know the Hollywood sports icon. But the book shows the story behind the man — Ruettiger’s childhood and his motivations, his failures and successes.

He was the oldest son of an oil refinery worker in a strapped family of 14 children. It wasn’t the kind of childhood that encouraged ambitious goals, but Rudy’s dreams rose out of his modest home on the outskirts of Chicago. Those dreams took him from the clutches of despair to the glory of being a Notre Dame walk-on. He was carried off the football field on the shoulders of his teammates. But it wasn’t all easy living from there.

Although Ruettiger is an inspirational hero who showed us how pure integrity and perseverance always triumph, his autobiography goes behind the scenes to reveal a regular guy. Ruettiger now uses the mistakes he made and the lessons he learned to motivate audiences across the country as an inspirational speaker.

As one of the most popular speakers in the U.S., Ruettiger reminds us how humble fame is born out of dire conditions. Fans and Midwest locals know that talk of Notre Dame means talk of the legendary Rudy — one of the most illustrious universities in America still celebrates an average Joe from Joliet, Ill.

But anyone who reads “Rudy” the book will learn more than that. They’ll learn of a little boy’s growing love for the Fighting Irish as he watched them at night on TV.

“Growing up in the Midwest, you start hearing about this place called Notre Dame before you can talk. It’s a Catholic thing. You weren’t even sure what college really meant, but the idea of it, the myth of it, the legend loomed large: If you were Catholic, you automatically had this dream of Notre Dame planted in your head. And if you went to Notre Dame, you were somebody.”