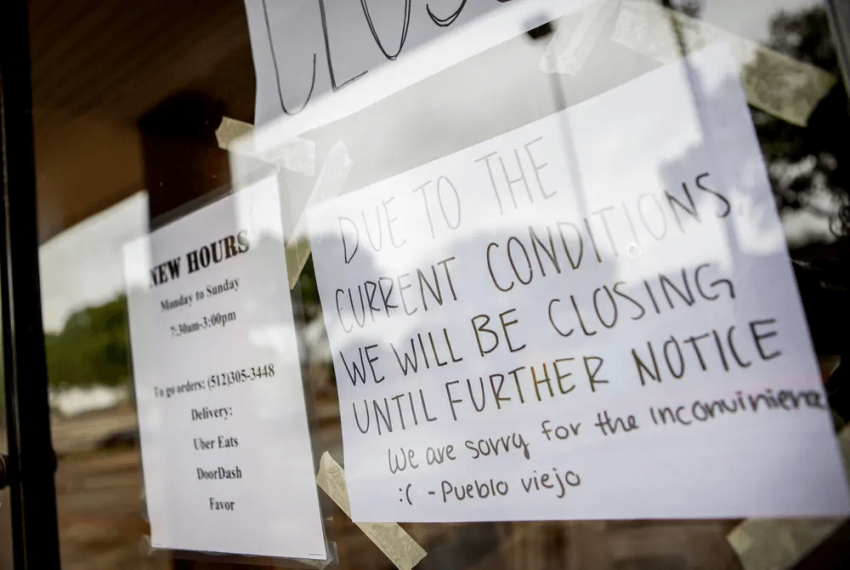 By Mitchell Ferman at the Texas Tribune, October 16, 2020

The uptick, economists said, shows how some industries that had hoped to weather the coronavirus pandemic’s economic recession have not been able to do so and instead have announced large numbers of layoffs. The announcement also shows that a lot of Texans are jobless seven months into the pandemic despite widespread business reopenings across the state.

Friday’s announcement provides what could be the clearest snapshot of the Texas economy ahead of the Nov. 3 elections. Peter Rodriguez, Dean of the Jesse H. Jones Graduate School of Business at Rice University called the increase “evidence that we didn’t take the short route out of the recession.”

“We’re going to be here for a little while,” he said.

The airline industry has been particularly hard hit in recent weeks. That sector laid off tens of thousands of people as the travel industry continues suffering during the prolonged pandemic, according to The Washington Post. American Airlines is based in Fort Worth, Southwest Airlines is based in Dallas and United Airlines counts Houston as one of its hubs.

“What we saw with companies like the airlines and others are happening throughout the economy,” Rodriguez told The Texas Tribune. “Airlines held out in hope for more rapid recovery. But as that hope faded, a lot of them cut back more and made tough choices.”

The U.S. Department of Labor is expected to release the state-by-state unemployment rates Tuesday. A spokesman for the workforce commission said next week’s release from the labor department will also show Texas’ unemployment rate in September was 8.3%.