Texas Senate Hispanic Caucus wants an investigation into Fort Hood. At least nine soldiers stationed there have been found dead this year. 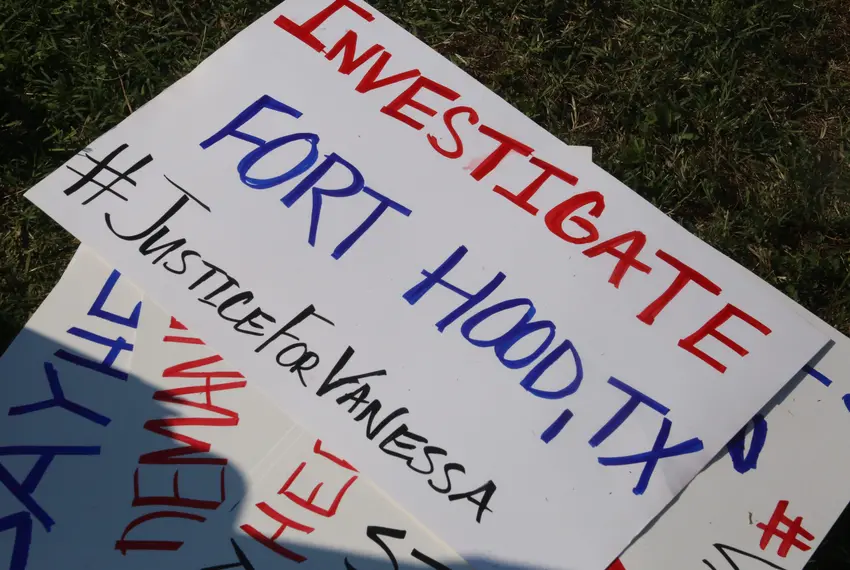 Photo by Jennifer Babich for USA Today Network via REUTERS

A dozen Texas Senate members are reupping their request for a congressional investigation into the Fort Hood military base after a soldier was found dead earlier this week, becoming at least the ninth person stationed at the Killeen post to have been found deadthis year, according to officials and media reports.

The body of Sgt. Elder Fernandes was found Tuesday in Temple, about 30 miles from the base, roughly a week after he was reported missing. Temple law enforcement officials said foul play was not suspected.

In May, Fernandes reported he had been a victim of sexual assault. Army officials said Wednesday that an investigation determined the inquiry was unsubstantiated and that Fernandes was made aware of the results, according to The Washington Post. But an attorney for the Fernandes family said Thursday that Fernandes, who was transferred to a new unit after reporting his assault, was harassed and bullied over it before his death.

Earlier this summer, the remains of 20-year-old Army Spc. Vanessa Guillén, who had reportedly told her family that she was harassed on base, were found in Bell Countyafter the soldier had been missing since April. The circumstances surrounding Guillén’s death sparked protests across major cities in Texas, with demonstrators calling on the military to reform its investigations into sexual assault allegations.

After her remains were found, the U.S. Department of Justice said the main suspect in Guillén’s death, fellow Fort Hood soldier Aaron Robinson, killed himself when confronted by police.

In July, after Guillén’s remains were found, the Army called on an independent panel to review the base’s command climate. But in a letter Friday, the Texas Senate Hispanic Caucus said that the review did not include an examination of the base’s policies and processes with sexual assault or harassment cases, as well as soldier deaths or disappearances. The caucus sent the letter to Secretary of the Army Ryan McCarthy, Gov. Greg Abbott, members of Texas’ congressional delegation and Scott Mras, legislative liaison to McCarthy.

“While we acknowledge the U.S. Army is taking steps to examine the base, these reviews are still led and conducted by the U.S. Army itself,” the caucus wrote. “Anything other than a thorough transparent investigation into the processes, discipline, and the United States Army’s handling of the matters in their aftermath would be a disservice to the [Guillén], Morales, Morta and now Fernandes families.”

Other lawmakers and elected officials have recently called for changes to the base. U.S. Sen. John Cornyn, R-Texas, for example, wrote a letter to McCarty this week before Fernandes’ body was found saying that changes were needed to “better safeguard the soldiers stationed there.”

When reached for comment later Friday, a spokesperson for the Army told The Texas Tribune via email that, as with all correspondence involving elected officials, the department “will respond directly to the authors of the letter.” The email also cited the July 30 announcement of an independent review of the military base.

A spokesperson for Abbott did not immediately respond to a request for comment.

Remote learning was chosen by 27.7% in BISDTexas officials want to cut funding for women's health services while preserving an anti-abortion program