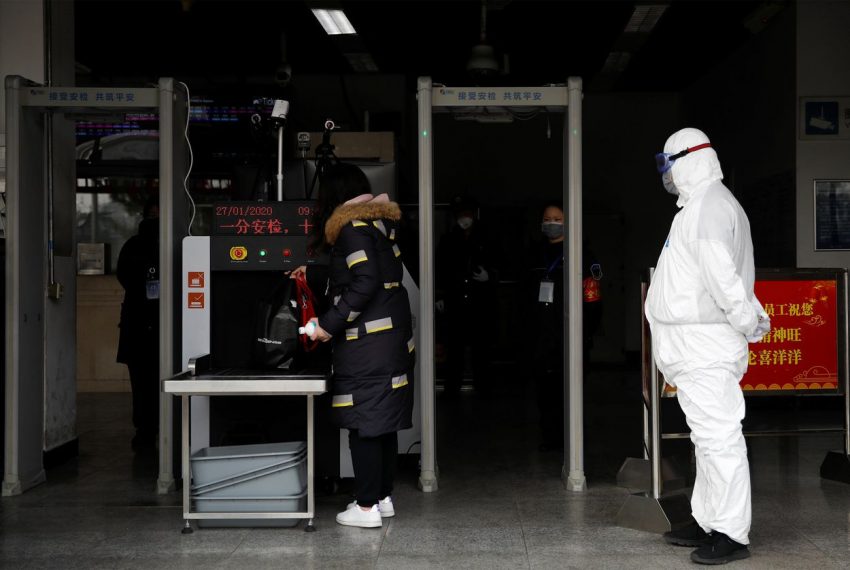 In the midst of an outbreak in China of the new coronavirus, a worker in a protective suit looks on as a woman enters a subway station in Beijing.  REUTERS/Carlos Garcia Rawlins

After multiple false alarms in recent days, Texas health officials confirmed Monday that there are no confirmed cases of the deadly coronavirus in the state.

All four suspected cases of the virus have tested negative, said Chris Van Deusen, a spokesman for the Texas Department of State Health Services.

The virus has killed dozens of people and shut down a city in China, health officials said Monday.

“[It’s] good news that travelers and health care professionals are aware of the concern and testing guidance and are pursuing testing through the public health system when it’s needed,” Van Deusen said.

Two Texas schools — Baylor University and Texas A&M University — announced that they had students suspected of being infected with the virus. The A&M student traveled to campus from Wuhan, China, where the virus originated. Two other possible cases were also tested in the state, though officials did not provide locations of those patients.

As of Monday morning, at least 80 people who contracted the illness died, The New York Times reported. The deaths have been confined to China, but health officials in several other countries have confirmed cases, including five in the United States.

The confirmed cases in the United States are in Arizona, California, Illinois and Washington state. More cases are expected, but U.S. health officials said risk to the general public remains low.