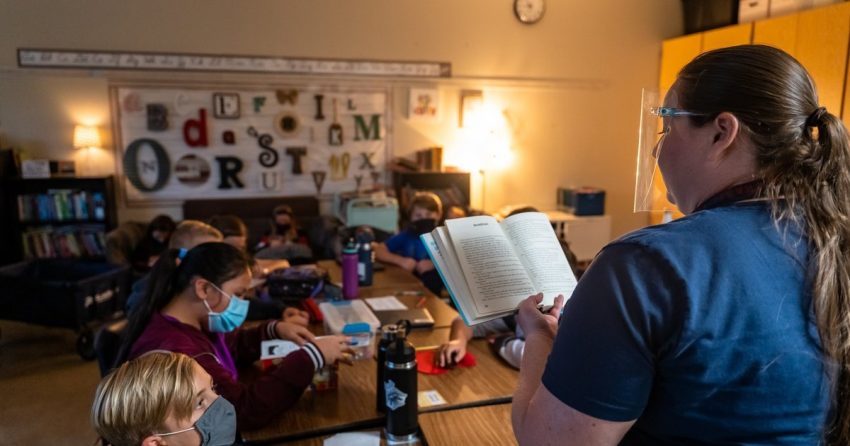 BY CASSANDRA POLLOCK AND BRIAN LOPEZ at The Texas Tribune, OCT. 29, 2021

State Rep. Matt Krause said he will not be offering specifics related to his inquiry over which books about racism and sexuality are available at certain Texas public schools, such as how the roughly 850-book list included in his request originated, which districts received his letter or how those districts were chosen.

The Fort Worth Republican, who chairs the House General Investigating Committee, said he was limited in what he could say because it could compromise a potential or pending investigation. But House Democrats, many of whom have accused Krause of trying to censor progressive literature, are stressing that school districts are not compelled to respond.

“It’s the practice of the General Investigating Committee to not comment on pending or potential investigations,” Krause, a candidate for state attorney general, told the Tribune on Friday. “You don’t want to compromise anything with a potential investigation by divulging any of the information that’s supposed to be confidential and privileged.”

Krause’s comments came days after the lawmaker notified the Texas Education Agency that he is “initiating an inquiry into Texas school district content,” according to an Oct. 25 letter obtained by the Tribune.

Krause included in his letter a 16-page list of roughly 850 book titles and asked the districts whether they had those books, how many copies they had and how much money was spent on them. His letter didn’t provide information about his intentions or what possession of the books would mean for the districts.

Krause’s list of titles includes a number of bestsellers and award winners, including the 1967 Pulitzer Prize-winning novel “The Confessions of Nat Turner” by William Styron and “Between the World and Me” by Ta-Nehisi Coates. The list includes books that help kids respond to bullying and others that center on LGBTQ characters, in addition to telling stories about the Black Lives Matter movement.

The inquiry comes after the Texas Legislature passed two laws this year aimed at restricting how teachers can talk about race-related subjects in school, pushed by GOP lawmakers who have taken aim at so-called “critical race theory” in schools.

Krause referenced the laws in an interview with Dallas radio host Mark Davis on Friday morning and said his inquiry “could be a big benefit for those school districts who are going through the inventory to say, ‘Hey, do we have something that could be in violation [of state law] or do we not?’”

It’s unclear which Texas school districts have so far been targeted by Krause, but Fort Worth, San Antonio, Houston, Austin, Round Rock, Northside and Spring Branch independent school districts all confirmed to the Tribune they had received his letter.

“As for other reading material, our lead professional school librarian monitors reviews of new titles and consults with national clearing houses as well as other school librarians, educators, and parents to provide the best and latest titles for our students,” Scribner said. “We have a process for parents to request a review of any title found in their campus library that may help present a concern.”

Scott Thomas, Austin ISD spokesperson, said the school district determined a “response is not necessary, especially since anyone can search our library” on a school website.

Robyn L. Harris, Dallas ISD spokeswoman, said Krause’s inquiry was an “unofficial request and as such we are not going to respond to it.”

Jenny Caputo, the district spokesperson for Round Rock, said it would “take significant staff time to gather the information to reply to this request.” The other school districts said they were still reviewing the request.

Democrats have stressed that Krause doesn’t have subpoena power, which the lawmaker agreed with Friday by characterizing his inquiry as an attempt to find out “whether something needs to be followed up with or not.”

In a memo to its members and staffers earlier this week, the House Democratic Caucus wrote that while Krause “may act on behalf of the whole committee to ‘inspect the records, documents, and files’ of school districts” thanks to a motion adopted by committee members earlier this year, the lawmaker’s authority does not extend to requiring school districts to create new documents related to his inquiry.

Democrats have also questioned why the lawmaker has declined to specify where that book list originated or how certain school districts were chosen.

“In my view, this isn’t an investigation — this is a fishing expedition,” state Rep. Chris Turner, a Grand Prairie Democrat who chairs his party’s caucus in the lower chamber, told the Tribune. “It’s completely legitimate to ask where the list of books came from and how that was formulated, as well as how the list of school districts [Krause] sent this to was formulated. There’s no reason that those questions cannot be answered.”

Earlier Friday, Krause told Davis, the Dallas radio host, that the some 850-book list isn’t “exhaustive” or “exclusive,” and that a book included did not necessarily mean that it needed to be removed from library shelves.

“It just means that it has some content in it that may be touched by new provisions that were passed by the Texas Legislature,” Krause said. “I think it’s always important for the Legislature to know the effects of what it’s doing — is it too broad, is it too narrow, is it too precise, is it not broad enough?”

Krause’s vice chair on the committee, Dallas Democrat Victoria Neave, who did not respond to a request for comment Friday, called Krause’s move “yet another attempt by Republicans to censor the voices of people of color” in a statement earlier this week that was supported by other groups including the House Democratic Caucus, LGBTQ Caucus, Texas Legislative Black Caucus and Mexican American Legislative Caucus.

Other Democrats like Turner have suggested that Krause’s move is “clearly a campaign stunt” as part of his bid challenging Texas Attorney General Ken Paxton. At least three Republicans are vying to unseat Paxton. Krause, for his part, said he would not have used an issue “that I thought was going to be completely private and that I can’t comment on.”

Meanwhile, state Rep. Jeff Cason, R-Bedford, called on Paxton on Friday to initiate a statewide investigation into a novel that the lawmaker said “touches on subjects that are not appropriate for school libraries and may even be criminal for its representation of minors participating in sexual activities.” Cason also asked Paxton to investigate other books of similar matter “as well as the legal ramifications to school districts that approved of these types of books.”

The attorney general’s office did not immediately respond to a request for comment.

Kevin Reynolds contributed to this report.