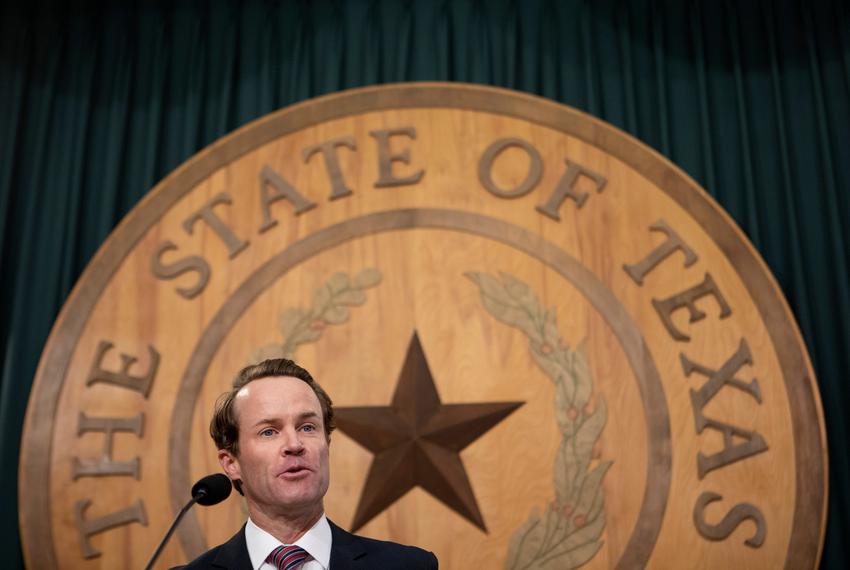 The Texas House on Tuesday elected state Rep. Dade Phelan as the next House speaker, ushering into office a new leader who will oversee a chamber facing its toughest set of legislative challenges in years against the backdrop of the ongoing coronavirus pandemic.

The House voted 143-2 for Phelan, with four members not voting. The two members who voted against Phelan were GOP freshmen Bryan Slaton and Jeff Cason.

Phelan, a Beaumont Republican, replaced former House Speaker Dennis Bonnen, who retired from office thanks to a secret recording scandal that fractured relationships in the 150-member lower chamber. Phelan has billed himself as a figure who has earned the trust of his colleagues and who wants to lead the House by letting members drive the business of it.

Phelan’s election to the gavel was one of the House’s first orders of business Tuesday, when the Legislature gaveled in for the 2021 legislative session.

The issues on the Legislature’s plate this year, such as grappling with projected shortfalls to the state budget and redrawing the state’s political maps, are expected to be particularly grueling as lawmakers legislate during a public health crisis — and how Phelan handles the challenge as a new leader under a brighter-than-ever spotlight will be one of the most consequential dynamics at the Capitol as business gets underway.

As he addressed House members for the first time as speaker Tuesday, Phelan acknowledged the tough agenda and traced through a few of the chamber’s priorities, saying that members would prevail if they ignore “external parties seeking to divide us for their selfish purposes” and instead “embody the grit and resolve of our constituents.”

“We must all do our part — not as Republicans or Democrats — but as Texans and Americans,” he said. “Let us unite in one common purpose to do what is right for the people of Texas.”

Phelan also emphasized items like public education and regulations on businesses, saying of the latter that “the red tape cut by Governor Abbott” last year during the pandemic was “a lifeline” for small businesses in Texas.

“Public and higher education shifted curricula online, telemedicine made health care accessible in every corner or the state, and 51 years after putting a man on the moon, we figured out how to sell margaritas to go,” Phelan said. “The Texas Legislature should embrace these regulatory changes, learn from them, and eliminate unnecessary, burdensome regulations from our statutes once and for all.”

After Phelan’s election, Gov. Greg Abbott addressed the chamber, congratulating the new speaker and emphasizing a line from Phelan’s speech about permanently repealing some regulations that the governor suspended during the pandemic.

“It is essential to me that the speaker is in favor of keeping alcohol to go” in Texas,” Abbott said.

Phelan, who has served in the lower chamber since 2015, had bipartisan support for his nomination for speaker, with Republicans Will Metcalf of Conroe and J.M. Lozano of Kingsville delivering speeches of support. State Rep. Nicole Collier, D-Fort Worth, also spoke in support of Phelan, describing him as someone who will unify the body and listen to members.

“While we may be on opposite sides of the political aisle, we all reside in the same house. It is the love that we have for our house that makes it our home,” Collier said. “And when it comes to our home, we will do what’s necessary to take care of it, to protect it. Dade Phelan knows this, because he has the desire to build us up, not tear us down. He wants to bring us together, not divide us.”

Tuesday’s election was expected; the day after Election Day, Phelan announced he had more than the needed votes to secure the gavel. Since then, he has been transitioning from House member to House speaker, assembling his policy staff and outlining his vision for the session during media interviews.

Later Monday, Slaton, one of two House Republicans who voted against Phelan for speaker, released a statement explaining his vote, saying he couldn’t vote for someone “who has refused to articulate to Republicans whether or not he believes we should have a true conservative session.”

Slaton’s apparent frustration with the new leadership tapped into a similar sentiment that’s been playing out with the new Texas GOP Chair, Allen West, who called Phelan last year a “political traitor” for getting support from Democrats in bid speaker bid.

Gov. Greg Abbott promises to ramp up COVID-19 vaccinations across Texas during 2021Computerized Training on the rise