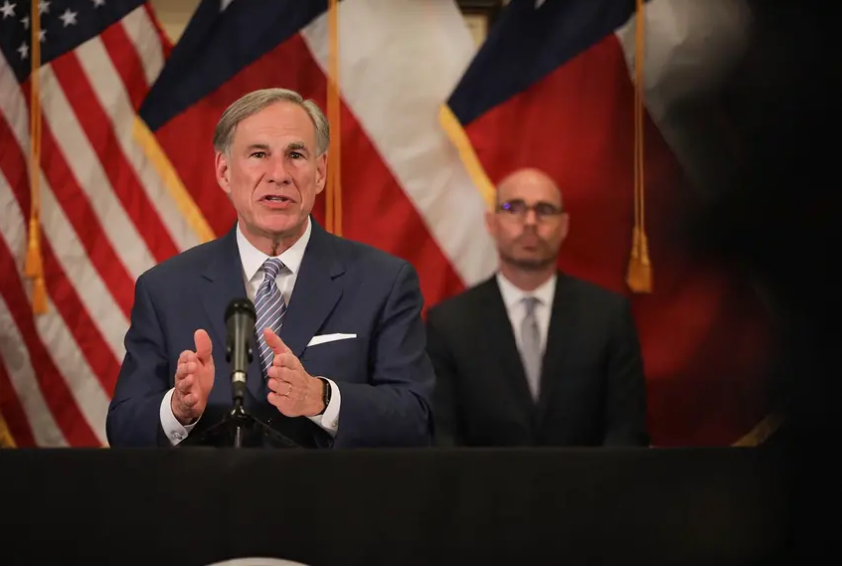 Abbott said last week that if the spread of the virus didn’t slow, “the next step would have to be a lockdown.” But in a television interview Thursday, he said that there have been rumors of such a move and stressed that they were not true.

“Let me tell you, there is no shutdown coming,” he told KRIV-TV in Houston.

Abbott pointed to measures he’s taken in recent weeks, including a statewide mask mandate and an order shutting down bars, to slow the spread of the virus. It will take a few weeks to see a reversal in coronavirus case surges, he said.

He has repeatedly stressed this week that, if people wear masks, he’ll be able to avoid shutting down the state. On Wednesday, he told KPRC-TV in Houston that it seems like people ask him about a shutdown “like a thousand times a day.”

“People are panicking, thinking I’m about to shut down Texas again,” he said. “The answer is no. That is not the goal. I’ve been abundantly clear.”

As of Thursday, there were 10,457 people in Texas hospitals with the coronavirus. That was down slightly from a peak of 10,569 on Tuesday, but still an 8% increase from a week ago and more than four times the number a month ago. Abbott described seeing a “flattening” of hospitalizations. The state has reported 3,561 deaths from the virus.

“We are certainly not out of the woods yet, but this could be a glimmer of hope,” Abbott said of the recent hospitalization numbers. “But the only way we can avoid a shutdown is if we do get everybody buying into this process of wearing a face mask.”

Earlier Thursday, Abbott defended his coronavirus response at the Texas GOP convention after acknowledging widespread discontent among party members. Several Republican officials have voiced their criticism of Abbott’s statewide mask order. “The last thing that any of us want is to lock Texas back down again,” he said during the virtual convention.

But Democrats continued to push for Abbott to take more action to stem the spread of the virus.

“Governor Abbott should start listening to public health officials and members of his own coronavirus taskforce before he makes blanket claims,” Abhi Rahman, a state party spokesperson, said in an email. “After experiencing record deaths today and over 10,000 new cases, it’s shocking that Abbott continues to double down on his failed policies and positions.”