Texans were rescued by the U.S. after stranded in Peru. Now, the bills are arriving. 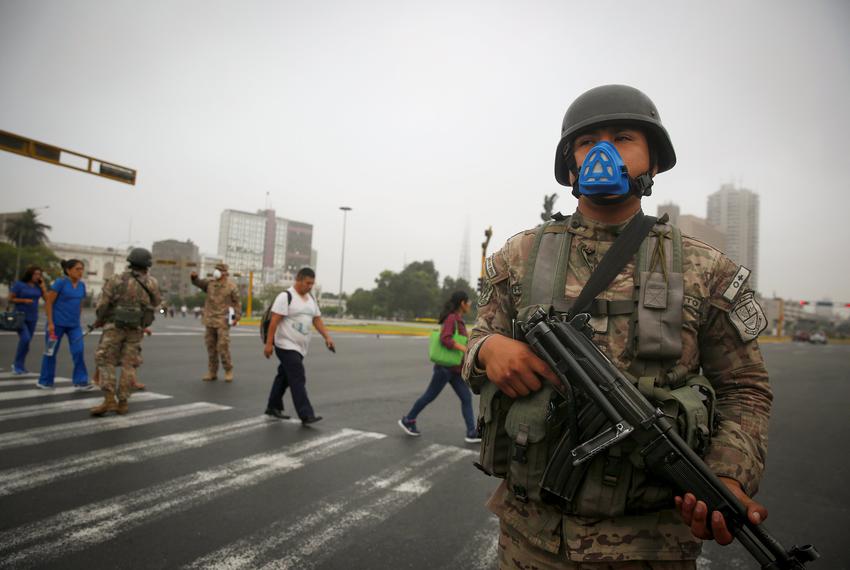 By Shannon Najmabadi at the Texas Tribune, November 17, 2020

Iqra Beg is one of dozens of Texas tourists who were stranded in Peru in March, after the South American country abruptly shut its borders because of the burgeoning coronavirus pandemic.

Under a military-enforced curfew, the Texans spent days frantically trying to contact the unresponsive U.S. embassy and consulate, spending hundreds of dollars extending their hotels and Airbnbs and growing increasingly panicked when they couldn’t find open flights back to the U.S. to their jobs and families.

They thought the nightmare was over when government-chartered planes arrived to fly them to Miami.

The U.S. State Department has sent letters toTexans like Beg in recent weeks asking for repayment for the repatriation flights and threatening to withhold tax refunds or social security payments if the debt goes unpaid for months. Many of the tourists signed promissory notes before boarding the flights back promising to pay, without knowing exactly how much they would owe until they received the bill.

Those Texans are among the more than 100,000 citizens and permanent residents the State Department has helped bring back during the coronavirus pandemic, with less than half taking government chartered-flights and agreeing to pay the cost, a department official said. Most of the remainder bought tickets for commercial flights and, in rare cases, a U.S. military or government aircraft was used, according to the official.

Lawmakers in Congress have tried unsuccessfully to waive payments for the repatriated Americans — with U.S. Senator Catherine Cortez Masto, a Nevada Democrat, saying “for many, getting home meant thousands of dollars in unanticipated expenses incurred through no fault of their own.”

But a bill co-sponsored by Masto and six other lawmakers — none from Texas — has failed to pass.

The Texas Tribune interviewed or reviewed bills received by a half-dozen Texans marooned in Peru, most of whom was charged around $1,300 for an evacuation flight, and said the cost was higher than they expected. Interest will be added if they don’t pay within a month of the due date, and they could be placed in the crosshairs of a private debt collection agency, have their credit damaged or their wages garnished if the debt goes unpaid long enough, the letters say. Their payments are due in October and November.

“The reimbursement amount established is the reasonable commercial airfare immediately prior to the events giving rise to the evacuation, or the cost of the charter divided by the number of passengers, whichever is lower,” the letters say.

Beg, a Dallas educator, said she hadn’t expected the bill to come seven months later and to be so high, after she already spent hundreds of dollars to extend her hotel in Cusco, pay for an overnight stay in Miami and then a domestic flight from there to her home in Dallas. She had tried to cancel her March visit to Machu Picchu as coronavirus concerns grew but was told by her travel company that the $1,000 all-inclusive trip would not be refunded. Her original return flight, also booked through the travel company, was not refunded, she said.

The State Department is required by law to seek reimbursement for “evacuation assistance” up to what would be considered reasonable commercial airfare in a normal time, the official said. It has sent some 24,000 billing notices worth about $41.4 million and received about $21.5 million in payments so far, according to data provided by the State Department official. It had received approximately 25,700 promissory notes as of last week.

Though some Americans had raised concerns about the pricing of return flights, the official said the State Department “did not set or control the prices,” “does not have authority to do so” and that private carriers who did determine the bills “stepped up to offer commercial rescue charters under extraordinary circumstances from difficult locations.”

“These are not ‘business as usual’ commercial flights during normal times, and they cost significantly more to operate,” the official said. Financial risk assumed by the airline and the fact that one leg of the plane’s journey would be without passengers are factors that could drive up the cost, the official said.

Airline executives have said the last-minute nature of the flights — and routes through places where they may not usually fly — leaves them with little time to negotiate prices and contract with vendors who load baggage, clean aircrafts, and the like.

Latam, the airline that flew Beg and several other Texans interviewed by the Texas Tribune, did not answer questions before publication.

Texans who received the bills said it’s the latest episode in a disorganized government effort to retrieve citizens stranded abroad. The State Department warned Americans to avoid all international travel on March 19, several days after the Peruvian borders were sealed.

President Donald Trump initially seemed to blame the tourists for being stuck in Peru, and some said they felt abandoned as other nations came to retrieve their citizens. Beg and others holed up in hotels or hostels, traded information and worried about those who were missing work or running low on medicine as the days ticked by. Armed officers patrolled the streets, and the Americans were instructed to only leave to go to make essential visits, like to get food or medical care.

Nine days after the border closed, Beg saw an email from the U.S. embassy at 6 a.m. It said a flight from Cusco to Miami was scheduled for that morning and that she should be outside the airport in two and a half hours.

She walked 2 miles to get there, with a half-dozen other Americans — including an elderly man who had been cutting his pills in half each day to make them last, Beg said.

“You’re just in such a desperate state to get out…. You’re like: ‘If I miss this flight, will I be able to get another one?’” she said.

Jana Miller, a 34-year-old from Richardson, found temporary housing at a hostel in Peru when the borders closed and after failing to find any available flights out of the country, she resigned herself to staying and waiting out the lockdown.

But on March 25, a woman Miller befriended at the hostel — another Texas resident — was notified there was a government-chartered flight out. She raced to the airport — walking four miles before dawn to get there — and told Miller to follow and see if she could get on the flight. She did.

Miller said just a bag of chips was served on the roughly 8-hour flight, which made a stop in Lima. She ate a foot and a half worth of Subway sandwiches after landing and spent the night in the Miami airport waiting for a morning flight to Dallas.

She was prepared to pay but expected the bill would be for a “reasonable amount,” she said.

“Flights were averaging, like $350. And so my thought was: ‘This is a one way ticket. Surely it’s not going to be so extravagant that it’s going to be unmanageable,’” she recalled.

When a bill for $1,300 arrived seven months later, she sent a photo of it to her coworkers and jokingly told her roommate she’d be eating a lot of Ramen noodles in the days ahead. Her coworkers surprised her by pooling together enough money to pay it off.

Jonathan Du, a student at the University of Texas at Austin’s LBJ School of Public Affairs, said the repatriation process “could have been handled better” and that the confusion over the bills was a “case study in government bureaucracy” and the effect of the coronavirus.

He reached out to the State Department to get answers when he returned, worried that the bill would get lost in the mail and go into default and leave him with interest payments or unable to renew his passport. He never got an email back from the department, he said. He eventually spoke to an official on the phone in October — after initially only reaching a voicemail — and gave them his credit card information.

The State Department official said the agency is processing an “unprecedented” volume of bills and that its website notes there are a huge number of emails due to the large-scale nature of the repatriation efforts.

But Du said he can’t imagine what it’s like for people unable to pay thousands of dollars right away, or who “might have missed their bill or aren’t at the same address anymore or just don’t even know it’s coming.”

That might have happened to Lauren McKinney, a junior at the University of Texas at Austin. She thinks her bill was sent to her old apartment because her sister — who was in Peru volunteering before becoming stranded with McKinney — already got one for around $1,300. She has requested that a bill be sent to her virtually and is hoping to work out a payment plan with the government as she doesn’t have the ability to pay that amount of money. Her sister’s bill is due in mid-November, McKinney said.

“I was hoping since there’s a pandemic still going on and people are still asking for stimulus checks… Not that this would be waived, but it just seems a little odd that it’s so clear that so many Americans are struggling financially currently, and this is the time they chose to send the bill,” she said.

Cloth Masks Protect the Wearer Not Only Others, New Recommendations from the CDCDrought conditions worsening across Texas