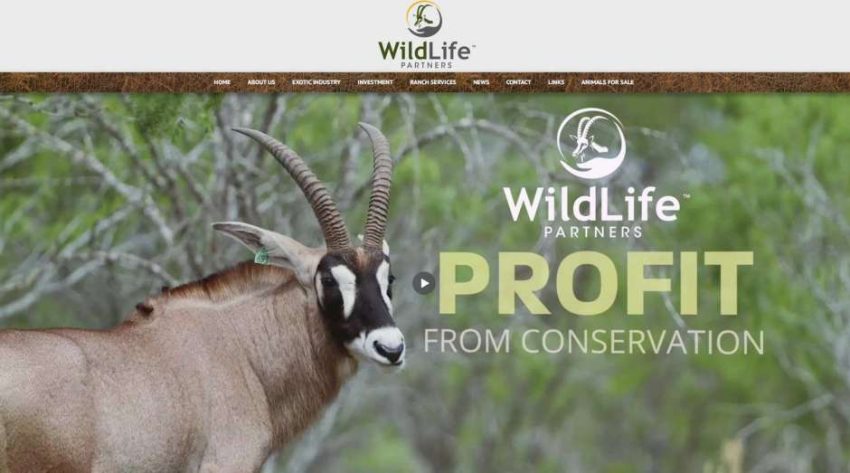 WildLife Partners operates two ranches — in Mountain Home in Kerr County and Pettus in Bee County — where it breeds more than 50 species of exotic wildlife, according to its website.

WildLife Partners says it operations “serve as a great example of how successful wildlife conservation can be once a capitalistic motive is employed.” It adds it has “invested millions of dollars in infrastructure and has assembled the best staff in the industry. On our ranches, there are thousands of animals, and births almost every day.”

Joseph Gullion, who managed WildLife Partners’ day-to-day operations as chief operating officer, though, has a much different take on the business and its founders.

Gullion accuses WildLife Partners co-founders Brian and Chris Gilroy of failing to maintain proper records for tracking animals, as well as revenue and expenses, commingling funds and using company assets to support their own personal lifestyles. The allegations were made in a lawsuit filed Friday in state District Court in San Antonio.

WildLife Partners has been paying for Brian Gilroy’s truck, his wife’s luxury SUV, Spurs tickets, golf and gym memberships, all while the couple were drawing salaries, the suit says.

“Brian was living a rather extravagant lifestyle off of the investor money and sales proceeds,” the complaint alleges.

Gullion wants the court to appoint a receiver to take control of WildLife Partners.

“Basically, we are blowing the whistle, for lack of a better term,” said Ryan Reed, Gullion’s lawyer. “We think that a bunch of the investors are now going to follow suit…and file their own lawsuit.”

Gullion is a former Navy fighter pilot who served as president of Boeing Airplane Services, where he expanded the engineering and modification services business and increased annual revenue from $265 million to $3.2 billion in just three years.

Gullion, WildLife Partners’ president, and Brian Gilroy met while on an airplane in 2018. Gilroy previously founded an oil and gas exploration company, placing about $100 million of investment capital in various projects, his bio says. He started WildLife Partners in 2016.

WildLife Partners manages the ranches and oversees the animals on behalf of the partnerships, Reed said.

Prospective investors can request offering materials via WildLife Partners’ website. There’s a $100,000 minimum investment and accredited investors must have at least $1 million of net worth, not including their home.

Gullion says WildLife Partners was plagued by a lack of cash. Partnership funds were used for WildLife Partners’ operations, which meant there was not enough money to buy animals, his suit says.

WildLife Partners also wasn’t tracking animals appropriately, so it was difficult to know what partnership an animal belonged to, Reed said. WildLife Partners was responsible for animal sales, too.

“And in many cases, what we’ve seen is that the funds stay in WildLife Partners LLC and are not remitted back to the partnership,” Reed said.

Gullion says he started to lose sleep and his blood pressure climbed because of the “constant games Brian continued to play with the purchase and sale of animals.”

Gullion adds he never received his $150,000 annual bonus for 2018 and 2019, as well as for part of this year. He ultimately resigned because of the “fraudulent conduct.”

Besides his own claims, Gullion is suing on behalf of the investors. He alleges violations of Texas securities laws, including that the company sold unregistered securities.

“We want to tee up the issue for how the money has been raised and accounted for,” Reed said.

In Texas, the lowest-income workers don’t qualify for additional unemployment aidTexas Parents Opting for At-Home Learning Over the Classroom